Zhao Bixiang’s aesthetic concept was refreshed by foreign buyers on the speed -ups.

Bottom pants, the more flowers, the better; the more the model’s buttocks, the more popular that style. 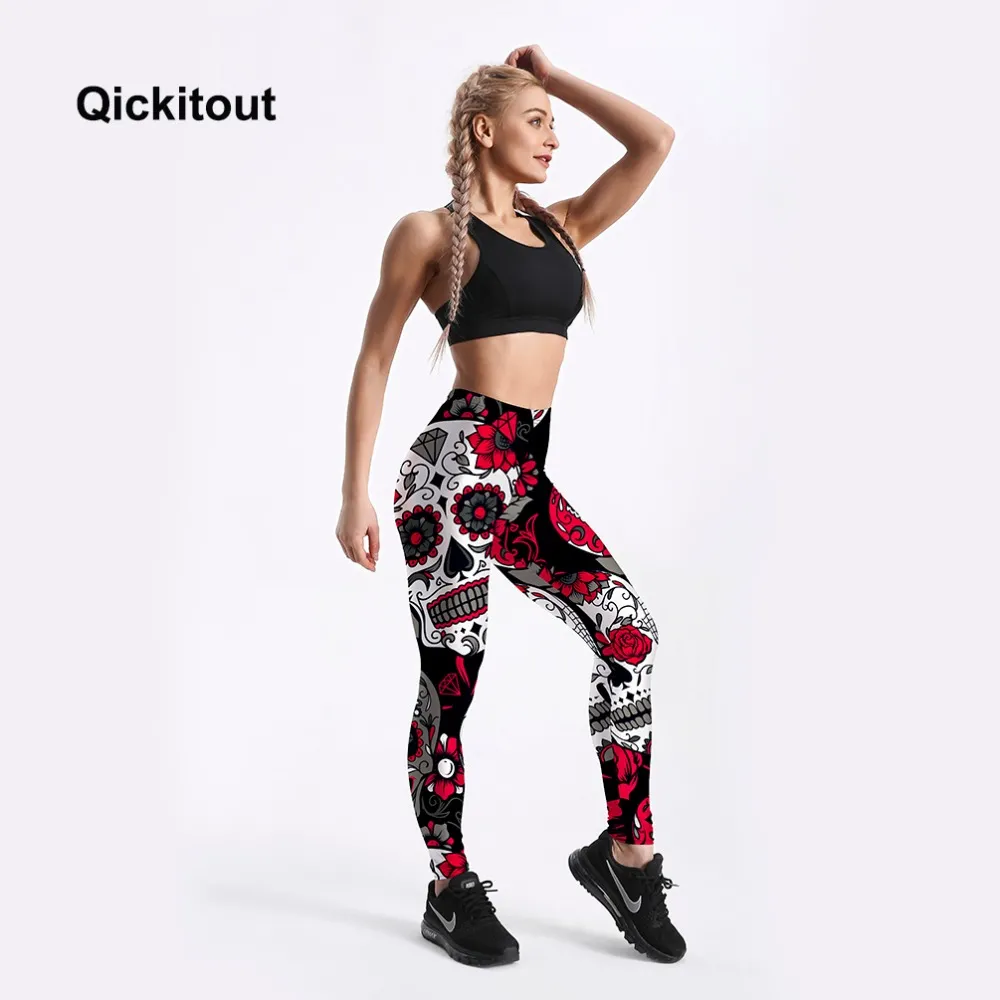 She stunned the pure black thick leggings wrapped in her legs, saying “I can’t understand.” Although the design, process, and sales of printed bottom pants were designed, she could never wear this. The difference in aesthetics of Chinese and Western girls. “

At the New York Fashion Week, the model was wearing a strange pattern, colorful leggings to conquer the audience under the runway; in the factory of Yiwu, the workers sat in front of the sewing machine and stitched the printed leggings that were not as good as the fashion week.

These leggings that see “spicy eyes” and “killing Matt” in Chinese girls are being snatched by foreign girls on the quick selling. 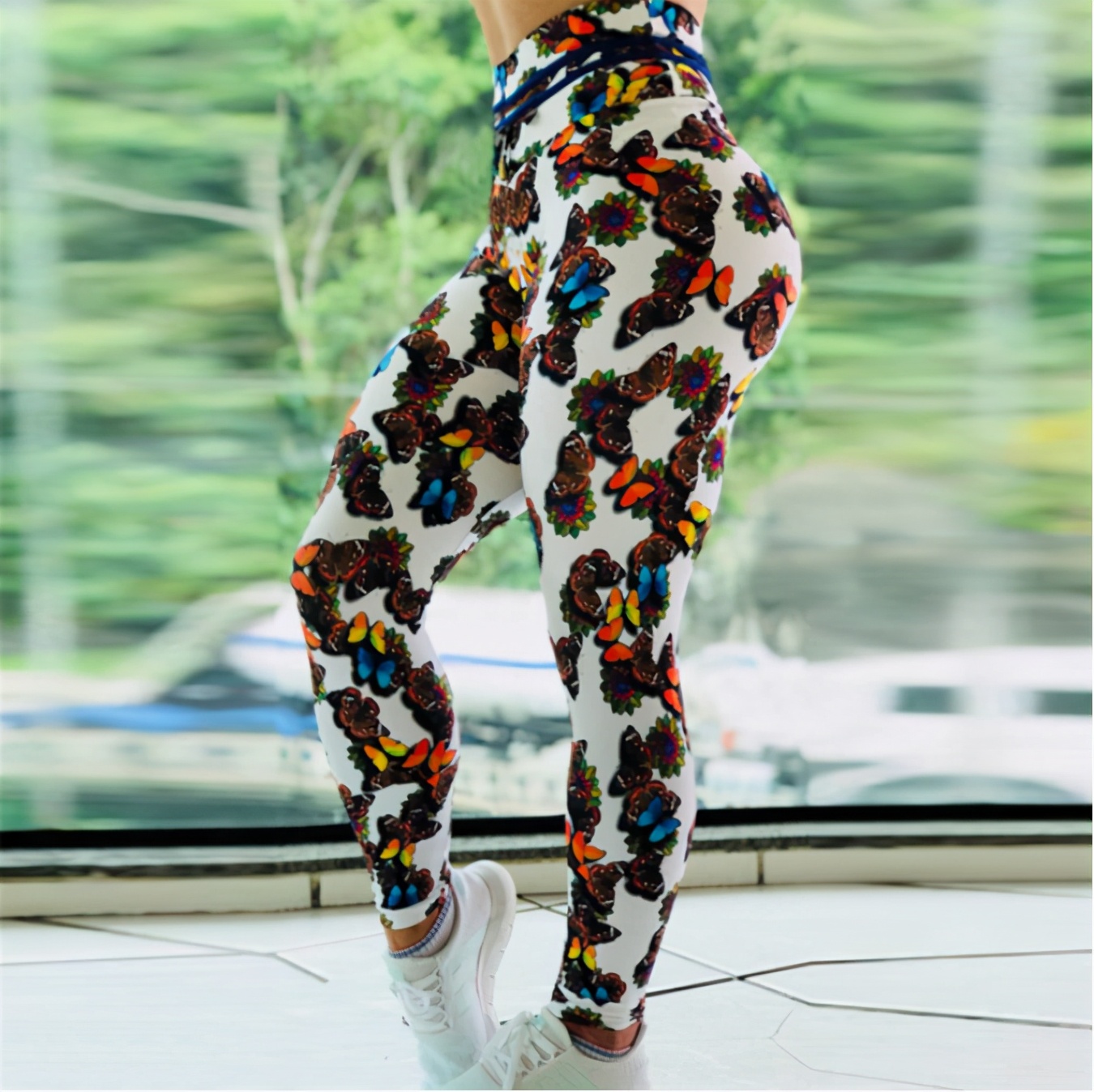 Hip -hip -up model is hard to find

Most of the leggings worn by Chinese girls are produced in Yiwu, but the colors and styles are similar. Pure black is a conventional model and a star model. Bold girls will choose gray, flesh, and so on.

The color leggings, in the eyes of Chinese girls, are on the runway. “No grounding”, “It is impossible to wear”.

But in the eyes of European and American girls, it is an artifact that shapes hips and highlights leg muscles. 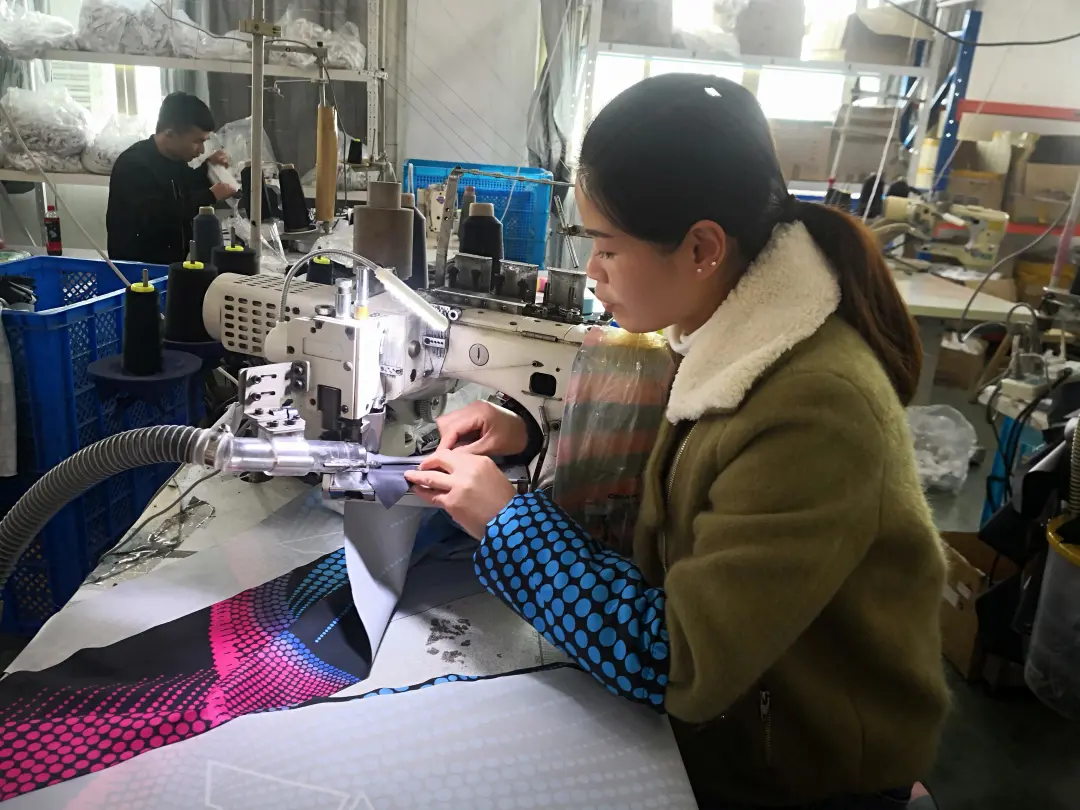 Zhao Bixiang is the operation of QICKITOUT of the Expressway Store. As Alibaba’s cross -border B2C platform, the quick -selling commodity businessmen are facing consumers from all over the world from the United States, Spain, Russia, France, Brazil and other countries. 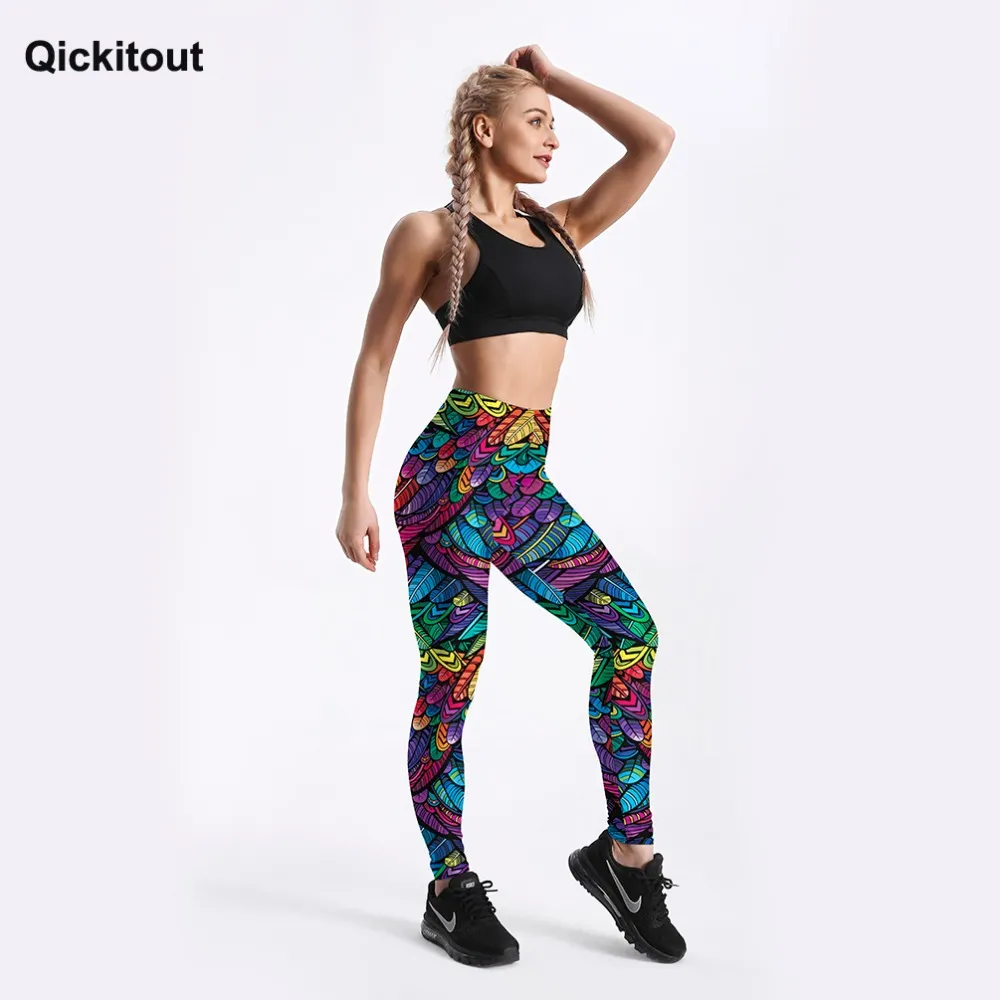 Every month, Zhao Bixiang sells more than 20,000 printed leggings. During the highest peak period, monthly sales were 30,000 to 40,000 pieces. These leggings can be sent from Yiwu to European buyers as soon as 5 or 6 days.

How to meet the needs of buyers on the appearance of leggings is Zhao Bixiang’s work every day. 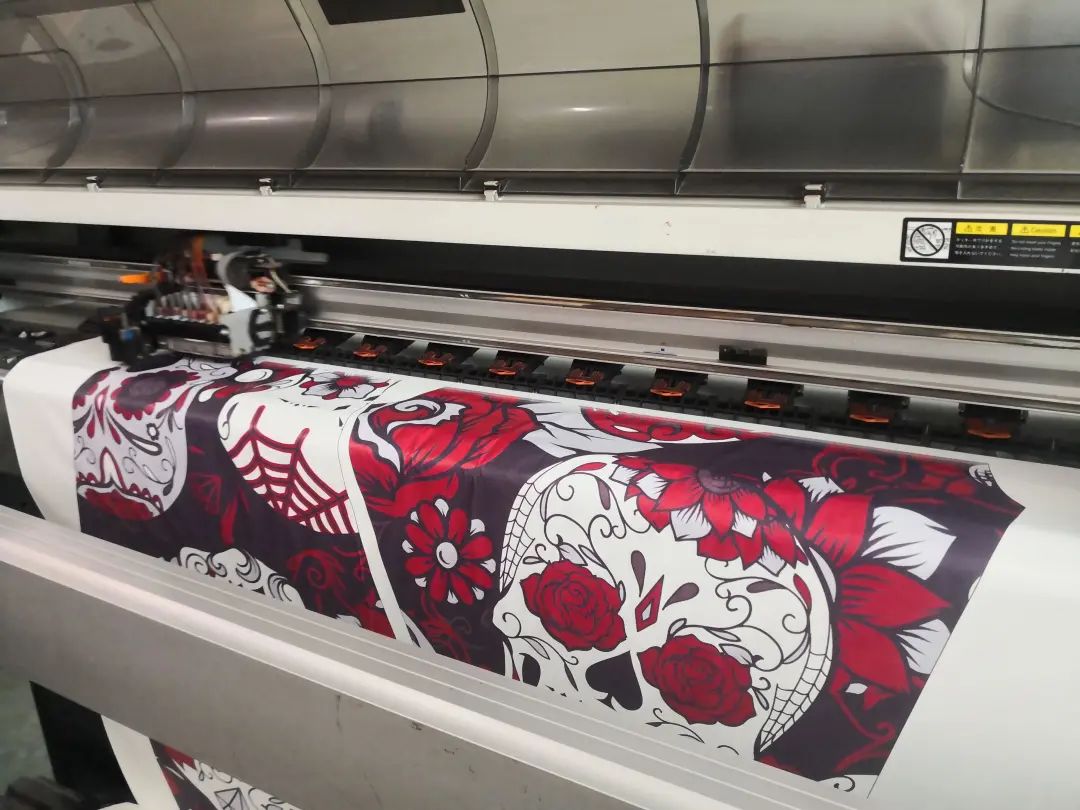 On the tight black bottom fabric, the blue and red origin is radial, extending from the waist and hips to the calf, and there is a white geometric figure on the thigh. The new model full of Sai Bo Poch is one of the explosive models in the recently sold stores.

Otherwise, it is the Gothic leggings piled up with flowers into a skull head.

Or the lower body gives people the illusion of vacation in Hawaii.

Color glass is made into irregular Rubik’s cube blocks.

Put the peacock tail on the leg.

A Spanish buyer often came to urge Zhao Bixiang to put on the new model: “I can’t stop shopping!”

Zhao Bixiang has 6 designers. The daily work is to tap the latest trends in INS and major fashion magazines and videos, so as to become a design of leggings. The company also cooperates with external designers to refer to the elements of major fashion weeks for original design.

The focus of printed leggings, in addition to the pattern, also has “function”.

“It must be tight enough to highlight the muscle lines.” Zhao Bixiang said that in the fast -selling background, the question that buyers asked the most, “Can we wear it to make the hips look more upset?”

Some people still stunned: “Your model’s butt is not enough!”

In Yiwu, it is quite difficult to find a model that meets the requirements of the speed sales shop buyers.

Zhao Bixiang has a fixed cooperation photography studio. All the recommendations of Russia, Ukraine and other countries are recommended.

But the pictures taken sometimes still cannot meet the visual needs of the buyer.

Therefore, at the time of repairing the map, the art union pulled the models that were originally enough to pull, “at first glance, they just liked it, but they just like it.” The original body lines are highlighted, but if your hips are not tilted enough, what will happen to wear.

Buyers understand this, but it does not prevent the eagerness to hips.

The price behind a pair of leggings

In 2014, Zhao Bixiang’s boss Jin Yao decided to make printed leggings. He is from Yiwu. He has been a foreign trade business for sex for several years.

In those two years, the overseas brand Black Milk’s bottom pants of “Eat Dou” and “Russia” blocks were fire. In terms of speed sales, there are not many merchants selling colorful leggings. He decided to enter the industry.

However, there is no factory in Yiwu who can make printed leggings. “Technology is in the hands of Cantonese.”

Jin Yao ran to Guangdong. First, he cooperated with several factories to get the goods. Later, he bought a printed machine, rented a small workshop, recruited a few employees, and started selling independent printed printed stamps on the AliExpress. Underpants.

At this moment, an American customer attracted Zhao Bixiang’s attention. “I have to deal with a dozen orders every day.” After actively talking, she learned that the other party purchased in batches in the store and turned to other e -commerce platforms. “Americans especially like this colorful leggings.”

Zhao Bixiang began to convince the American customer for a long time. Later, he took the goods of $ 500,000 from Zhao Bixiang’s store every month and opened a physical store in the local area. The physical store can be sold for $ 20 or thirty. “ 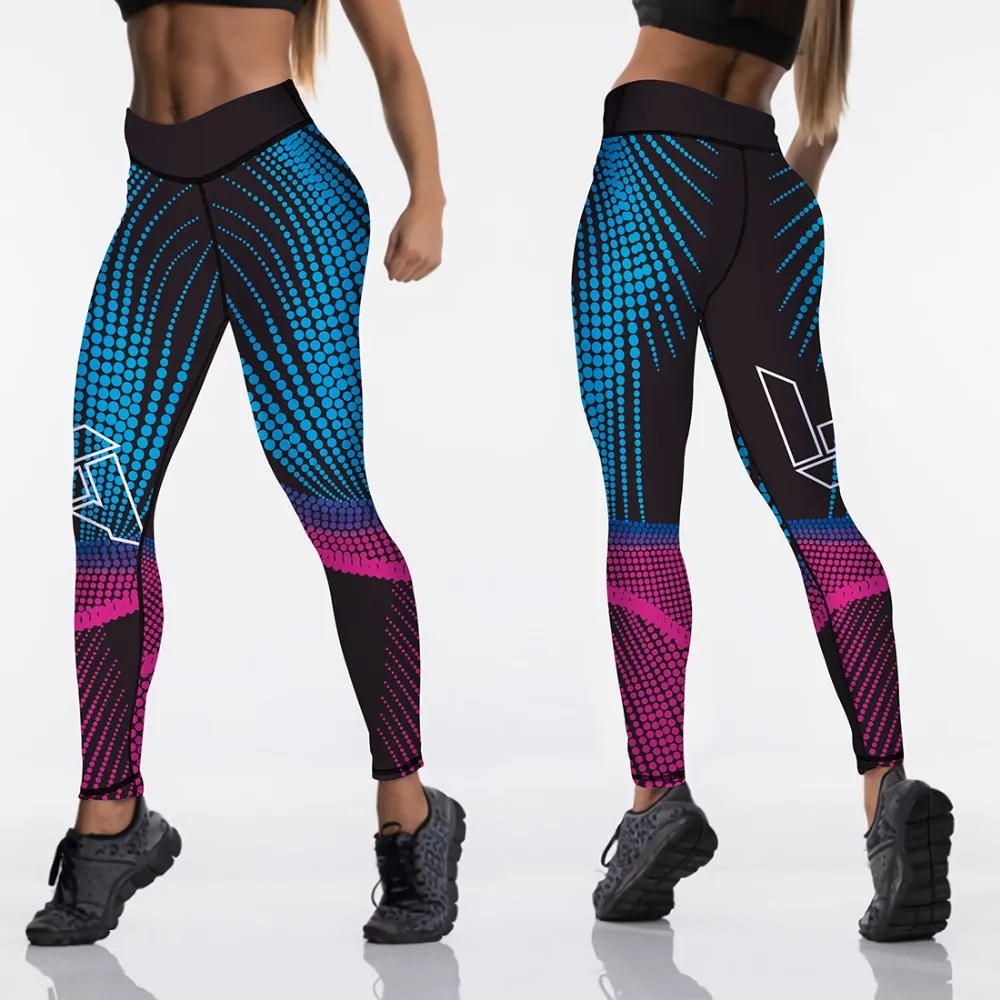 The good times are not long, and the imitation speed of Yiwu small workshop is amazing. After all, leggings are a extensive industry with low thresholds and low gross profit. 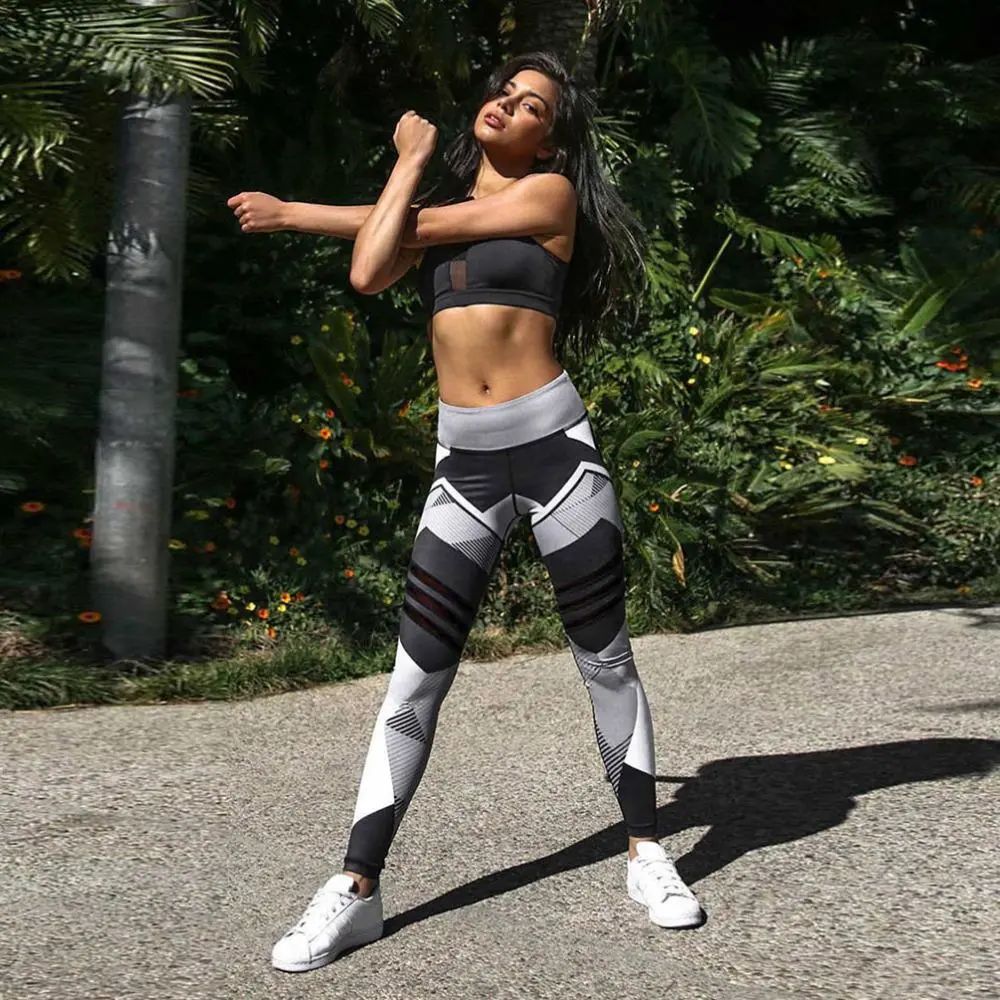 The surrounding small workshops quickly erected the signboards of “3D printing”. On the quick vendor, more and more printed leggings from Guangzhou and Yiwu were more and more.

One day, Zhao Bixiang saw on the speeding outbound session that there were conventional printed leggings from the seller, which was priced at only $ 2-3. With their own leggings ensuring the lowest discount, the price is more than $ 6 or more.

“The first reaction is impossible. The cost of our pants is as much as $ 3.” She bought it and found that the quality was not only a little bit of a star.

Many small workshops in Yiwu undertake foreign trade orders. They only make one model every day. After weighing, the cost is going on, and the quality is reduced. “The competition is too big, I can’t fight.” 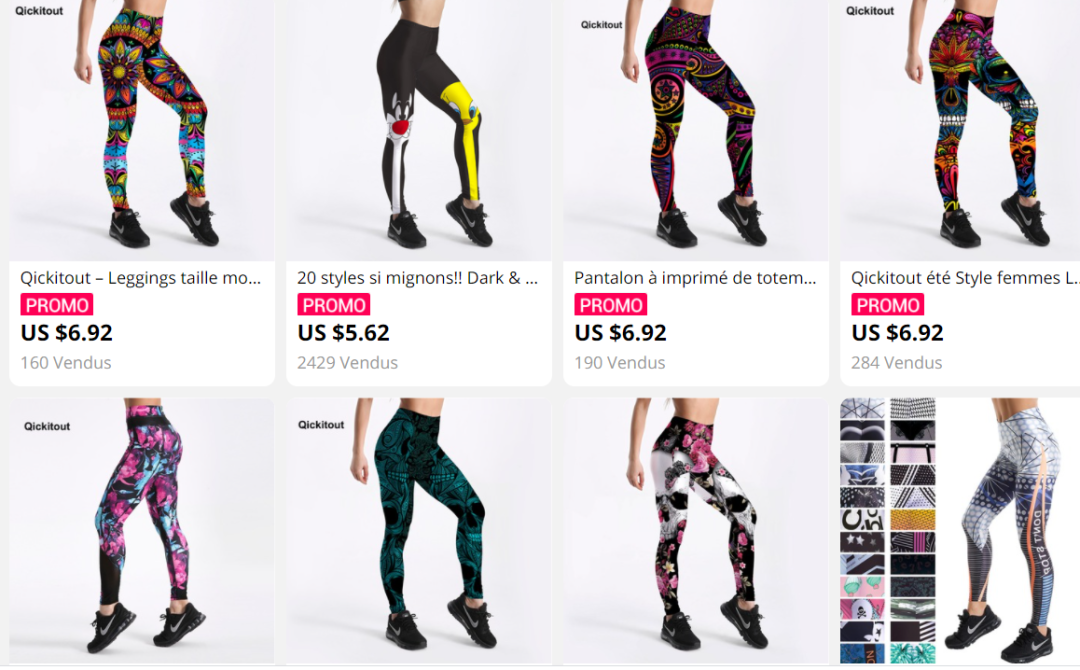 Do not dare to change cheap fabrics, the factory began to dilute costs by speeding up production speed. As a result, a large number of criticisms appeared in the comment area, accusing the quality of the bottom pants worse. “In fact, there are some lines in the sewing process, or the needle is not allowed.”

To make matters worse, the US customers with a monthly turnover of $ 500,000 are not here.

Jin Yao directly withdrew from the price war and strengthened the quality inspection, and then slowly pulled the lost customers back.

The monthly salary is over 10,000, and the workers cannot be recruited 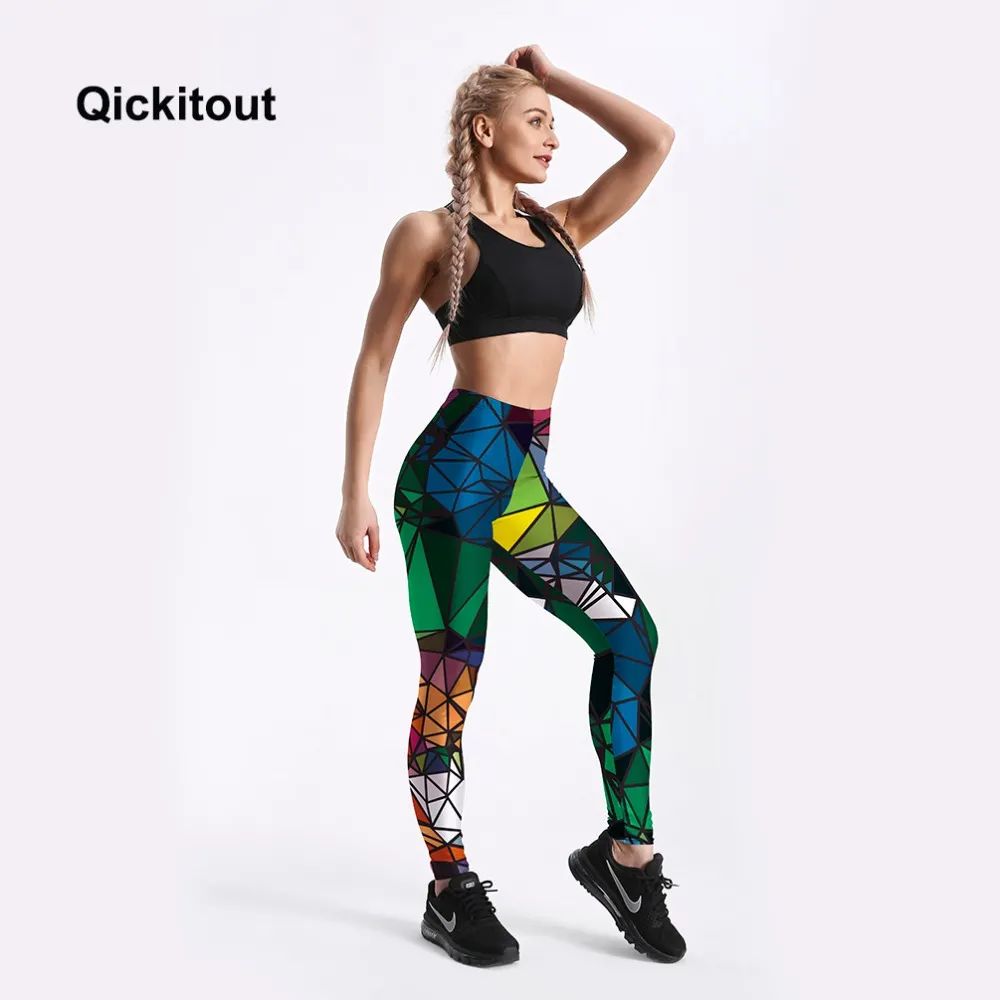 After lunch at noon, Yang Tong quickly sat back in front of the sewing machine and began to suture leggings. A few days ago, he returned to the factory from his hometown, and the person in charge told him that “I owe 20,000 leggings and hurry up to hurry up.”

What is even more tricky is that there were 15 technical workers last year, but due to the epidemic, workers went home to celebrate the New Year in advance. Moreover, after the Lantern Festival, only 5-6 people were resumed. 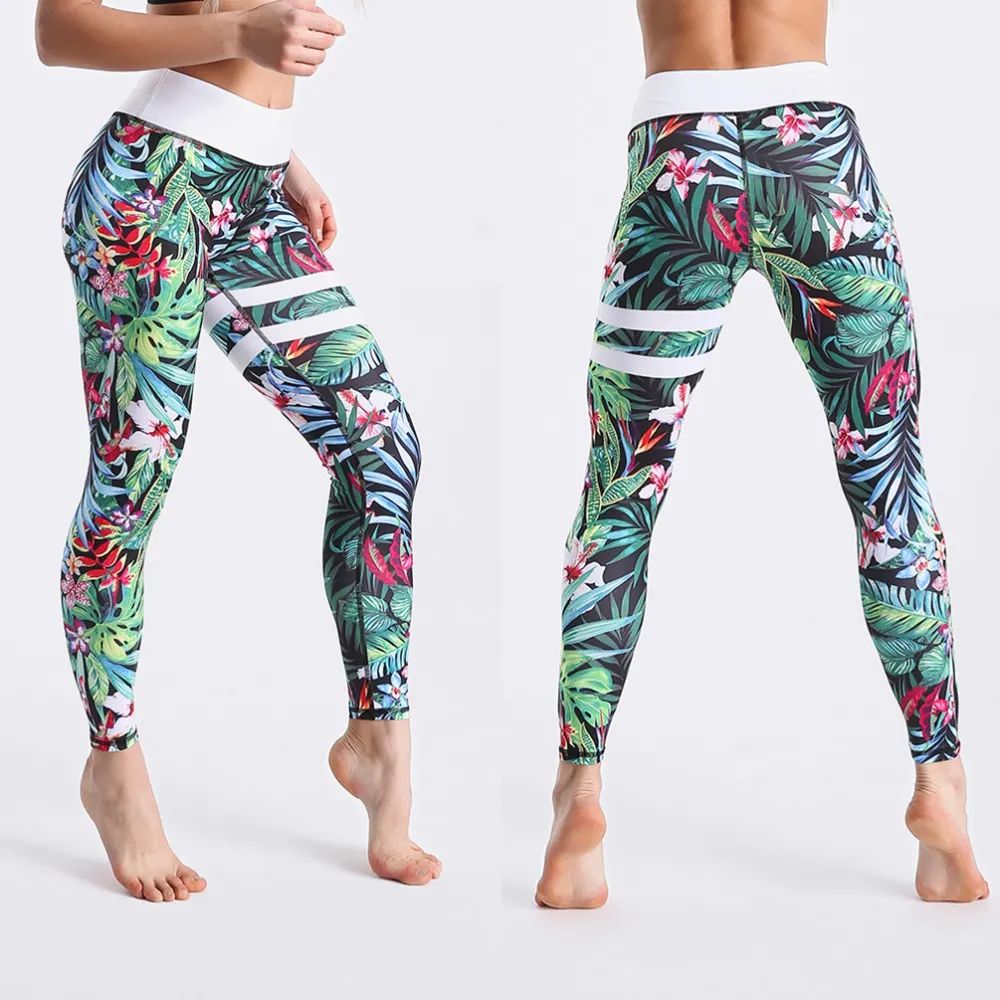 During the Chinese New Year, Zhao Bixiang’s speed -selling stores were still generating sales. Not only did the 30,000 leggings stored in the year ago, they owed 20,000. In the newly -S -S -Sales Tong 38 spring new event, the new models in the store sold more than 7,000 orders.

Jin Yao bags a bus, holding a brand every day, hovering in the talent market around Dongyang City, recruiting technical workers. “The daily salary is 700 yuan, and it is difficult to recruit.”

Later, Jin Yao promised that the workers could get 10,000 yuan a monthly salary before recruiting several technical workers who knew sewing and willing to enter the factory.

Another reason for Jin Yao’s anxiety to recruit workers is to deal with the upcoming “billion” event in the fast -selling outset apparel industry. This activity must make a total of 1 billion yuan in sales through one month.

Qickitout is the number of shops as a leggings. You must choose several printed leggings with the platform to sprint the event goals.

Last year, the store could sell nearly 30,000 leggings every month. For the activities in front of him, Zhao Bixiang felt that as long as the production energy was capable, he could take advantage of this activity to bring the monthly sales of 40,000 pieces.

Note: “Jin Yao” and “Zhao Bixiang” in the text are a pseudonym