Zhouxiang Town, Cixi City, Ningbo, is only about 20 minutes away from Cixi City. On the East Road of Zhouxiang Town, there are more than ten local small home appliance companies. Among them, Zhejiang Yueli Electric Co., Ltd. is quite recognizable. Because of this company’s rich foundry “resume”.

The name of the hair dryer

Entering the moonli factory, on the table on the 5th floor of an office building, it was chaotic with hair dryers, curly hair and other products. Among them, a Dyson hair dryer was slightly eye -catching.

When the name of his cooperative customer was exposed to the month, he was still looking at the manufacturing enterprises mainly based on the production of hair dryers, direct/curly, and other beautiful and healthy electrical appliances. Cornell, European brand BABYLISS, European brand SEB (Chinese name Cyber), Italy IMTEC, Japan Tescom, Sassoon, Philips, Leimington and other foreign brands are all monthly OEM customers Essence

Obviously, Yue standing in the global market is very “eaten”. “Our output value in 2017 reached 1.32 billion, and the total product sales volume was about 16 million units, of which 80%were the export market.” During the visit and investigation by a reporter from China Home Grid, the relevant person in charge of Yueli Company introduced that the current production of Yueli is mainly produced by Yueli. Three categories of products: cosmetic hairdressers, including hair drying, negative ions comb, direct/curly hair; nursing categories, including electric push shear, baby cutting, scissors, grinding skin machines, facial washing instruments, electric toothbrushes, etc.; Home appliances, such as electric iron.

Among all products, the hair dryer is the largest category of monthly production and the core product of global foundry. The above person in charge introduced that its sales volume is about 8 million to 9 million units. The gross profit margin of individual points, and the sales volume of the second largest category of direct categories of the monthly category is about 4 million units. The gross profit margin contribution of this category is relatively high, between 20 and 30 points.

China Grid reporter search for Jingdong Mall page shows that the pricing range of the hair dryer settled in JD.com is 109 yuan to 299 yuan. The product function selling points include negative ion constant warm hair, intelligent induction, intelligent touch sliding screens, etc. The monthly straight curly, the product pricing range is between 129 yuan and 189 yuan. If the total output value and total sales of 2017 are calculated, the overall unit price of the company’s products is about 82 yuan.

It should be said that 2016 is a memorable year in the history of the hair dryer. In this year, a British company named Dyson launched a hot item with countless fans -black technology hair dryer Supersonic. Its disruptive technology, its disruptive technology The price of the appearance and the product of about 3,000 yuan shocked all the industry. What also made people unexpected was that the company was originally known for its vacuum cleaner.

Once the Dyson hair dryer was launched, it quickly occupied the commanding heights of the high -end hair dryer market. Taking the Japanese market as an example, Dyson’s first generation of Supersonic launched a year after the launch of the launch of the Japanese high -end hair dryer market. Although the price reached 3,000 yuan, it still occupied nearly 10% of the market share. After one year, Dyson launched in Japan and launched it again in Japan. The second -generation Supersonic hair dryer has threatened local companies Panasonic and other companies.

It is reported that Panasonic hair dryers ranked first in Japan, but its high-end products priced at the price section of 150,000 to 20,000 yen (about 975-1200 yuan), which was very obvious compared with Dyson’s pricing. Dyson threatened Japanese brands such as Panasonic by high profits.

Obviously, most of the hair dryer manufacturing companies have begun to increase product prices by launching additional new features, and some companies have also begun to study and learn Dyson, including Yueli. “It is indeed a subversion of the entire hair dryer industry,” the person in charge said frankly.

According to a reporter from China Home Grid, Dyson’s hair dryer is characterized by large air volume and mute, and its disruptive technology lies in the electrical air leaf (also called a motor) part. Unlike the traditional hair dryer, the motor wind is designed on the head of the hair dryer. Dyson is hidden in the handle. After extending to the entire design, it is completely different from the appearance and feel of the traditional hair dryer. In addition, the core difference is that Dyson’s motor wind is made of integrated mechanical processing, and traditional product motor wind leaves are mainly made of injection molding. In terms of accuracy, the former level is higher.

When the wind of Dyson’s hair dryer was blowing throughout the industry, some companies began to imitate Dyson’s appearance, such as the star hair dryer and Yongri hair dryer.

“Although the appearance can be achieved, the motor, control lines, etc. still cannot achieve the level of Dyson.” The person in charge of the above -mentioned monthly stands believes that at present, there are still some bottlenecks that domestic companies want to reach Dyson’s level. of.

Where is the difference?

“The overall research and development investment in the domestic hair dryer industry is still weak, and there are few companies that can carry out the technological revolution.” The above -mentioned person in charge broke the industry’s pain.

Open Dyson’s public introduction information, you will find that how many companies focus on technology research and development. Dyson has accumulated rich professional knowledge in the field of solid battery technology and electric motor, and has been successfully applied to dust -free bag vacuum cleaners, as well as other products such as leaf fans and air purifiers. There are also very rich experience in fluid mechanics and product transformation.

Dyson’s product line is not long. Its vacuum cleaner and hair dryer, based on deep technical research and development and innovative support, finally rely on a few products to continue to occupy the high market system.

According to a reporter’s investigation, many domestic hair dryer companies have a long product line. Even if a small change in appearance, products will be launched as soon as they are set. The advantage of this practice is the comprehensive coverage of the market, but the problem is that there are too many patterns. The efficiency of enterprise production and research and development cannot be used. It is not the main or fist -oriented product on the market. There are few explosive models and classic products.

We are not the prestige of others’ aspirations. Although the manufacturing capabilities of Chinese hair dryer companies are favored by foreign brands, the issue of low -cost and vicious competition in this industry is prominent. According to a reporter’s investigation, a number of small factory enterprises have long been in the hair dryer industry for a long time. These companies produce tens of thousands of units a year, with an output value between millions and tens of millions. Certification, but survived the market and squeezing industry profits by relying on low prices.

The overall product quality and grade of the hair dryer industry cannot meet the new needs of consumption upgrades and quality life pursuit. The industry requires a higher product technology direction to guide and requires the establishment of industry standards for competition as soon as possible. We are fortunate to see that the China Home Electric Association has just announced the establishment of the Meijian Electric Professional Committee. While absorbing a group of outstanding industry companies as members of the special committee, the special committee will be committed to strengthening consumer education, formulating industry standards, and formulating industry standards. Improve industry norms such as self -discipline. 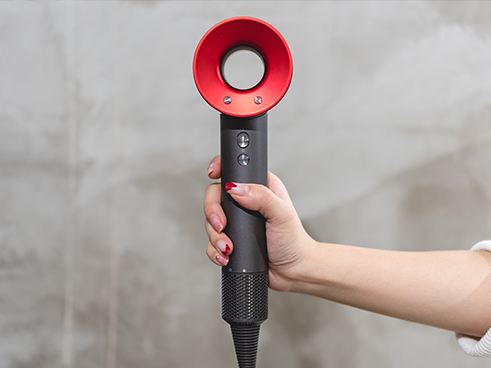 So in the future, will another Dyson appear in our hair dryer industry?