In the blink of an eye, it was April, and Shenzhen was already temperature in the summer. At this time, playing games again, obviously it feels like it is not as strong as a few months ago. After one or two hours, not only the screen of hand sweat is oily, the frame rate of the screen is not only oily, but the frame rate of the screen rate As the temperature fluctuates up and down, the five or six thousand iPhone running a chicken is also so stuck.

Fortunately, Bangkos has recently launched a new magnetic heat dissipation back clip. Compared with the old model, the function of wireless charging has been canceled, focusing on heat dissipation, and the lighter weight is more convenient to hold the operation. Let ’s take a look at its specific use. How to experience.

The packaging is full of e -sports wind, and the name of the ice wheel magnetic radiator is quite loud. 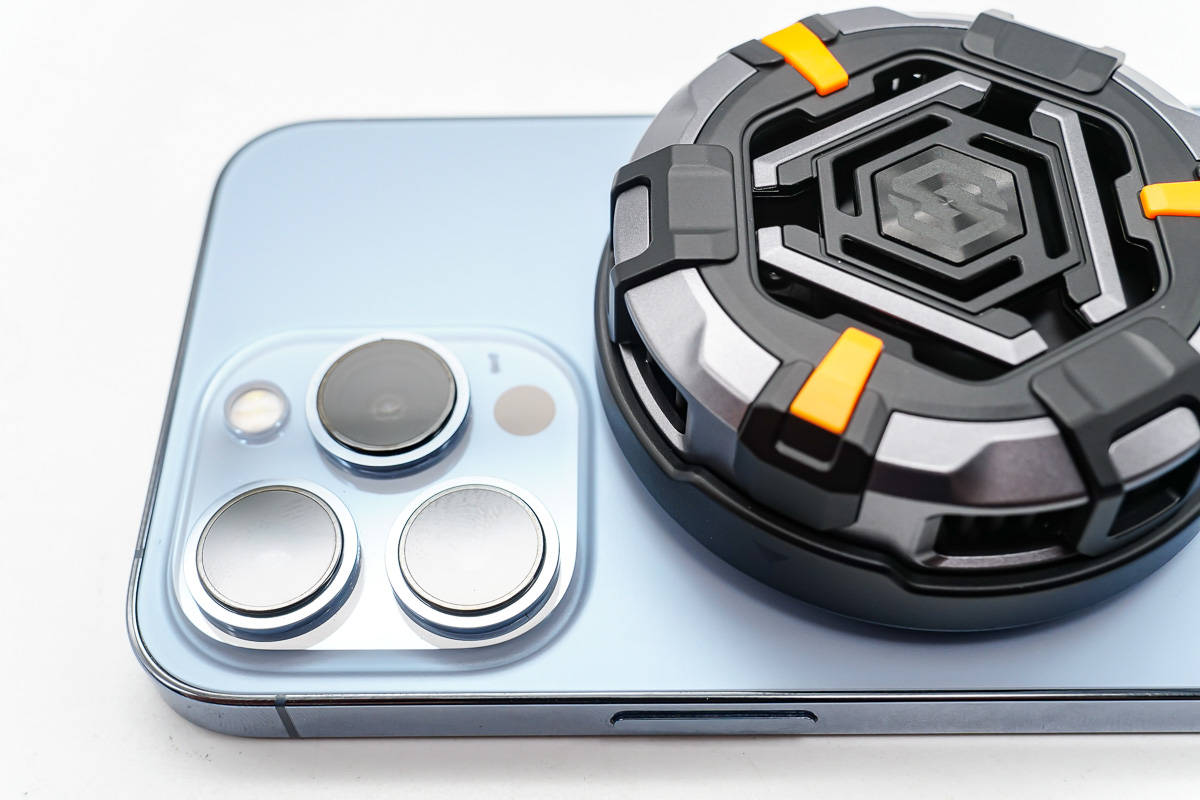 Bangkos Magnetic radiator looks like the core of the energy of Iron Man. The mech style fits the preferences of the game population. Orange, black and silver are spliced, and the shape is full of three -dimensional sense. 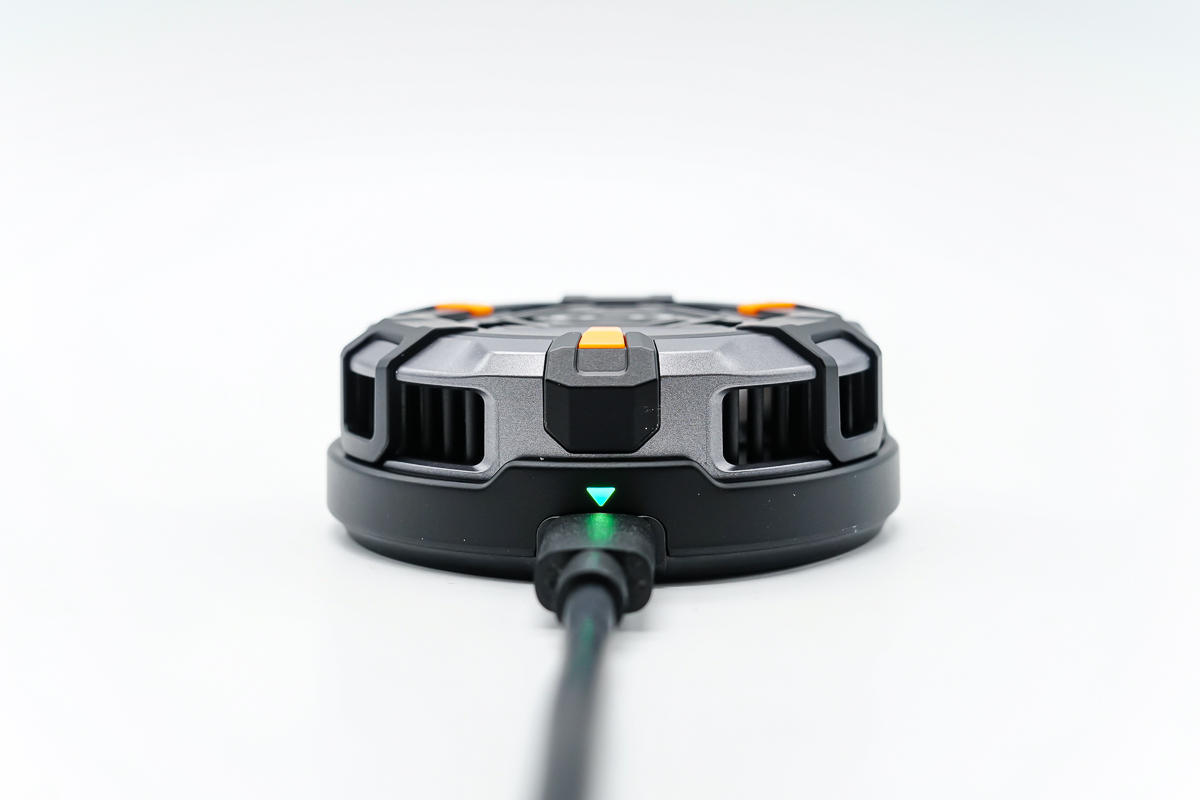 The same is true on the back. The silicone of the black+orange is fitted, the product model is SR05, and the input specifications are actually 5V⎓2A (MAX). There are small access to the product labeling.

Don’t forget to tear off the surface protective film before using it. This is a bit similar to the CPU radiator. Don’t look at the thin layer, which will seriously affect the thermal conductivity. 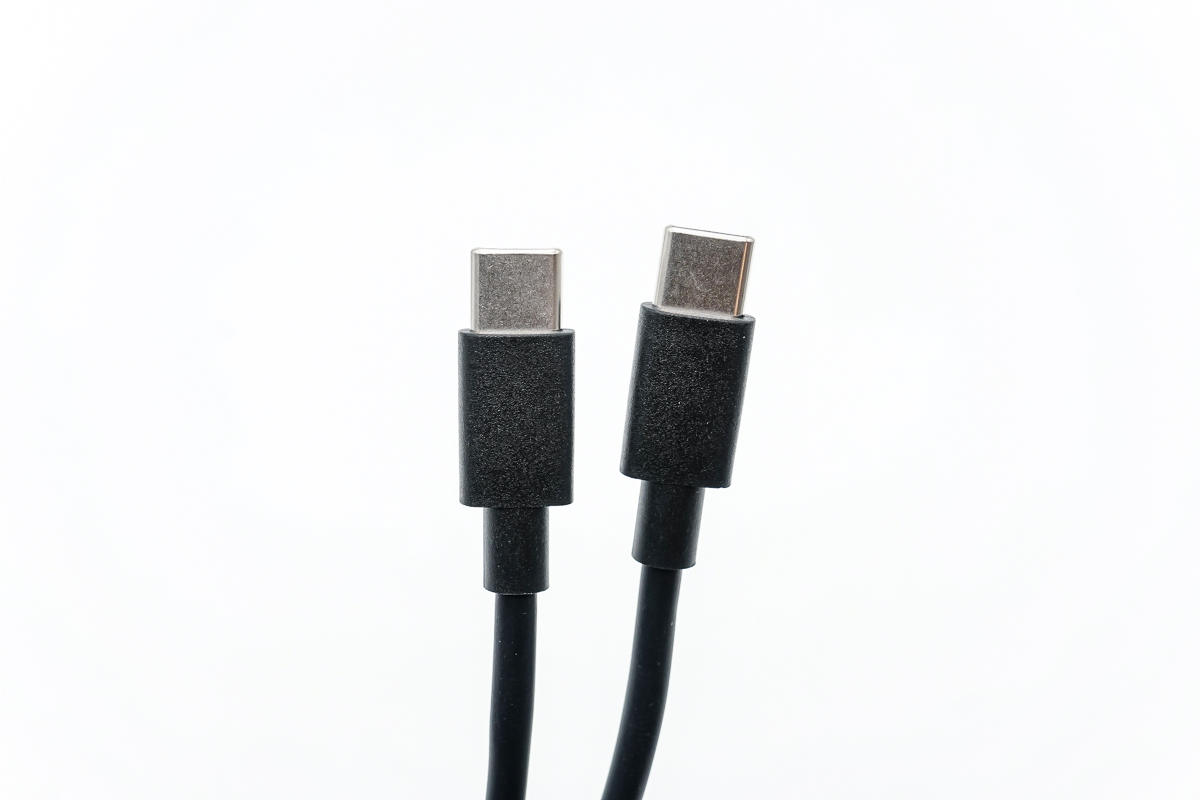 The radiator uses a USB-C interface to power, and the indicator light is turned on after power-on, which is inserted and played, which is very convenient. The dense heat dissipation fins can be seen on the side, and the fan can be seen vaguely. In order to ensure that the microphone work that does not affect the mobile phone, this radiator uses the seven -leaf 4cm large diameter fan, and it is quiet and silent during the work.

The diameter of the radiator is about 61.93mm.

Comparison with one dollar coins.

The weight of the radiator is about 70.9g, which will reduce the problem of repeated hands on the back of the adsorption mobile phone. 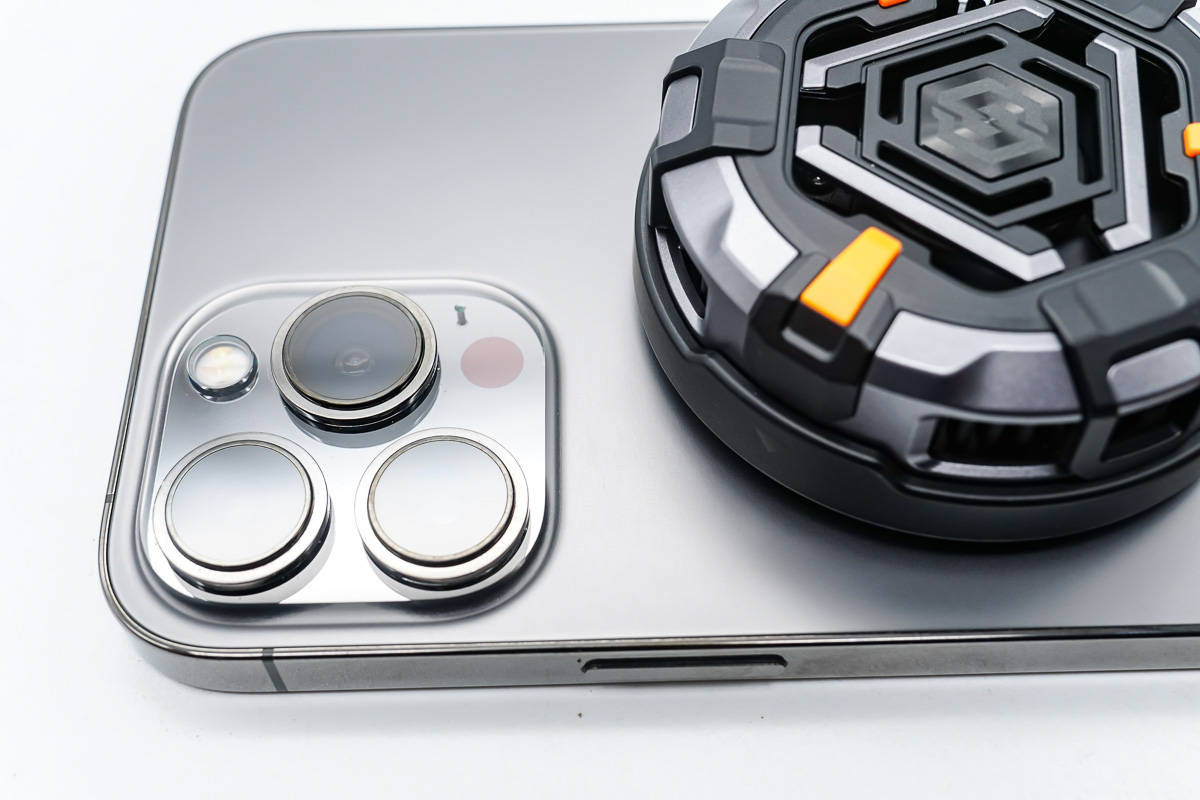 The size of the hand is shown above. 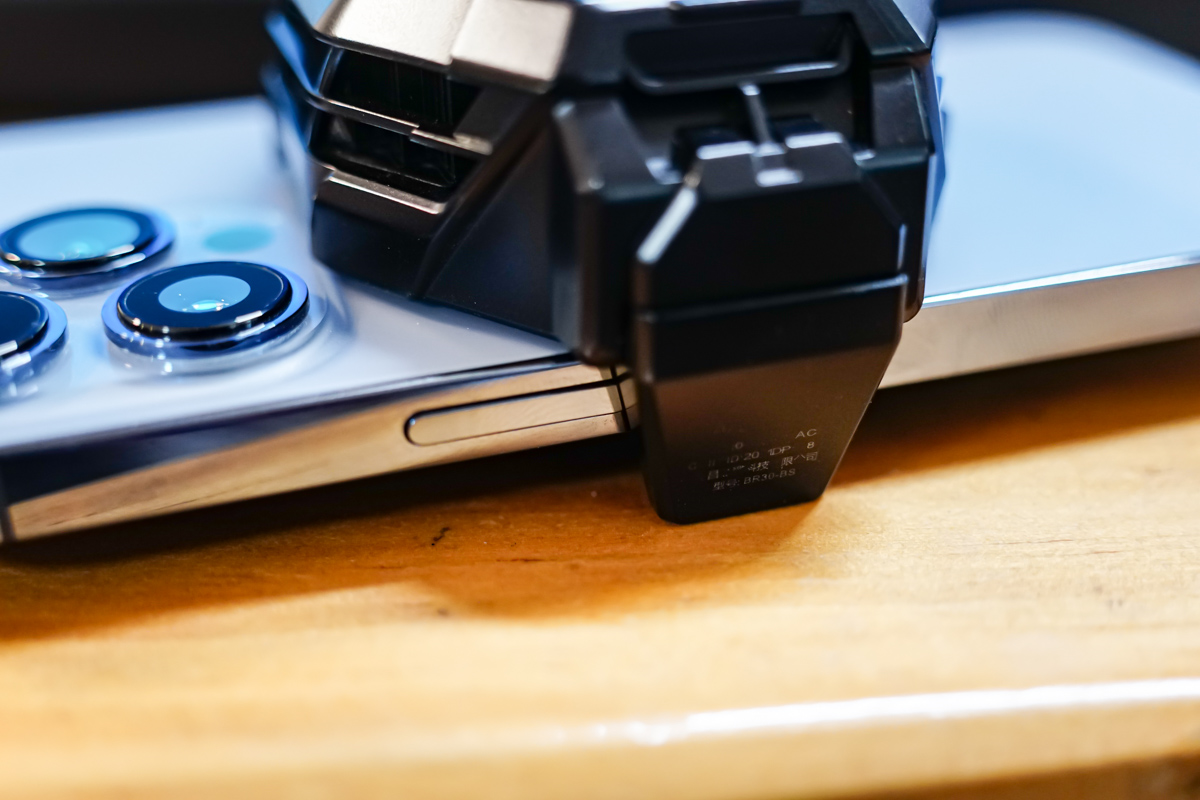 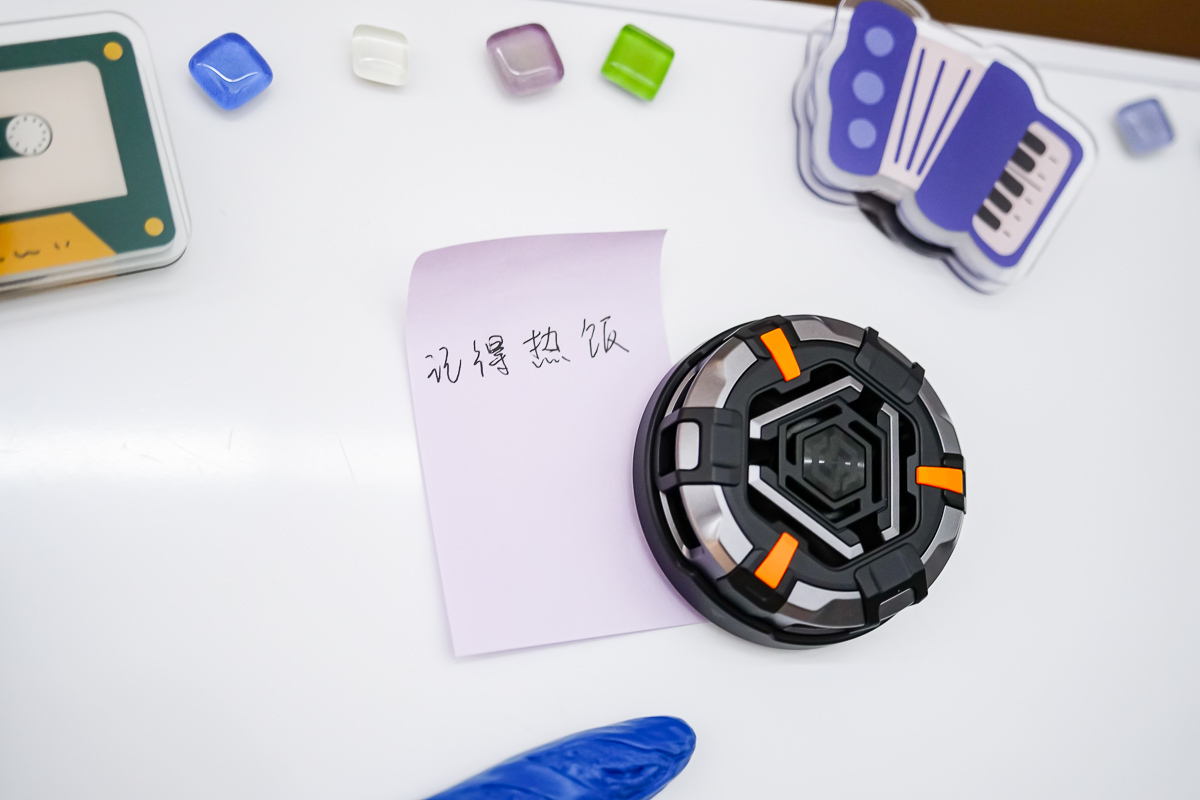 The length of the wire is about 150cm.

Since it is used with iPhone, of course, it is necessary to test it with the latest models. 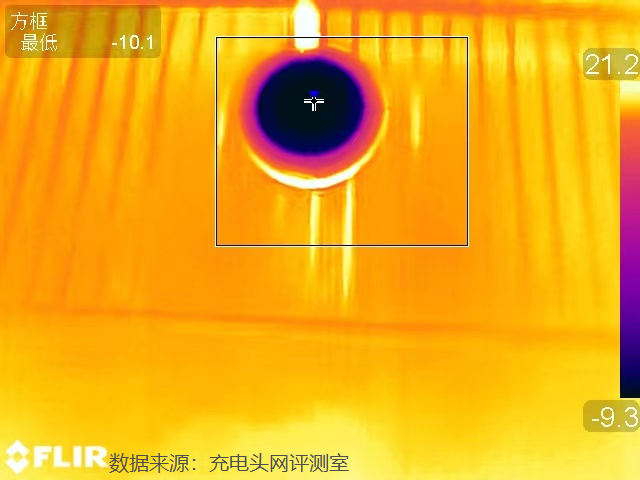 The first is the iPhone 13 mini. It seems that the edge of the radiator is still the distance from the lens module. The compatibility is okay. 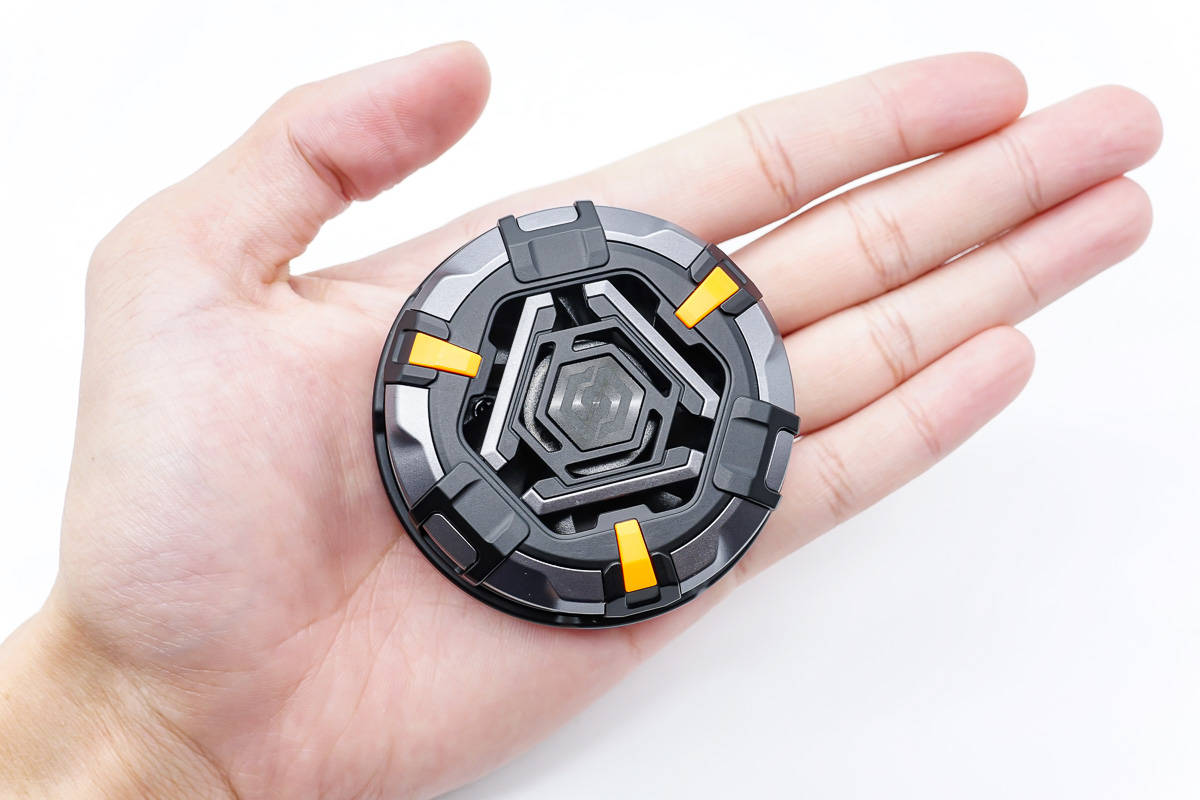 iPhone 13 is even more problematic.

The iPhone 13 Pro is the hardest hit area for adaptation. The distance is relatively close without shelling, but considering that users who generally pursue the ultimate heat dissipation experience will be used to use it, it is not a problem.

The iPhone 13 Pro Max is not a problem.

scenes to be used

Bangkos’s magnetic radiator is launched for the iPhone 12/13 series. You do not need to use any external force to firmly adsorb the back of the phone. Essence 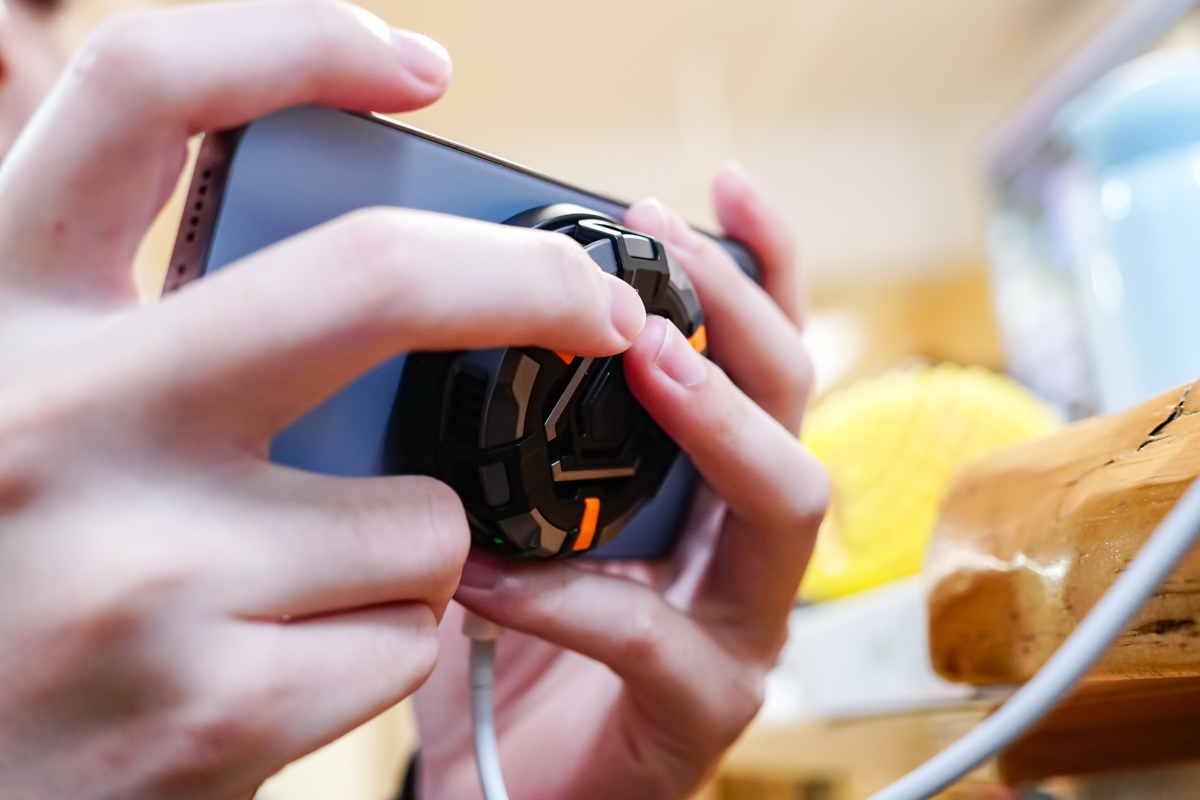 The power consumption is about 7W. 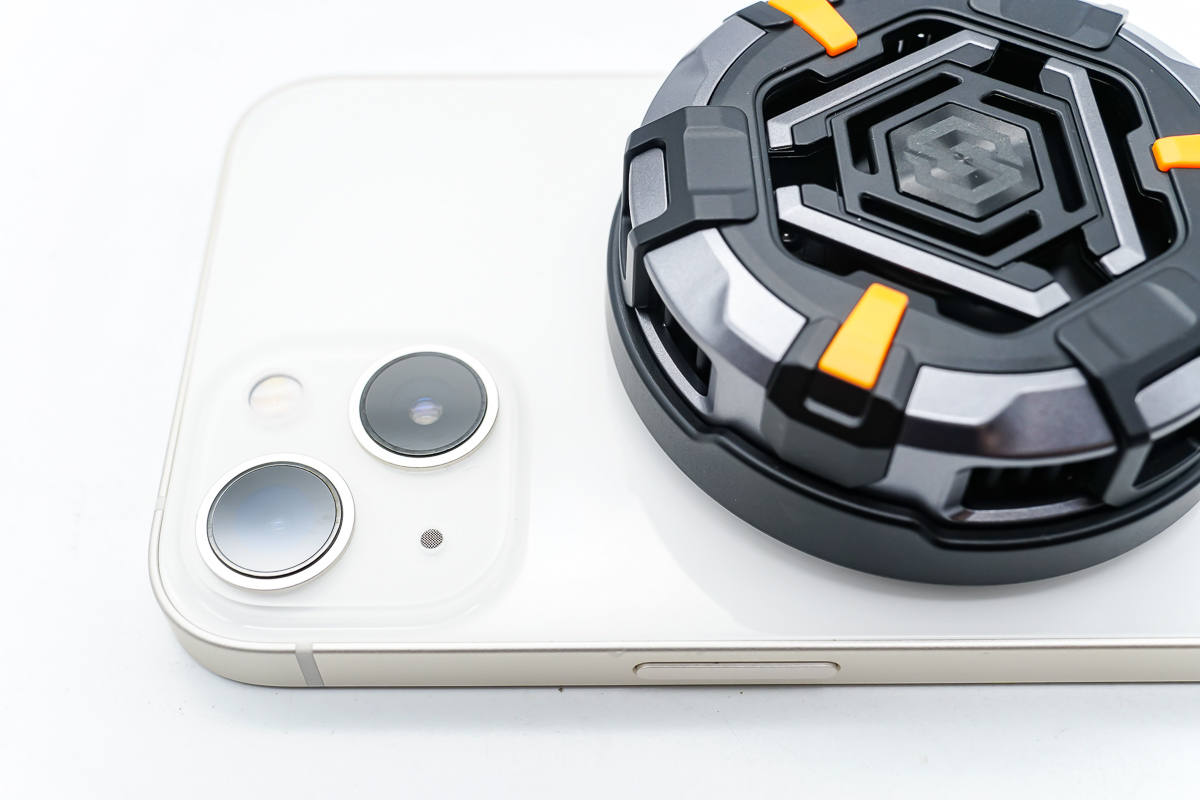 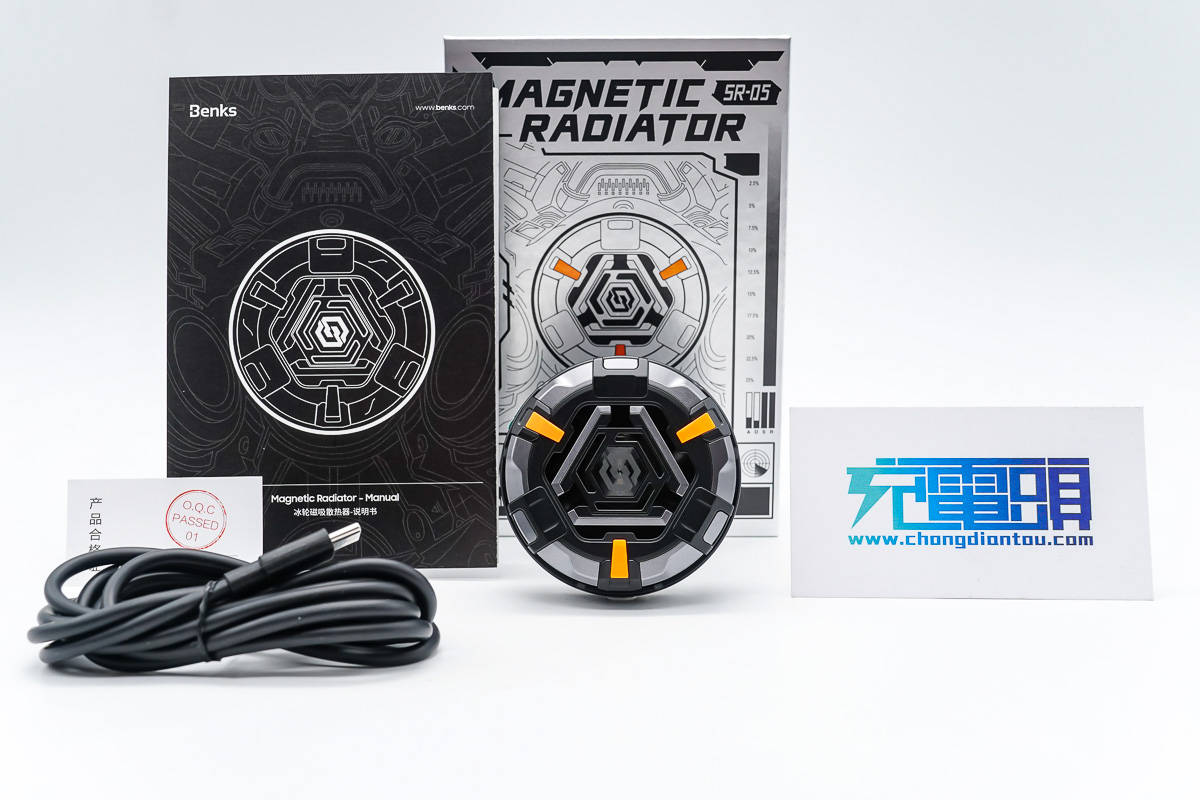 The connection line is walking down below, and there will be no blocking hands.

It should be noted here that the Bangkos magnetic radiator is to inhale the air and then blow out the built -in fan, thereby achieving the purpose of heat dissipation. Therefore, it should be noted that neither the air outlet or the air inlet cannot be blocked. The air inlet of Bangkos Magnetic radiator is located in the round plane position, and the opening of the side is the air outlet. 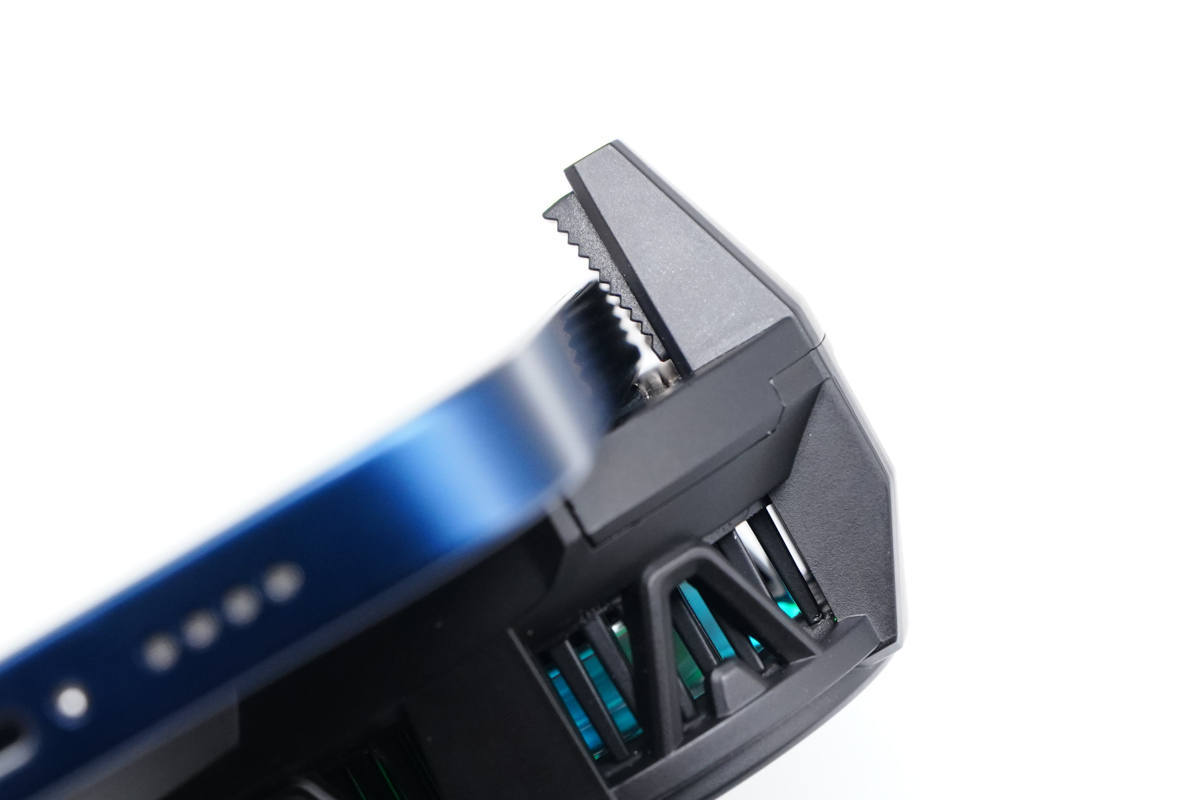 Compared with the conventional heat dissipation back clip, there are many benefits of magnetic absorbing radiator back clips in terms of experience. For example, the above figure, the iPhone 12 mini cannot be completely pinched due to the small body.

Or maybe this situation will block the mobile phone lens. 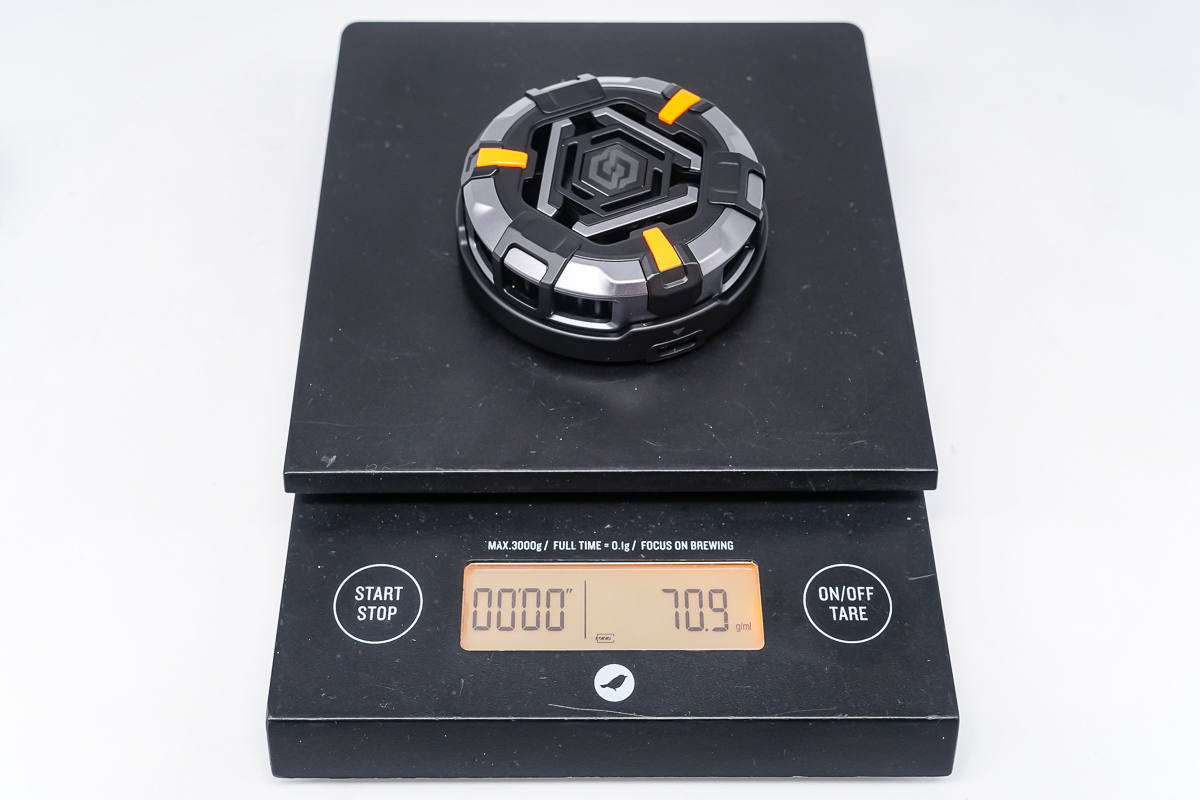 In addition to acting as a radiator, Bangkos Magnetic radiator can also be used as a mobile phone support. In the summer, take this little thing out. If you want to chase a drama, you can directly match the magnetic radiator. It should not be too cool. 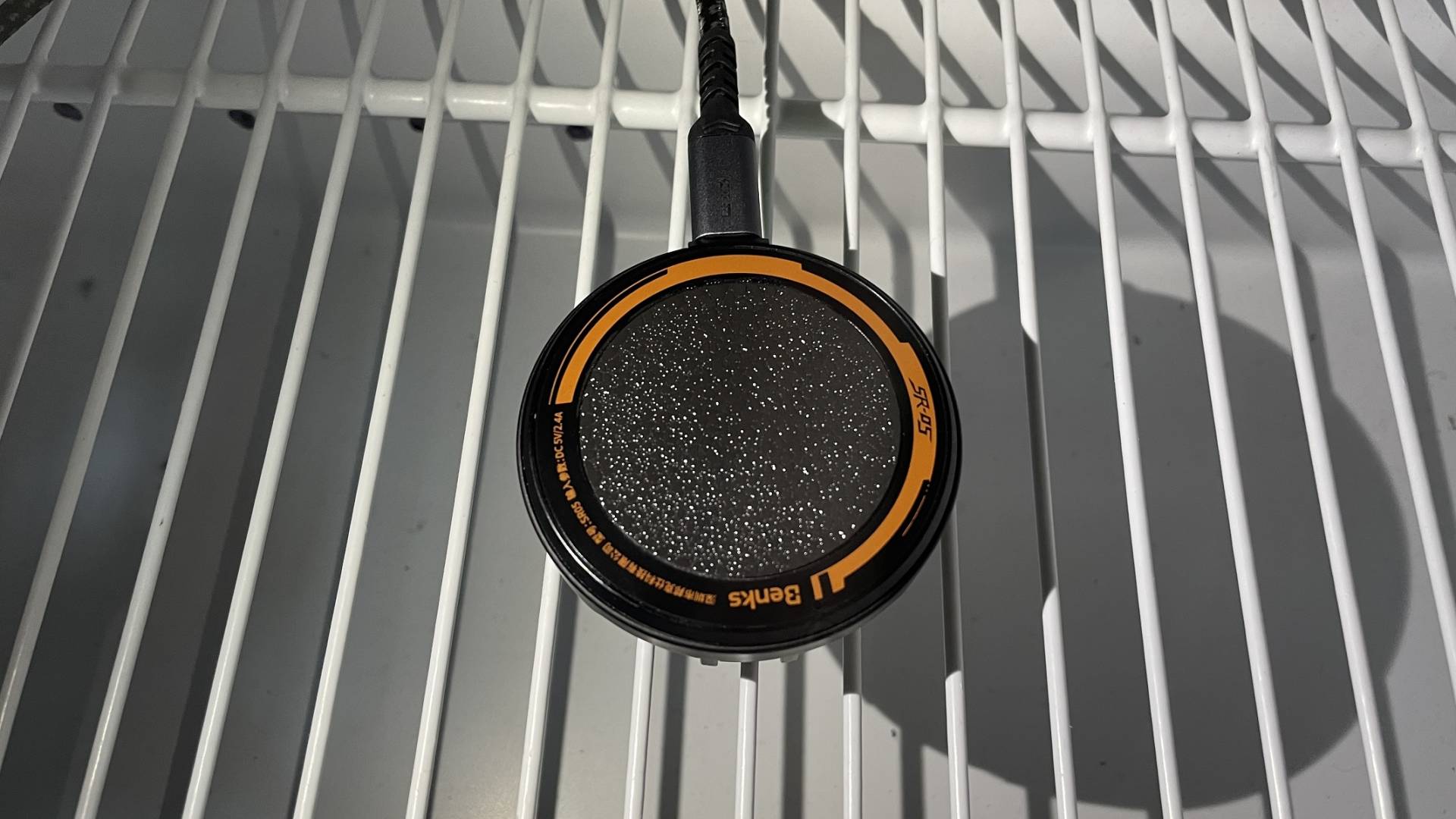 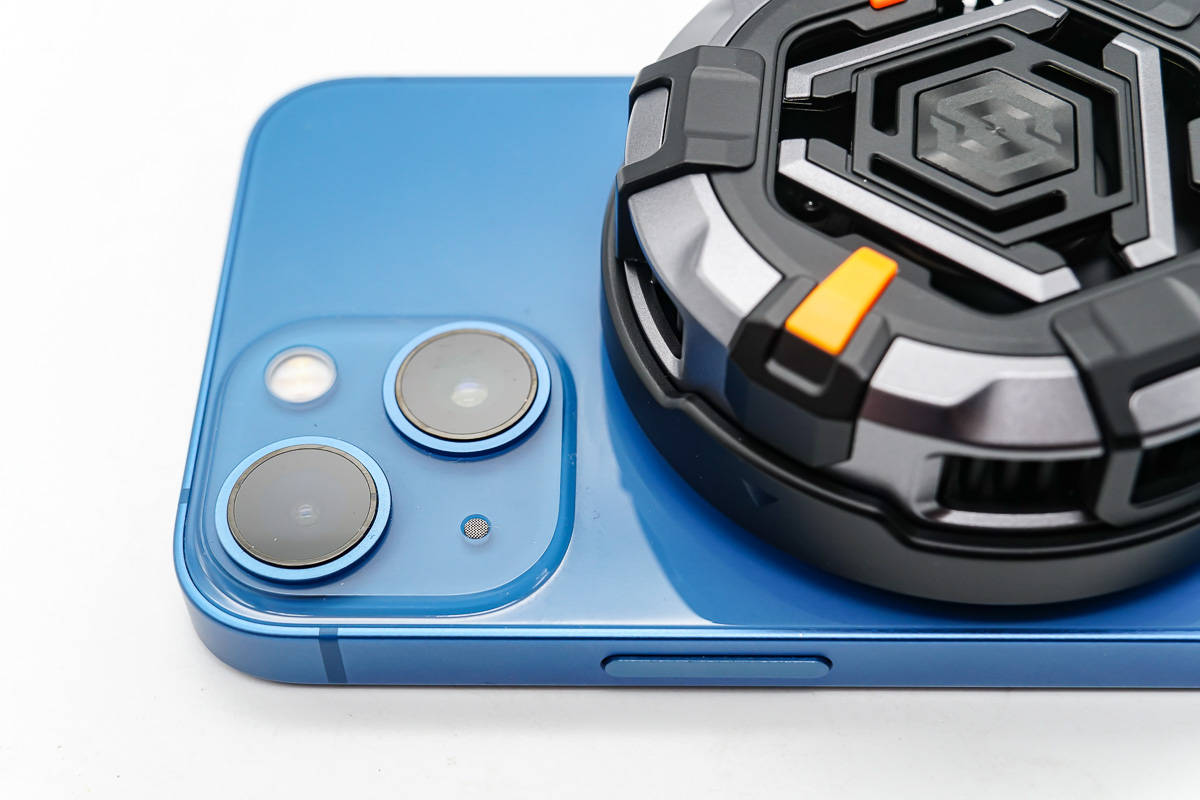 Unexpectedly, it can also be a magnetic sticker. If you do not need a radiator, you can not only act as a magnetic admission sticker on the refrigerator, but also prevent the loss of the radiator.

Is the cooling effect obvious?

First of all, let’s take a look at the cooling effect of the magnetic radiator under the air load. Place the radiator at the 25 ° C constant thermostat. Finally, the minimum temperature of the semiconductor heat sink was taken at about 10.1 ° C, the temperature The drop is obvious.

At this time, the surface of the magnetic radiator has appeared in condensation. It is necessary to prompt here that the empty load operation is only used for testing. Usually, when you use it, do not run out of the air to avoid damage to the radiator.

Let’s take a look at how the cooling effect is used with a mobile phone. The following temperature test is performed based on the thermostat of 25 ° C, and the mobile phone power is above 90%.

This is to place the iPhone 13 in a constant temperature box at 25 ° C for a period of time. The maximum temperature of the back of the phone with a thermal imaging instrument is about 28.5 ° C. 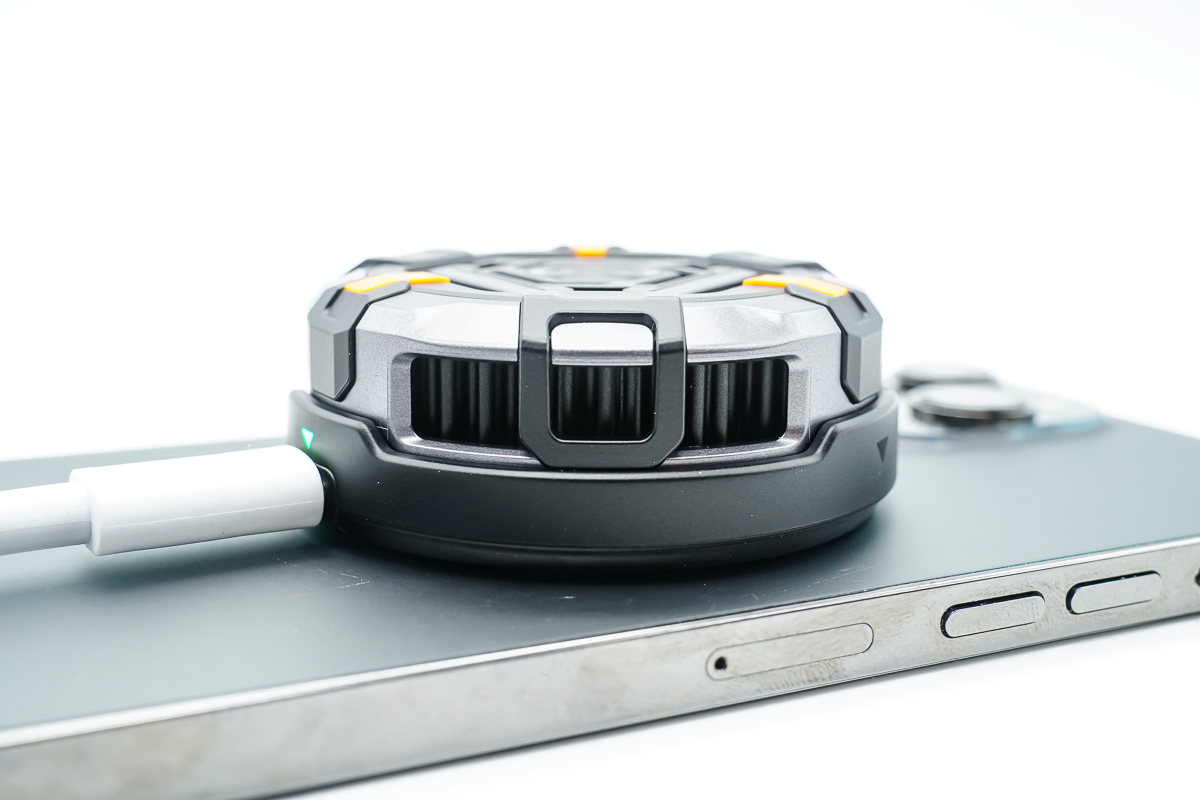 Use the 3D Mark test app to open the UNLIMITED mode for 20 minutes with the Wild Life Stress Test option in the App. Use the thermal imaging instrument to shoot the temperature of the back of the phone. The maximum temperature is about 40.1 ° C. Compared with the initial temperature, it has increased by 11.6 ° C.

Match with a radiator test

This time the test was paired with the Bangkos magnetic radiator. Before the test, the iPhone 13 was still placed in a constant thermostat box at 25 ° C for a period of time. The maximum temperature of the back of the phone with a thermal imaging instrument was 22.8 ° C. 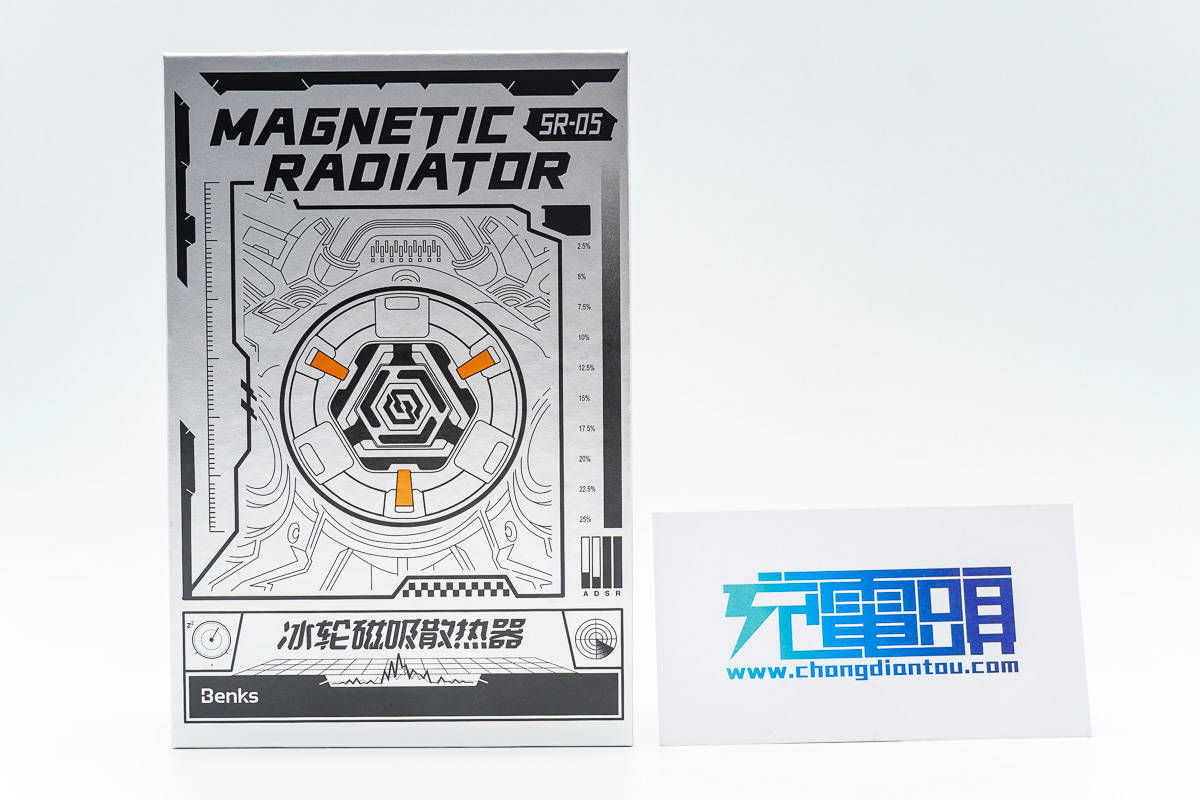 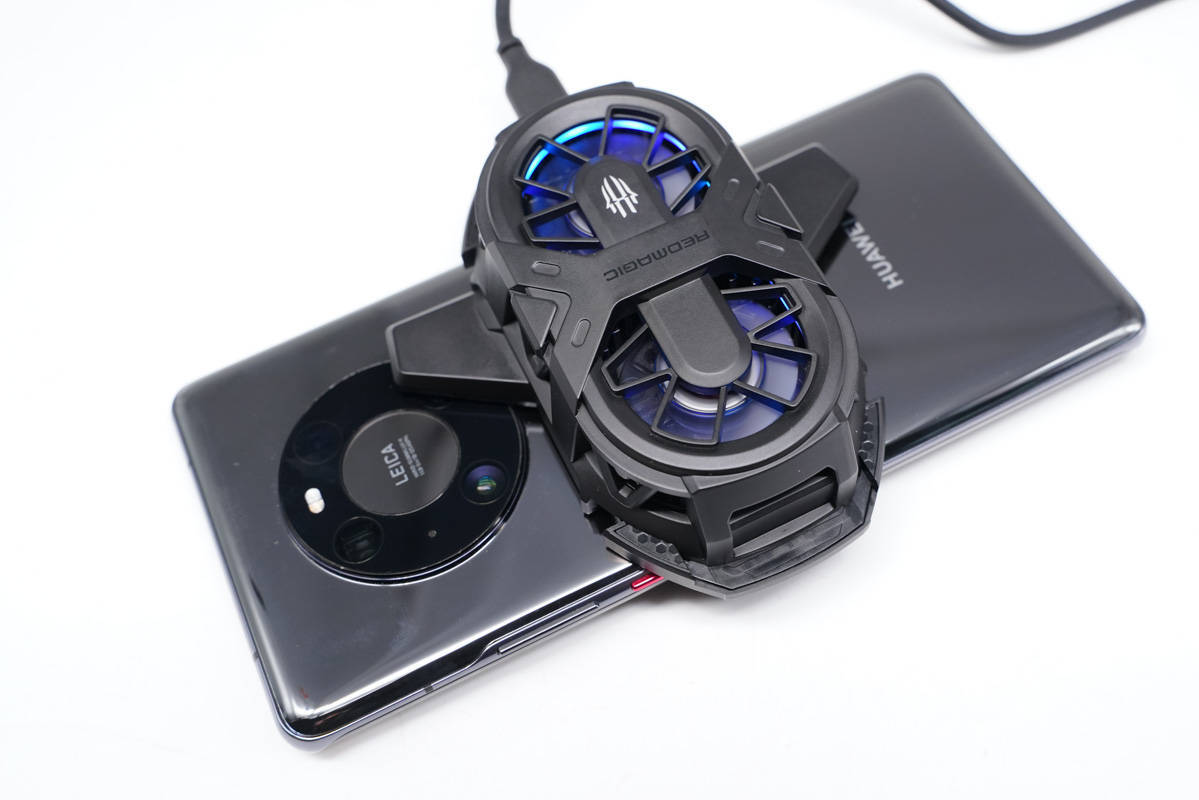 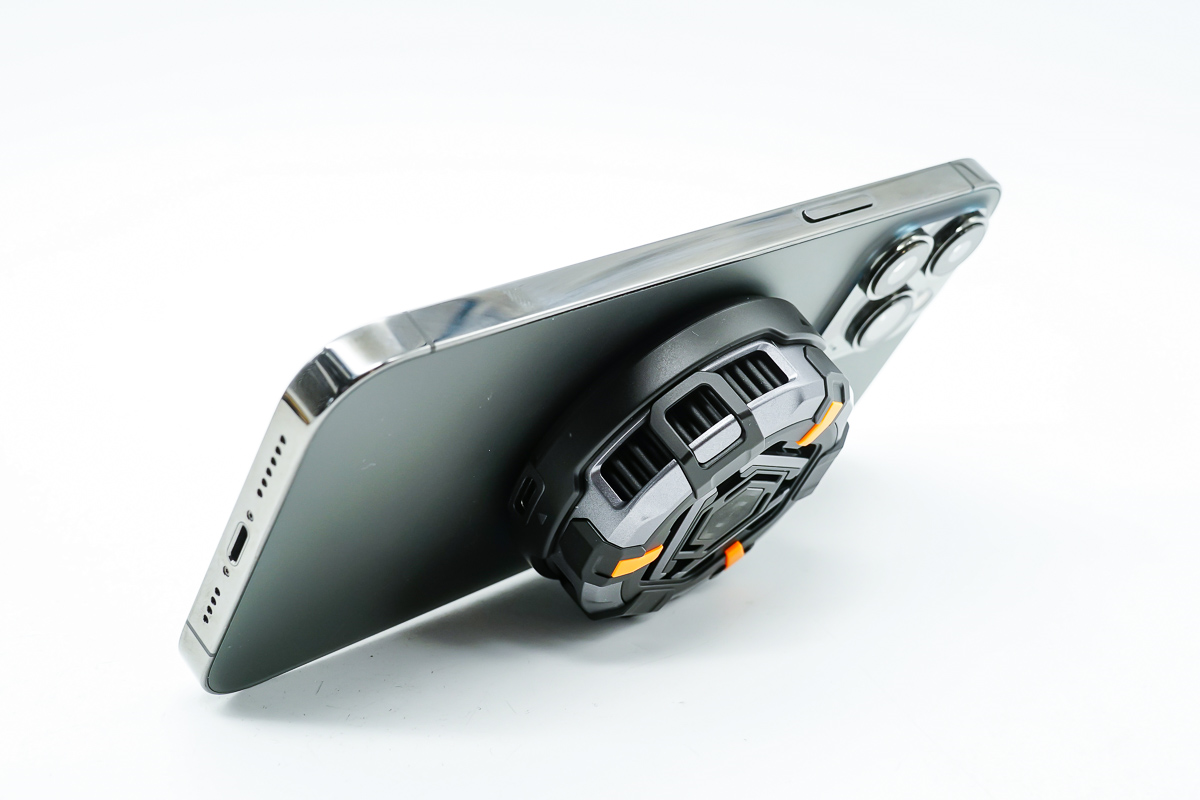 Unlike the traditional clamping semiconductor heat dissipation back clip, Bonkos magnetic radiator is designed for magnetic mobile phones. The fixed method is easier. The weight of 70.9g is not rearranged behind the mobile phone; the built -in mute fan, avoid noise during the heat dissipation process affecting the voice of the game, calm and quieter.

In the actual test, the PD charger is used for use, the consumption power is about 7W, and the temperature of the silicone hot surface can be obviously felt at ten seconds.

In addition to the essential heat dissipation, it is still a good stand behind the mobile phone. The magnetic suction stickers in the conference room can also work on behalf of them. So compare with the magnetic heat sink wireless filling launched by Bangkos before, which one do you prefer?