Keke …. In recent years, the rapid rise of the live broadcast industry has given many people a heart that wants to be an Internet celebrity. Singing is the way to keep the distance from the audience. Therefore, most anchors are in Singing will be sang during the live broadcast. Wanting to sing is moving, in addition to a natural voice, in fact, the sound card and microphone are also very important. Using the sound card, even if you sing a mess, you can become the sound of natural sounds. Well, this is actually a bit exaggerated, but it is undeniable that the use of good cards can indeed bring different performances.

In order to solve the troubles of most anchors, the live K song microphone launched by the anchors is also emerging endlessly. This one I have recently received is a pioneer APS-LM10 live K-song microphone is a very typical product. It is said that this is still Pioneer 80 Anniversary custom version, on the one hand, it is a live microphone, and on the other hand, daily K songs also have a good performance. This product has a built -in professional sound card function, and it also has functions such as DSP effects, mixer, supporting one -click removal sound, etc. The functions are very rich and practical. 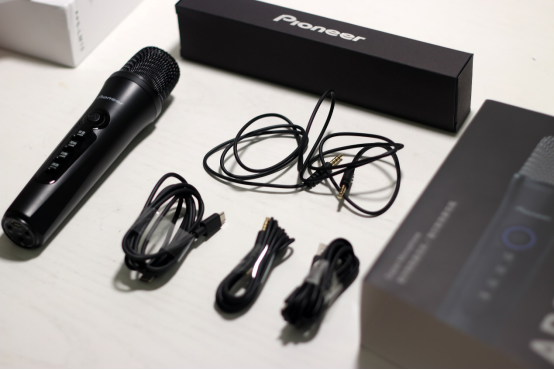 The side of the box is some highlights of this product. It can be seen that this product has a 14mm vibration film, supports the number of numerals, and also has a built -in USB sound card, which supports real -time ear return function and so on. These highlights should know well for friends who often K songs. They can create a very perfect K song environment for you. 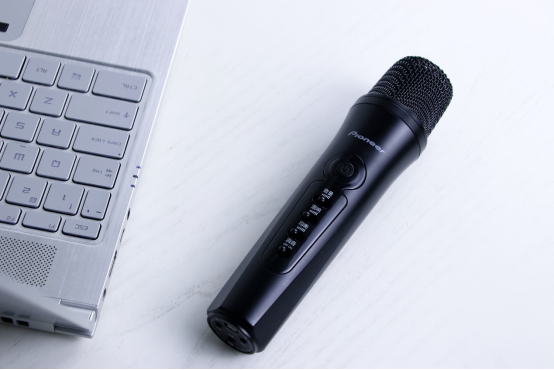 Not much nonsense, open the packaging directly, you can see that what I get is the black model. In fact, in addition to black, Pioneer also launched two versions of red and gray, which are pretty good. There are a large amount of black sponge filling inside the box, which is also to ensure product safety during transportation. The main body of the microphone is made of metal, and the texture is very good. You can feel that this is a product with full materials.

This microphone’s accessories are mainly wires. It can be seen that it has up to four connection cables, including Micro to Type-C connection, Micro USB cable, and audio connection cable. Many Android smartphones have canceled the 3.5mm headphone jack, and the Type-C connection provided by Pioneer has come in handy. When used, there is no need to add a conversion head to avoid damage during audio transmission. 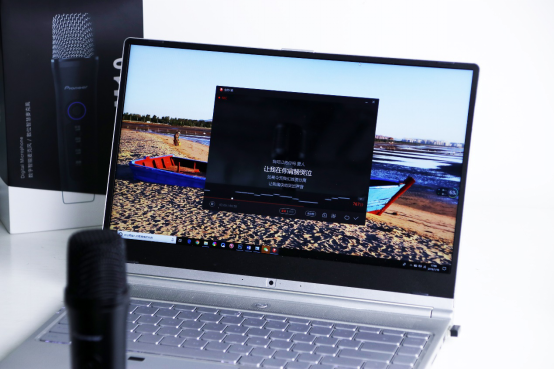 Let’s take a look at this product. The design does not have much highlights. It is similar to the ordinary microphone, but the volume is smaller. However, the solid materials are visible to the naked eye. The outer net uses the steel mesh+steel ring design, and the electrophoretic treatment is added. The texture is great. There is a pioneer LOGO above the tube, and you can also see a rich key module including the power button.

The Pioneer APS-LM10 microphone uses a built-in lithium battery solution, and is not equipped with a remote control. All operations can be completed directly on the microphone. For example, the volume of the sound, the regulation, the balancing, and even the sound of the sound, and the use of the dial design can master the adjustment strength well. It must be praised here. The microphone uses a wired connection solution, all interfaces are at the bottom of the fuselage, which is equally convenient to use.

There is only one indicator light in the microphone as a whole, which is the ring indicator of the power button. When the user is turned on, the blue is always bright. In addition, if this microphone is not available, it can usually be fully charged for about 3 hours. With sufficient power, you can sing for 8 hours in a row, which can completely make you sing. 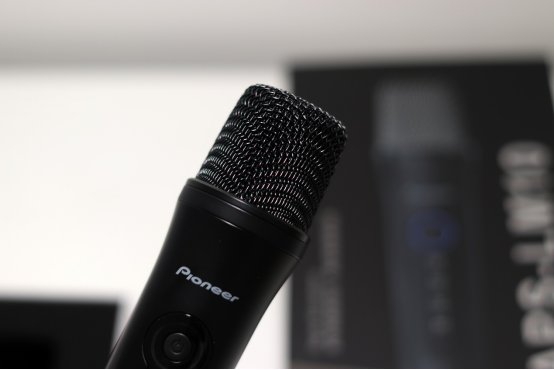 As an ordinary user, I don’t want to be an anchor, but I personally like K song very much. Often about two or three people can stay in KTV for one day. In fact, there have been many K song apps appearing on the phone before, but I can’t bring the experience of KTV singing. I can really bring people with a microphone and real -time ear return. 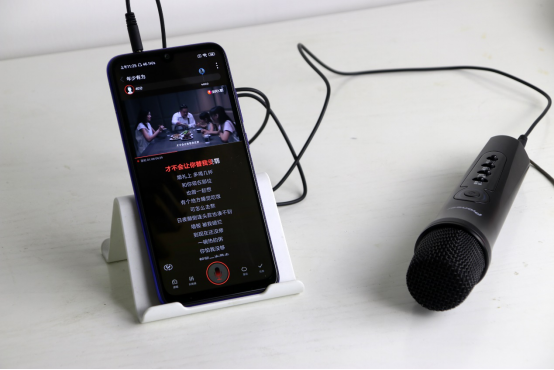 It is really upset to sing with the microphone on the headset.

With the pioneer APS-LM10 microphone, I have more and more accepted mobile K songs. It seems that it can save a lot of money a year. Whether it is an Android phone, an Apple mobile phone, or a Windows computer, this microphone can be easily compatible. Apple mobile phones are actually very good in the K song experience, because Apple supports real -time ear return function and has no delay. But Android phones and computers generally do not support this feature. Even if they support, they have a sense of delay, but after this microphone, this is not a problem. Singing is like in the K song room!

Moreover, I downloaded the software such as singing, the national K song, and found that this microphone can be perfectly compatible. Of course, there is no problem with the mainstream live broadcast platform. During the live broadcast of the mobile phone, two mobile phones are generally needed, one is a live mobile phone, and the other is a accompaniment mobile phone. In fact, the pioneer has considered this problem long ago, and the interface has been reserved. Because this product supports the muffle function, the accompaniment mobile phone can not find the accompaniment, play the music directly, and then open the muffled switch on the microphone. It can perfectly eliminate the original sound. 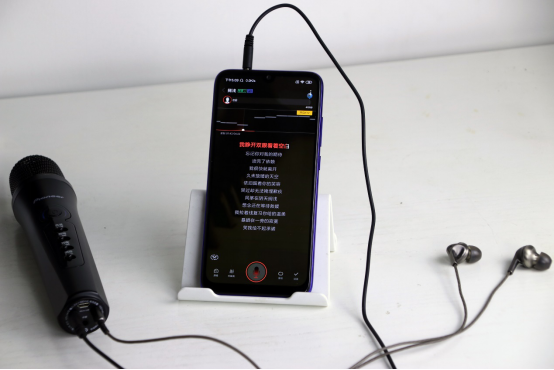 Interestingly, although many K song apps support the adjustment of the reverberation, the effect is very average. After all, it is later adjusted later, and the sound of this microphone comes in real time is displayed in real time. The reverberation push is a three -stage switch that can manually adjust the original sound effect, the recording studio effect, and the KTV effect. You only need to push it lightly when you live it to bring the desired effect. burst?

When using a computer K song, everyone should pay attention to setting the default playback device and the default recording device. When I used it for the first time, I did not set it up, and the instruction manual was clear. After using a USB to connect the computer, the computer will automatically recognize the audio driver and then use it. It is worth noting that both mobile phones and computers must be combined with headphones. After all, you can’t hear the sound without headphones. 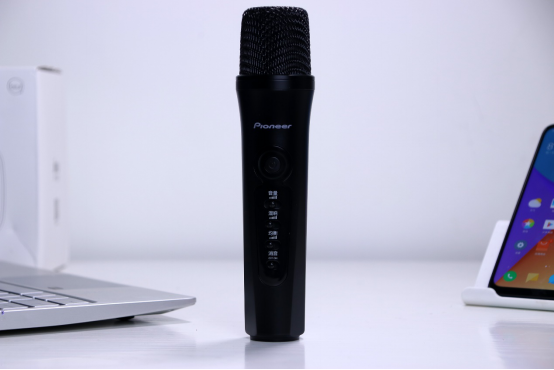 After a period of experience, this pioneer APS-LM10 microphone is indeed very satisfied, especially I have not been exposed to the corresponding product before. The first time I experienced K song on my mobile phone! In addition, the rich features have also improved the application of this product. If you are a talented anchor, then you must try it. If you are the K song enthusiast like me, then you must experience it carefully. I wo n’t say much, I want K song again …