In this issue, we will talk about Sony’s PS4 console game console, the hero played console games when he was a child, there was no money at that time, so he went to the game hall to spend 2 yuan / hour to play, and finally saved some pocket money to spend on playing games. The first to get into games was Konami’s Pro Evolution Soccer 5, which couldn’t be connected to the Internet, it was all disc games, and at that time owning a console of your own console was probably the biggest wish of childhood.

Then went to work, finally made money, but has been traveling, no fixed place, can not find friends to play console games, at this time console games have improved more, what to lock the area, DLC, digital cards, some professional terms we do not understand, do not dare to ask.

Last year, I finally made up my mind to enter the pit of console games, and finally had a console game console of my own. Finally fulfilled my childhood wish.

So I want to summarize the things about PS4 that I didn’t understand since I was a child, and share them with friends who want to buy console consoles to avoid detours.

First, do you want to buy a console game console? 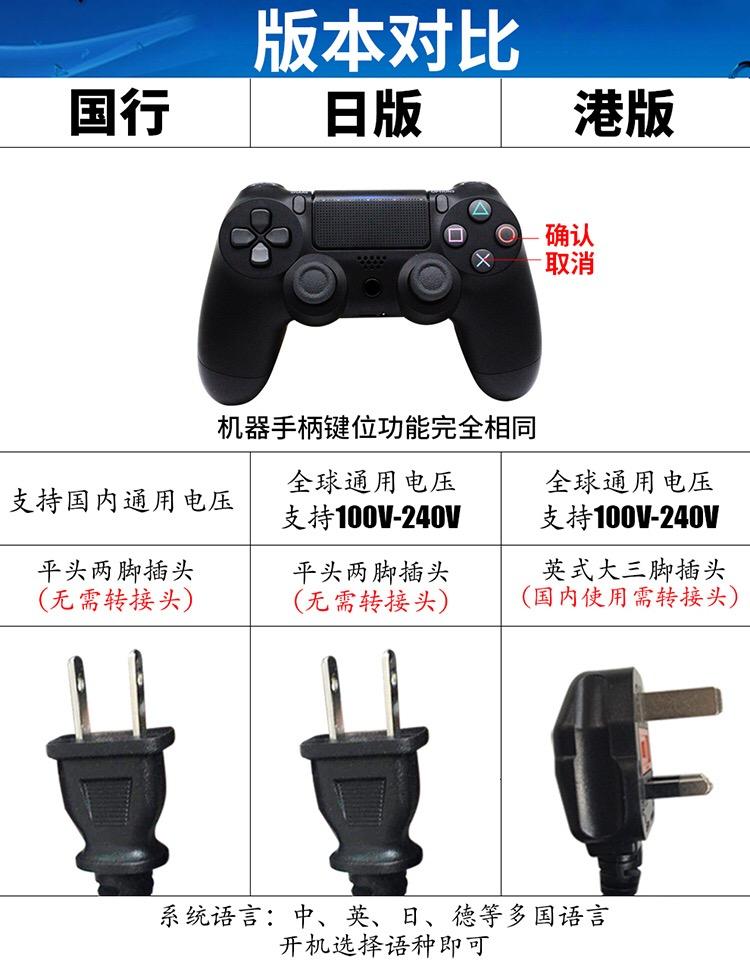 1. There are too few players around the console game, so be prepared to fight alone.

2. After many people bought the game and became enthusiastic, for various reasons, there was no time to play, and the machine was eaten to ashes, including me. It’s the same as getting a fitness card.

If you think it’s okay, then look down.

Second, to buy PS4, what else to buy?

In addition to a ps4 pro host, a 4K large TV, a host machine bracket, but also to be able to network, preferably more than 200M. Other accessories depend on your own situation.

Of course, it is Pro, after all, it supports 4K HD, and Sony has just announced that PS4 has exceeded 100 million units worldwide, but PS4 has entered the end of the period, because there is publicity that the PS5 will come out next year or the year after. But the PS4 will still be on sale for a while, so there will still be something to play in the next few years, so you don’t have to worry about it at all.

4. Which brand to choose for TV?

I bought the first Xiaomi 4K big TV sold on the whole network, but to be honest, the effect is not great, especially the gloomy picture, very unclear, tired to watch. I used my Apple computer to put movies on the TV, and there was a noticeable decrease in picture clarity. So it is recommended to buy a Sony TV, but the price is much more expensive, other brands, have not been used, you can decide for yourself. 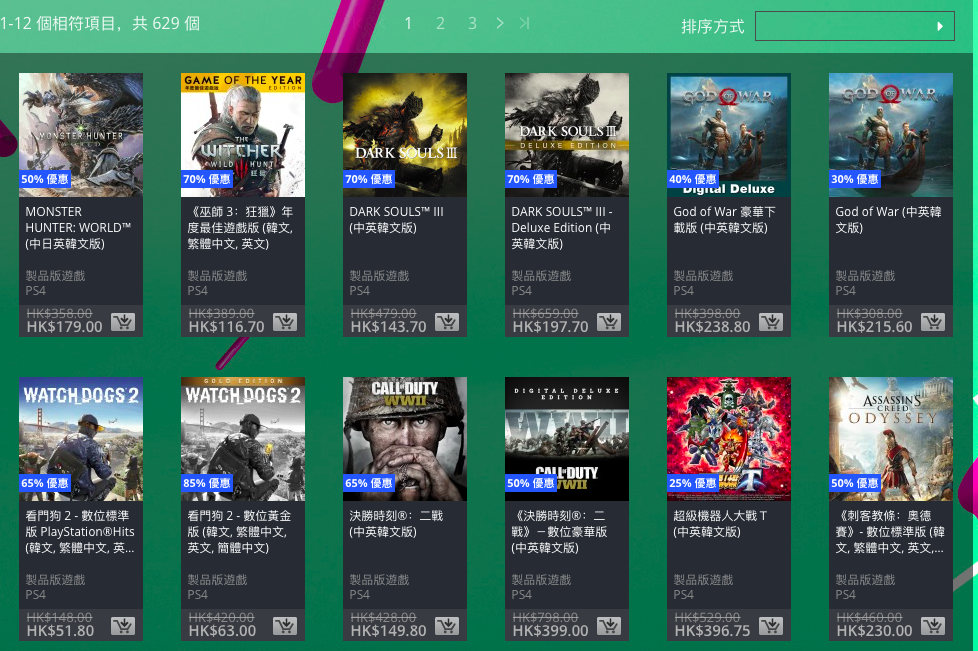 The other difference is that the plug is there, you need to buy a plug converter, and generally buy a machine will be given away. 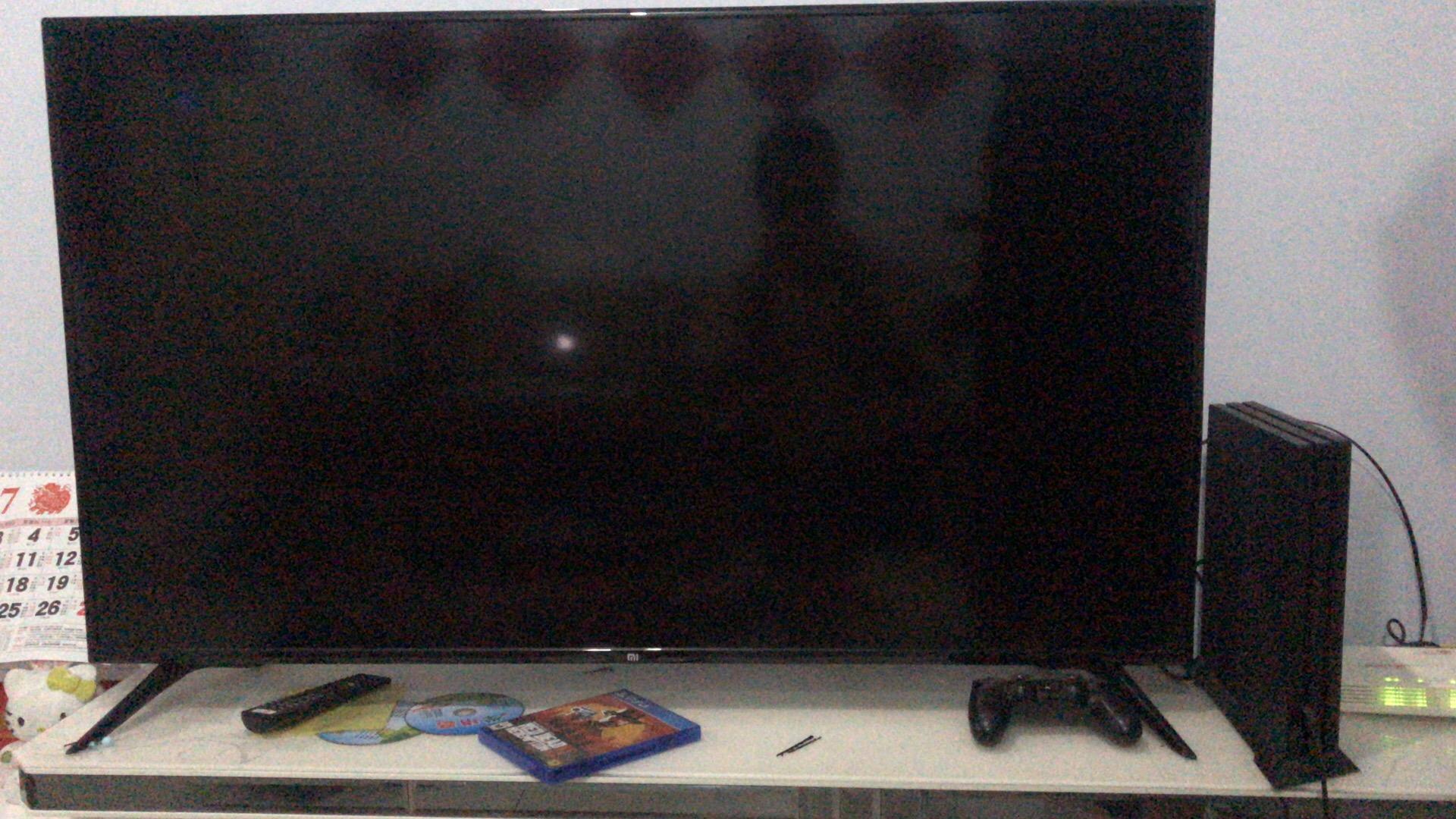 I bought it directly online, Suning International, in fact, it can be found on Taobao and Jingdong. As long as it is official, it is not a big problem. Most of them are shipped in Hong Kong, but also to pass customs or something, and then transfer to Macao, to Guangzhou and then send to you, the transportation cycle is about 8-15 days, mine used 10 days, those 10 days are really anxious, looking forward to the stars, looking forward to the moon. 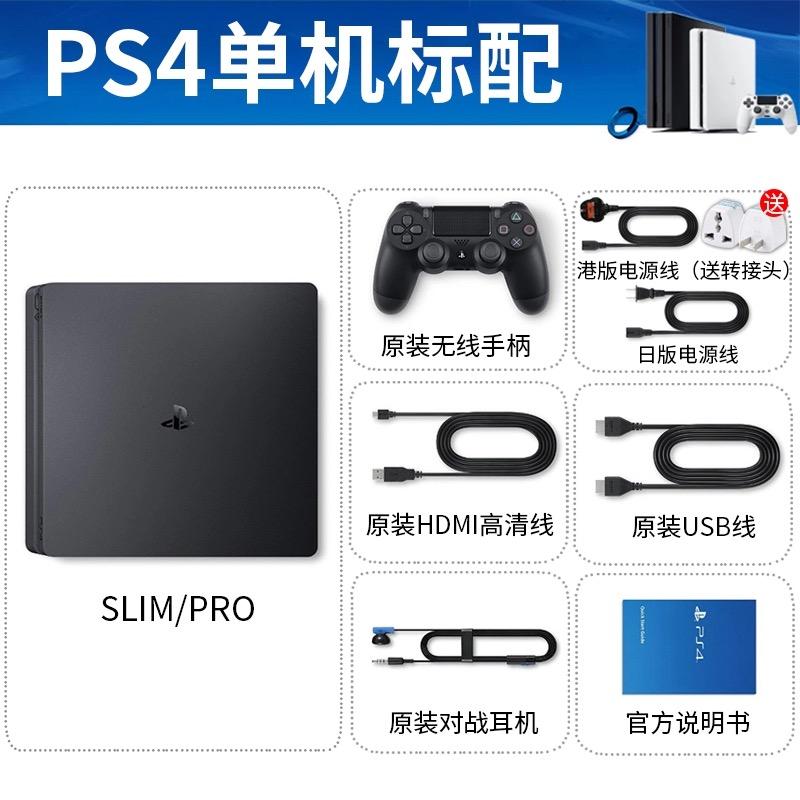 7. The game buys the physical disk or

This depends on individual needs.

The digital disk can only be played by yourself, as long as you are online, you can download it to the host at any time to play, without waiting too much for the mailing time, and there are many discounts.

8. Should Sony members be opened?

The answer is yes, yes. 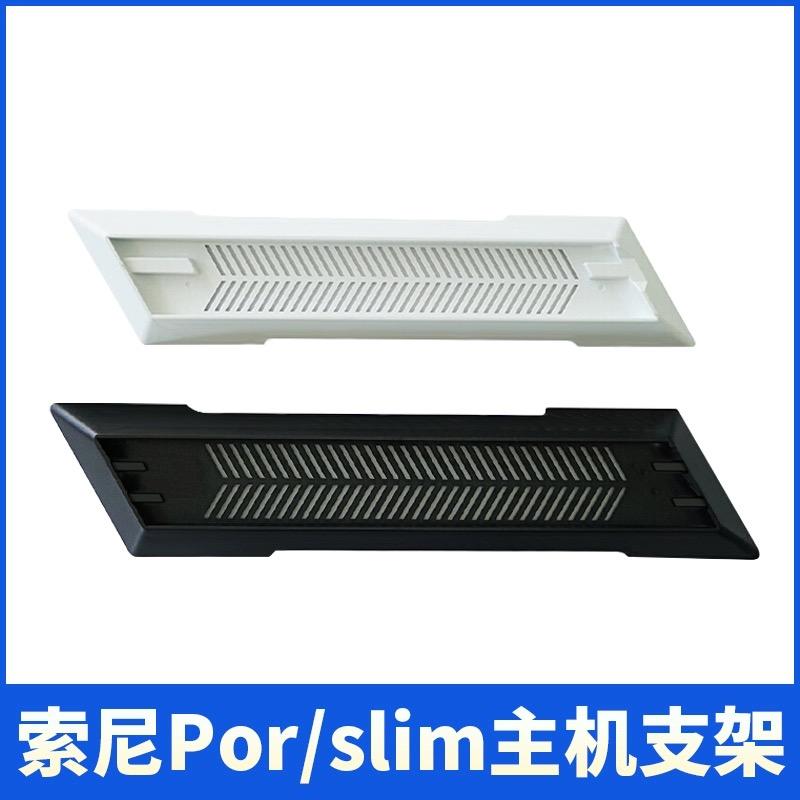 At present, Sony’s PLUS members have increased prices from August 1st, that is, today. 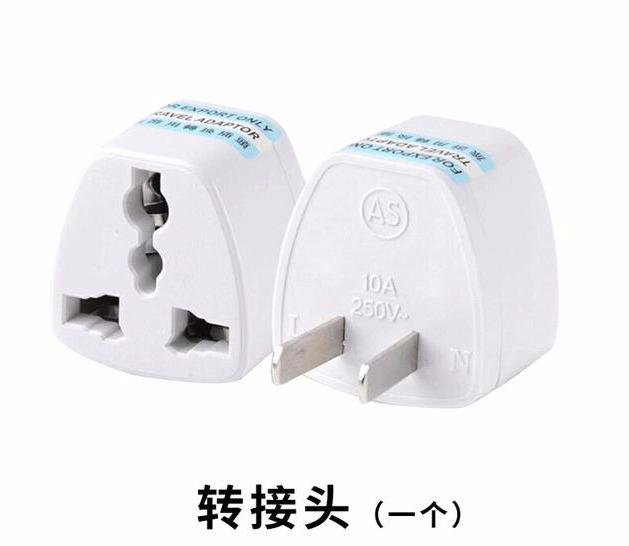 The most immediate benefit is that 2 free games will be given away on the 7th of each month, and what games to send depends entirely on luck. But you know, any game now costs hundreds of dollars. As long as you send a 3A masterpiece, your membership fee will be repaid, so it is still worth it.

9. Is it convenient to buy digital versions of games?

As long as you register a member on the official website of Sony Hong Kong Service, remember the address to fill in a Hong Kong address to register successfully, and then purchase and pay for the shopping cart.

Payment needs to be recharged in advance, the most convenient way is to use Alipay to directly scan the code to pay, the exchange rate is directly converted, because it is to recharge Hong Kong dollars, so RMB is equivalent to eight discounts, that is, charge 50 Hong Kong dollars, as long as you pay about 40 yuan on it.

There is also a way to recharge, that is, to buy a stored value card on Taobao, which is cheaper, and there are still many people who buy it. But I haven’t actually bought it, you guys are bold, you can try it.

10. What is an exclusive game?

Exclusive means exclusive possession, not sold on other platforms, this is the game company’s strategy to attract players, we play console games to see which exclusive 3A masterpiece game we want to play.

At present, the main game platforms are Sony’s PS4, Microsoft’s Xbox, Nintendo’s Switch and Steam. Each platform has its own advantages. There are also games that are sold on all platforms, after all, there are more players who can be sold, and the price on the general computer is cheaper.

After the game is released, the game company may add some game content, including supplementary storylines or new stories, skins, characters, etc., and will also fix some bugs, add props, coins, etc. Some are free and some are charged.

Some of the main games sell you a piece of money, and then actually sell n DLC excessively, and you can’t get thousands of dollars.

12. What are the precautions for purchasing games?

After all, shooting with a handle is simply a disaster, and my kind of handicap is not good. But it is said that there are masters who are very strong after adaptation, and there seems to be peripherals of keyboard and mouse, I have not bought them, you can research them yourself. 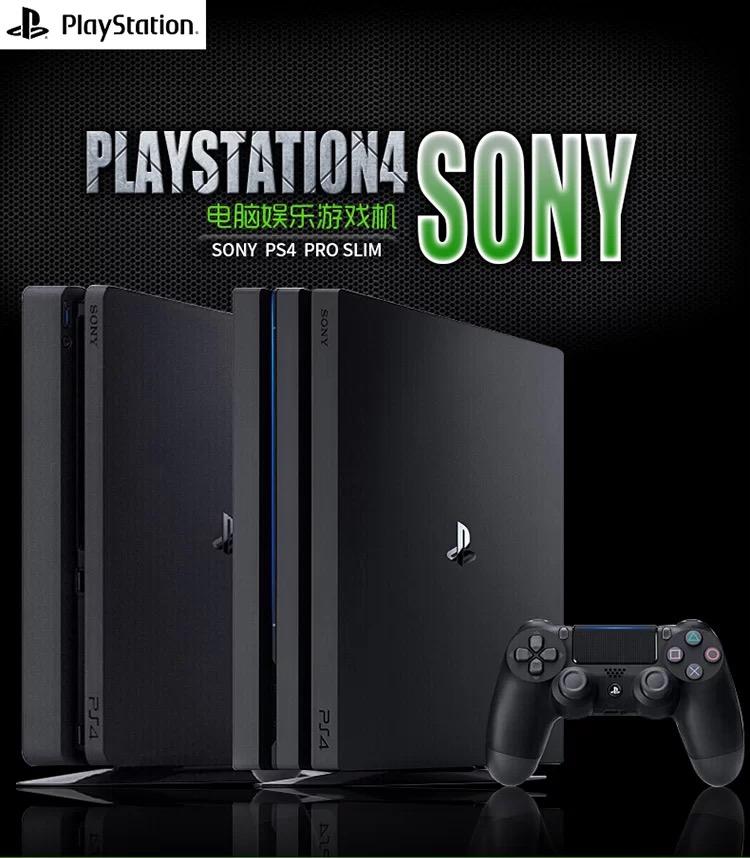 Some games will have an auxiliary aiming function, and the intensity of different game aids is different, some can aim at one point, and some are the same as nothing.

Some games 3D play will make you dizzy, nausea, dizziness and vomiting. For example, I started to faint when I played “Shenhai 4”, and then it was better, but I played “The Last Survivor” and fainted even more, and now I have played the beginning, and I have not played it in the follow-up. But I heard some partners say that when you go out and vomit and vomit, you won’t faint if you get used to vomiting.

12. Which mobile app related to host information is better?

I mainly use the second cake this, there are many players, the information is released quickly, and at the same time I downloaded a nomadic starry sky, the strategy is a little more, and the rest can go to station B to see. How to choose the specific game can be watched there, and we can also communicate.

Is it better to buy PS4, Xbox or Switch?

The difference between PS4 and Xbox is mainly based on exclusive games.

Switch is portability, games are more entertaining and interesting.

Any industry has a chain of contempt, and in the game industry, the player who stands at the top of the chain of contempt is a console gamer, once you enter this circle, then you can mock all other gamers, a 3A masterpiece, from plot to acting, from music to effects, that is the top, if you have not played a game console game, how can you be embarrassed to say that you are a senior gamer?

Welcome to have any questions, let’s communicate more, remember to pay attention