Crammed into 1TB of flash memory, and up to 985MB/s of speed, the performance is not inferior to SSD hard drives – essentially SD Express interface expansion cards, supporting PCIe 3.0.

With a 1TB hard drive, XPG Vault also supports Gaming Launcher software, which works together to turn the mouse into a mobile game library. 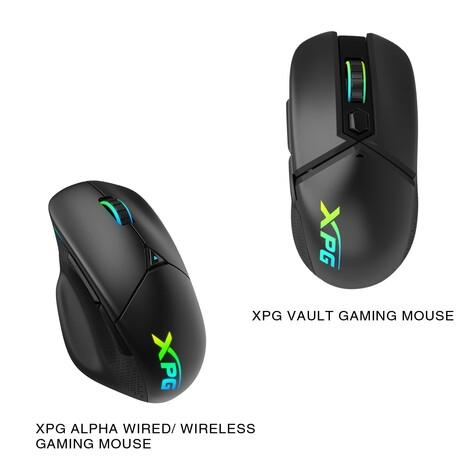 1TB capacity can store many game masterpieces, and the speed of 985MB/s for game reading and writing is not a big problem, but there is no actual experience yet.

XPG Vault is not the first gaming mouse with built-in storage, but Sony has a similar product more than 20 years ago, but at that time it was a Sony memory stick, with a capacity of only 8 to 16MB and an interface rate of only 1.5MB/s, which did not make much sense.