Sometimes some little thing can teach us a lot.

My grandparents were married for over half a century, and played their own special game from the time they had met each other. The goal of their game was to write the word”shmily”in a surprise place for the other to find. They took turns leaving”shmily”around the house, and as soon as one of them discovered it, it was their turn to hide it once more. They dragged”shmily”with their fingers through the sugar and flour containers to await whoever was preparing the next meal. They smeared it in the dew on the windows overlooking the patio where my grandma always fed us warm, homemade pudding with blue food coloring.”Shmily”was written in the steam left on the mirror after a hot shower, where it would reappear bath after bath. At one point, mygrandmothereven unrolled an entire roll of toilet paper to leave”shmily”on the very last sheet. There was no end to the places”shmily”would pop up. Little notes with”shmily”scribbled hurriedly were find on dashboards and car seats, or taped to Steerin g wheels. The notes were stuffed inside shoes and left under pillows.”Shmily”was written in the dust upon the mantel and traced in the ashes of thefireplace. Thismysteriousword was as much a part of my grandparents’house as the furniture.

It took me a long time before I was able to fullyappreciatemy grand-parents’game.Skepticismhas kept me from believing in true love-one that is pure and enduring. However, I never doubted my grandparents’relationship. They had love down pat. It was more than their flirtatious little games; it was a way of life. Their relationship was based on a devotion andpassionateaffectionwhich not everyone is lucky to experience. Grandma and Grandpa hold hands every chance they could. They stole kisses as they bumped into each other in their tiny kitchen. They finished each other’s sentences and shared the dailycrosswordpuzzle and word jumble.. My grandma whispered to me about how cute my grandpa was, how handsome and old he had grown to be. She claimed that she really knew”how to pick’em.”Before every meal they bowed their heads and gave thanks, marveling at theirblessings: a wonderful family, good fortune, and each other. But there was a dark cloud in my grandparents’life: my grandmother had breast CANCER. Disease Had FIRST APPEARED TEN Years Earlier. As Always, Grandpa WAS with Her Every step of the way.

He comforted her in their yellow room, painted that way so that she could always be surrounded by sunshine, even when she was too sick to go outside. Now the cancer was again attacking her body. With the help of a cane and my grandfather’ s steady hand, they went to church every morning. But my grandmother grew steadily weaker until, finally, she could not leave the house anymore. For a while, Grandpa would go to church alone, praying to God to watch over his wife. Then One day, what we all dreaming funly happing. Grandma was gone. “Shmmily.” It was scrawled in Yellow on the Pink Ribbons of My Grandmother & APOS; S Funeral Bouquet.

As the crowd thinned and the last mourners turned to leave, my aunts, uncles, cousins ​​and other family members came forward and gathered around Grandma one last time. Grandpa stepped up to my grandmother’s casket and, taking a shaky breath and then he Began to sing to her. Through his tears, the song came, deep and slow.

Thank you, Grandpa and Grandma, for letting me see. Chinese translation “I know how I love you”

My grandfather and grandmother have been married for more than half a century. However, for many years, they have played a special game tirelessly: writing the word “shmily” in an unexpected place to stay at the other party to discover the other party. They rotated the “shmily” behind the house, and started a new round once the other party discovered. They wrote “shmily” in sugar cans and noodles with their fingers, waiting for the other party who prepared for the next meal to find out; they wrote “shmily” on the glass covered with frost flowers; hot baths again and again After that, you can always see the “shmily” left on the mirror of the fog mask. Sometimes, the grandmother even rolls a whole volume of toilet paper, just to write “shmily” on the last piece of paper. There is no place where “shmily” is impossible. The “Shmily” written in the hasty room will appear on the car cushion, or a small note attached to the steering wheel axis. This category of note is stuffed into the shoes or pressed under the pillow. “Shmily” will be written on the thin dust on the table of the fireplace, or outlines on the ash bottom of the furnace. This mysterious word has become part of their room like grandparents’ furniture. It was not until a long time that I could fully understand the meaning of the game between my grandparents. When I was young, I didn’t know how to love -the pure and long love. However, I have never doubted the feelings between my grandparents. They love each other. Their mini -games are far from flirting and pastime, which is a lifestyle. The relationship between them is based on a deep love and dedication, not everyone can experience it. Grandfather and grandmother had a chance to hold each other. They kissed out of the kitchen in the small kitchen; they finished their half -sentence sentences; they played spelling and word puzzle games together. My grandmother often whisper to me how cute and charming my grandfather was, and still so handsome. She proudly declared that she did know how to choose. Every time they prayed before the meal, I thanked them for the many blessings they received: a happy family, good luck road, and having each other. But a piece of black covered the grandparents’ home: the cancer of the grandmother worsen. The first discovery was 10 years ago. As in the past, my grandfather always took every step of life with his grandmother on his shoulders. In order to comfort the grandmother, the grandfather sprayed their bedrooms into yellow, so that when the grandmother could not go out of the house, they could also feel the surrounding sun. At first, with the help of the grandfather’s solid arm and crutch, they went to the church to take a walk and pray in the early morning. But as the grandmother saw the weakness, finally, his grandfather could only go to the church alone to pray for God to take care of his wife. However, that day, we worried about fear that finally happened, and grandmother went. 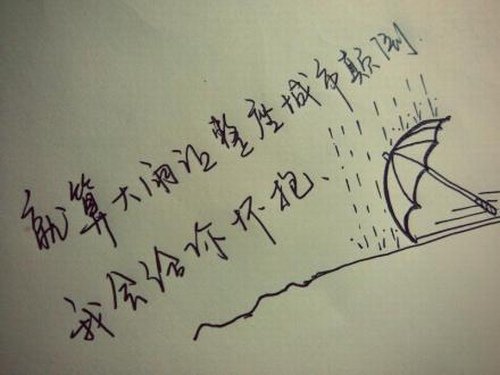 “Shmily” is written on the yellow ribbon of the bouquet of the flower funeral. When the crowd dispersed, the uncle, aunt, and other family members took the last time to gathers beside the grandmother. The grandfather stepped towards his grandmother’s spirit, and gently sang “I know how I love you …” Through sad tears, this song floated into the ears low and softly … I finally understood their special mini -games. The meaning of “S -H -M -I -L -Y”: “See How much I love you (know how I love you)”. He trembled because of sadness, I can never forget that moment. Thank you, grandfather and grandmother, you let me know what love is.

In the future, I will use this name to open my English learning path, come on