When we met a teacher when we were young, we had to stop on the school or the street to stand up to “raise your hand” or “bow”. The teacher nodded to thank. The teacher entered the classroom in class, and the squad leader issued the order: “Standing!” All the students shouted together: “Good teacher!” The teacher responded: “Good classmates! Please sit down.” The teacher started lectures.

In the old days, pedestrians met on the road, nodded with each other, and met the acquaintances casually. When eating, this was a common etiquette. If you don’t say a word and go away, you will be said to be “big” and look down on. As the saying goes, “the ritual is not strange”, people often be polite to treat others, and evaluate the level of a person’s moral cultivation level.

The young people met the old man “uncle” and “big mother”, and the sound of “brothers” and “嫂” between peers. The road meets each other to give way. If the other party is inconvenient, it is common etiquette.

“Far relatives are not as good as neighbors”, and the neighborhoods pay attention to friendship between the neighborhoods, and borrowing small things will treat each other enthusiastically. Whoever do happy events, white events or repair houses will actively help, and those who are close to the relationship will be given gifts. If you can’t do these, they will be discussed behind others, and they will be said to be “ignorant”. This person lacks education.

The old Zhengzhou people pay attention to the form of etiquette, usually as a puppet or worship. When acquaintances meet, celebrate the festivals, and welcome guests to arch the hands. This is a kind of etiquette. Men and women are different in form. The man’s body stands upright and faces the salute. He lifts his fists to his chest and shakes up and down. This architect is called a cricket. Women are commonly known as “worship”, their upper body is slightly leaning down, her hands are gently gripped, and their hearts are shaking lightly.

Worship is also called hoe. This is a great gift of the people. He worships his ancestors, begs the gods to worship the Buddha, worships the long -term worship, worshiped the apprentice, and the newlywed couple worships the world. The form of worship is generally the same.

The number of hoe is different according to the situation. The general etiquette is once or three times. After the Republic of China, it was changed to “bowing”, but some people’s sacrifice activities still retained the etiquette of hoe.

Rural people in Lao Zhengzhou wore more cotton clothing, self -spinning, self -weaving, self -tailoring, self -sewing cotton clothing regardless of men and women. The style of the top is the male to the door, the female big placket. The pants are wide waist and big crotch. The old lady is afraid of the child in winter, and often puts the child into the waist pants to warm it. It can be seen that the waist waist is wide. Most of the cotton jackets in winter are dark blue and black, and dark blue is delivered to the dyeing workshop. Black is dyed with pomegranate skin or buying pigments.

The crop people wear large crotch cotton pants, lift the trousers and fold on both sides, tie trousers belts, and use legs to wear trousers with trousers to avoid drilling wind. Wear the cotton hats, felt hats, or buy it with a towel. Rich people in rural rich households or people in the city often wear satin and hats.

At the end of the Qing Dynasty, men dressed as long horse gowns, horseshoe sleeves, melon skin caps, double -faced, single -faced shoes. Women’s top skirts, legs and feet, wearing embroidered shoes. In the Republic of China, the man was still wearing a robe, (the single is a shirt, the cotton is a robe), and the horseshoe sleeves have been abandoned. The suit began to appear in the society, but only officials, international students, and college students occasionally wear it. During the Republic of China, Zhongshan costume began to be popular, and Mr. Sun Yat -sen was designed based on British hunting clothing. Zhongshan is packed with a placket, five inlets, and the front chest is dotted with square bags. There are soft caps, the front of the front, the front, the left and right, and the left and right are large square convex bags. Summer is white, spring, autumn, and winter are black or dark blue.

Entering the Republic of China, women’s costumes have changed significantly, and the Qing Dynasty clothing with large embroidery, lower length and knees, and legs tie feet was gradually eliminated. Instead, it is a narrow and slender turtleneck shirt, black long skirt. Later, young women, especially women who were educated in the city, under the influence of Western culture, women’s curve beauty was valued, and she cut her clothes to make more fit. Middle -aged fashionable women’s clothing has a greater change, and tight cheongsam and fur shoes prevail.

I heard my mother say that in 1931, when she graduated from Kaifeng’s female teacher, the school organized graduates to go to Suzhou and Hangzhou to visit. Southern students pointed to the Kaifeng girl of the team, “Henan Brigade! Henan Brigade!” When the teacher of the Kaifeng female teacher immediately felt that the clothes were not in, they processed a light -colored cheongsam for each of the students. To Kaifeng, wearing it, it is very beautiful. It can be seen that the service of the north and the south at that time was not as fashionable as the south.

The male student’s Zhongshan outfit is not a lapel, just a narrow and low narrow collar. The buttons are tightly buckled, so there is no need for tie or bow tie, which looks very energetic. Girls with short hair, wearing wide -sleeved white tops, black cloth skirts, white cotton wire socks and black cloth shoes. 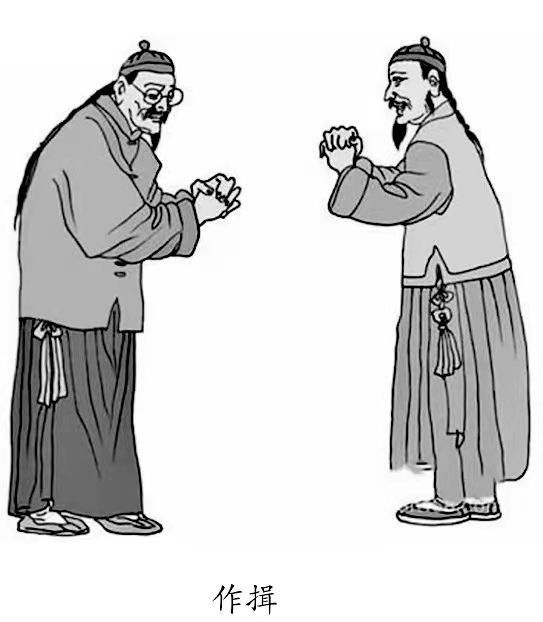 At the time of marriage, the groom wore a robe and a horse gown and a black hat to become a popular wedding costume. When the old girl was married, the braids were compiled. The bizomel was inserted into silver, wearing embroidered shoes, and embroidered Luo skirts for women’s wedding dresses, but no one was wearing. Women wearing wedding dresses, men in suits and leather shoes, riding a car, held a new wedding ceremony in the auditorium Zhengzhou occasionally visible.