Go to an outdoor tent and coffee, this is the “wild luxury” popular in the city

My friend Chen Zenan has not yet become a “wild luxury camping”, but has been “squeezed” by some brands selling exquisite camping equipment.

Speaking of this, he sent a crying expression, but I could feel that he was imperative to this matter. In the process of buying these equipment, he became friends with many outdoor equipment sellers and camps in Hangzhou, so it also indirectly promoted me and two interview objects.

“Wild Luxury Camping” has become popular in China, and the urban middle -class team like Chen Zean is constantly growing.

The full name of “wild luxury camping” is “wild luxury camping” and is also called “exquisite camping”; they are translated from the same English word- “GLAMPING”. I can feel that people in the outdoor business ring, or some fashionable urban elites in Jiangsu, Zhejiang and Shanghai, prefer to use “GLAMPING” to tell this hottest lifestyle.

I can understand that after all, the word is quite smooth, and there is a sense of playfulness. When the tail sound falls, it sounds like a kind of social traffic. Perhaps more importantly, only its English words can accurately explain what this lifestyle is.

Like the “brunch (brunch)”, which is keen on the middle class of domestic cities today, “GLAMPING” is also a narrowing word. The disassembly is “Glamorous (luxury, exquisite)” and “camping (camping)”. word. 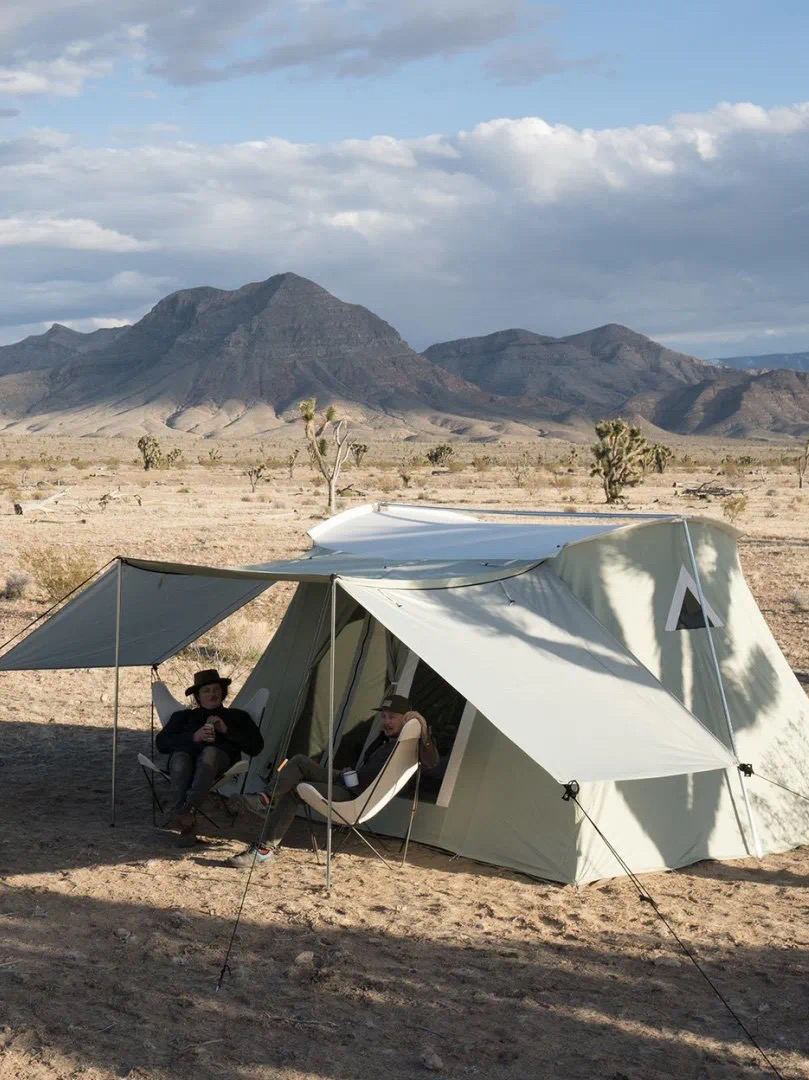 The word “GLAMPING” first appeared in Britain in 2005. As a kind of outdoor lifestyle it represents is accepted by more and more European and American consumers, “GLAMPING” was officially included by Oxford English dictionary in 2016.

According to the definition of Oxford English dictionary, this outdoor camping method often contains comfortable equipment and supporting facilities, such as beds, electrical facilities, toilets, kitchen utensils, etc., but these equipment are usually not used in traditional camping.

In fact, many people should have seen “GLAMPING” in American dramas or European and American movies. In those film and television works, the characters drove the modified RVs to the wild, and chose a place suitable for Anzhai to camp, set up a thick tent, moved out a folding chair, and set up a small stove. Still with barbecue and make coffee on the other side. 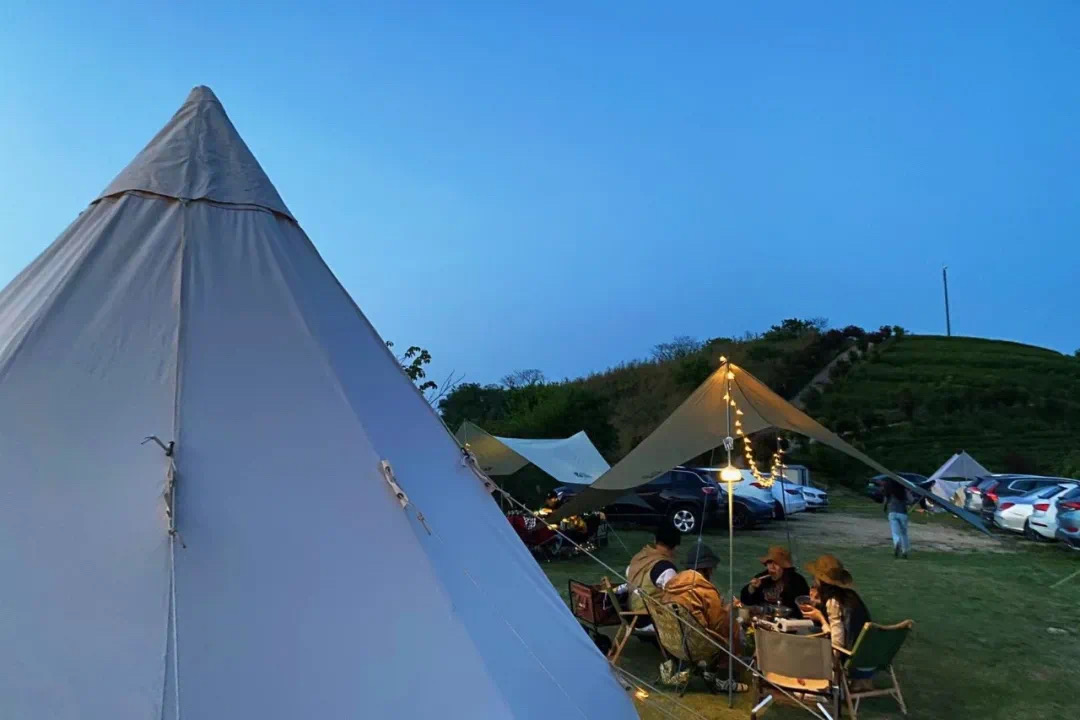 This is simple. The more refined wild camping is almost equivalent to copying high -end hotels into the wild. For example, when watching wild animals in Africa, in order to facilitate the migration of wildlife groups, live in the wild animal tent (Safari TENTS); or it is a common tree house commonly used in Europe and the United States. Hotel Houses. The closest to the nature of contemporary “wild luxury camping” may be the camping wave of African Wild Zoo in the 1920s. At that time, the wealthy Americans and the British ran to Africa to explore and watch wild animals, but they did not want to sleep at the wild meal in the wild and suffer. Therefore, the Adventures of the African Wild Zoo published in 1992 (

Safari: a Christicle of Adventure

) As soon as I wrote, those British and Americans brought generators, folding bathtubs and champagne wines during the African adventure to ensure that they can still enjoy exquisite home life when they are risky in the wild. 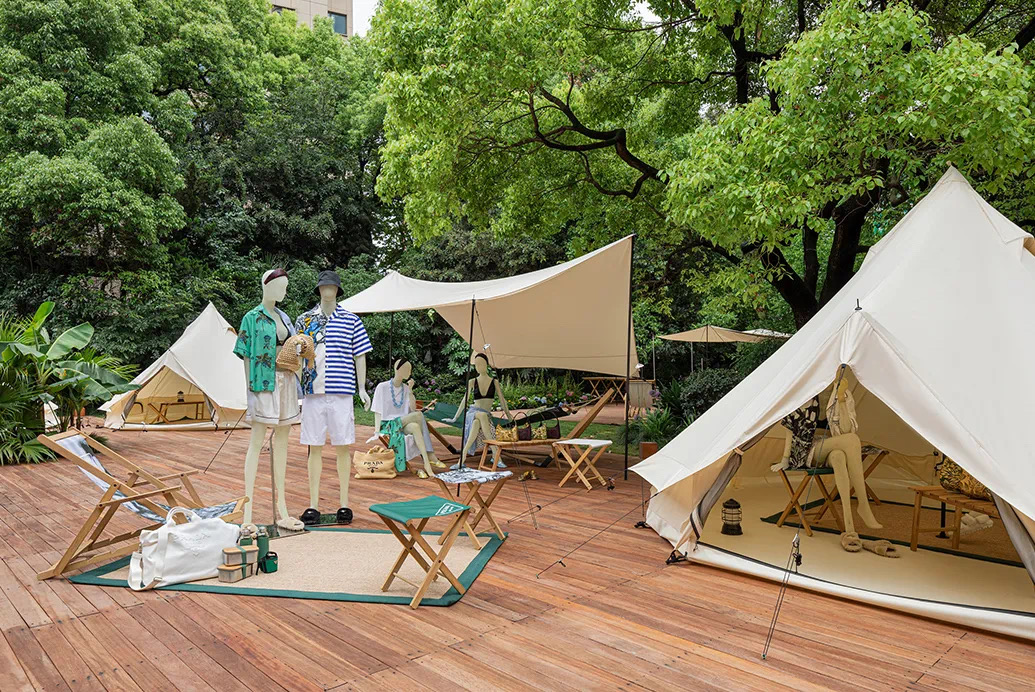 Today, this exquisite camping is rapidly forming popularity in China. The epidemic is naturally an important event to help this trend development. Some media in China have defined 2020 as “the first year of China’ s wild luxury camping. ” Behind this is the significant increase in sales of related industries and surrounding goods.

A intuitive example is the just -concluded 2021 Shanghai ISPO outdoor exhibition. The introduction of the exhibition mentioned that the area of ​​the “camping life exhibition area” in 2021 turned ten times compared with 2020, which was almost equivalent to the total area of ​​other outdoor product exhibition areas. This side confirms the booming of China’s camping industry in the past year. 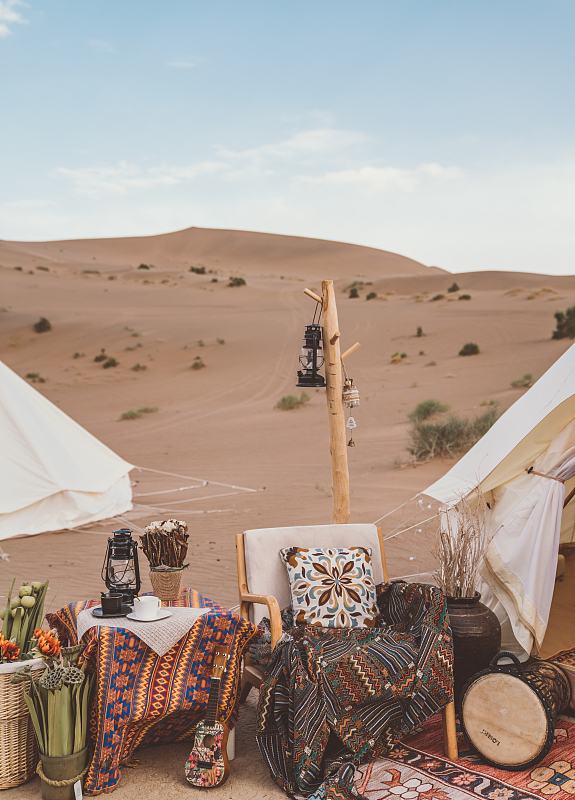 A lifestyle that sweeps the world is usually inconsistent. It has different progress in the birth and gathering of wealthy classes in each region, and it becomes popular at different time nodes. But “exquisite camping” is an exception. With the help of the epidemic, exquisite camping is popular at the same time in the United States, Europe, South America, East Asia, and the Middle East. China has also caught up with this big popularity.

In the past two years, the multinational travel ban has caused international travel to be interrupted, and indirectly forced the international tourism retail industry to fall into Binggu. Overseas luxury consumption returns to the local market, promoting the prosperity of the domestic luxury market. Basically, the continuous enhancement of the purchasing power of consumers in Chinese cities has promoted the strong growth of high -end consumption in the local market.

In this context, “wild luxury camping” almost perfectly cater to the needs of some consumers who want to travel outdoors and enjoyment, and become an excellent choice to replace traditional travel methods. From the perspective of professional outdoor hug, “GLAMPING is inevitable in China, catering to the Chinese entertainment consumption habits.”

In the past year, wild luxury camps have sprung up in China. In the suburbs of the city, many small and medium -sized commercial camp brands have been established. At the same time, some large -scale camps established earlier, as well as homestays, hotels, and scenic spots, on the basis of the original main business, it extended new wild luxury camping services.

Among these options, high -end service options supporting campers have appeared directly to check in. Hugo mentioned that this kind of luxury camping with self -service traditional camping is “not even outdoors.” But is China’s “GLAMPING” really different from the British and American “GLAMPING”? The answer is: No. 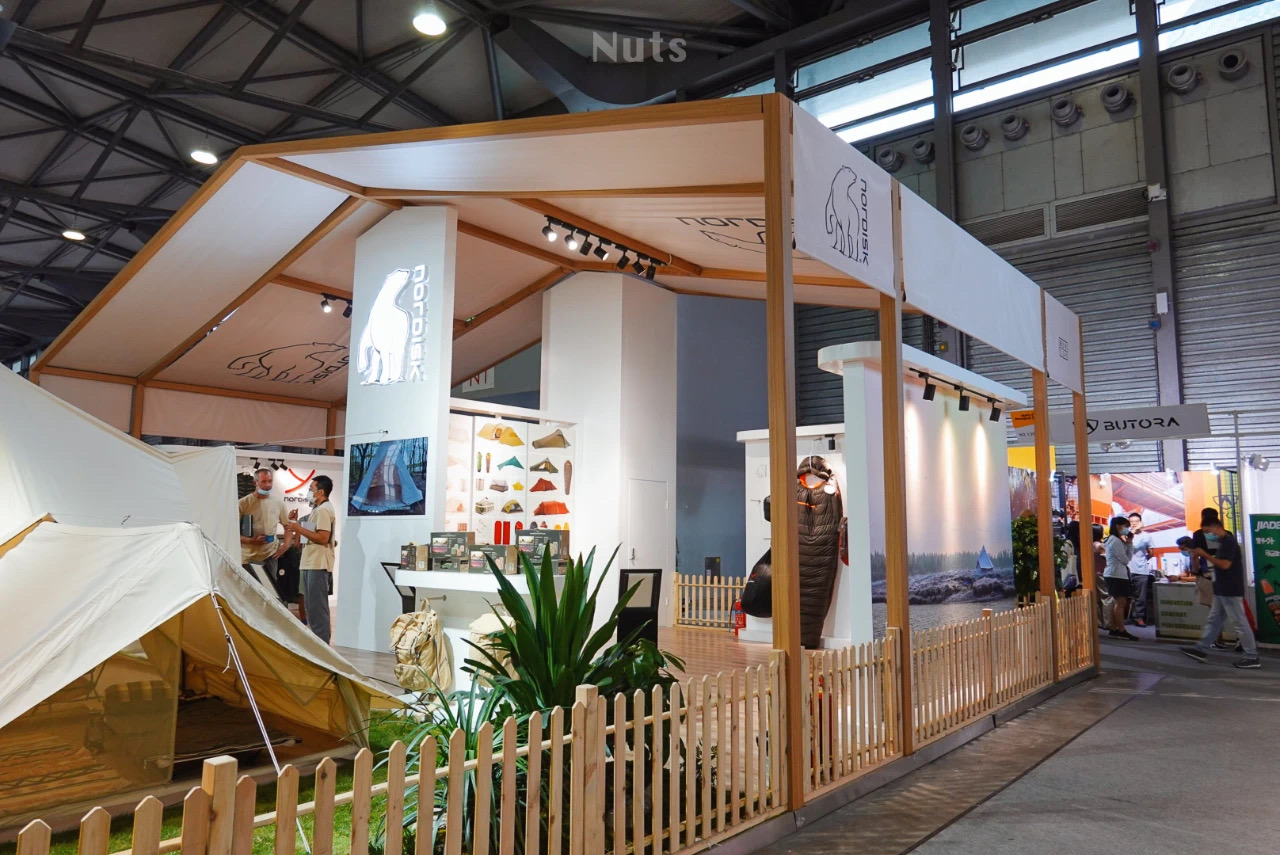 In November 2020, the Wall Street Journal was entitled “Camping is increasingly high -end during the epidemic. Too high -end “( .) The article mentioned that the wild luxury camp camps that emerged after the epidemic, including luxury camping projects operated by major US camp developers and operators, and there are also hotels on the container renovation of the container transformation on Givernors Island, New York. Wild Luxury Camp Tents -Visitors can appreciate the Statue of Liberty and the Skyline of Manhattan nearby. These projects can meet the needs of exquisite campers to check in. After the epidemic, some people in the U.S. cities want a more secure way to travel, but they “don’t want to sleep on the ground.” 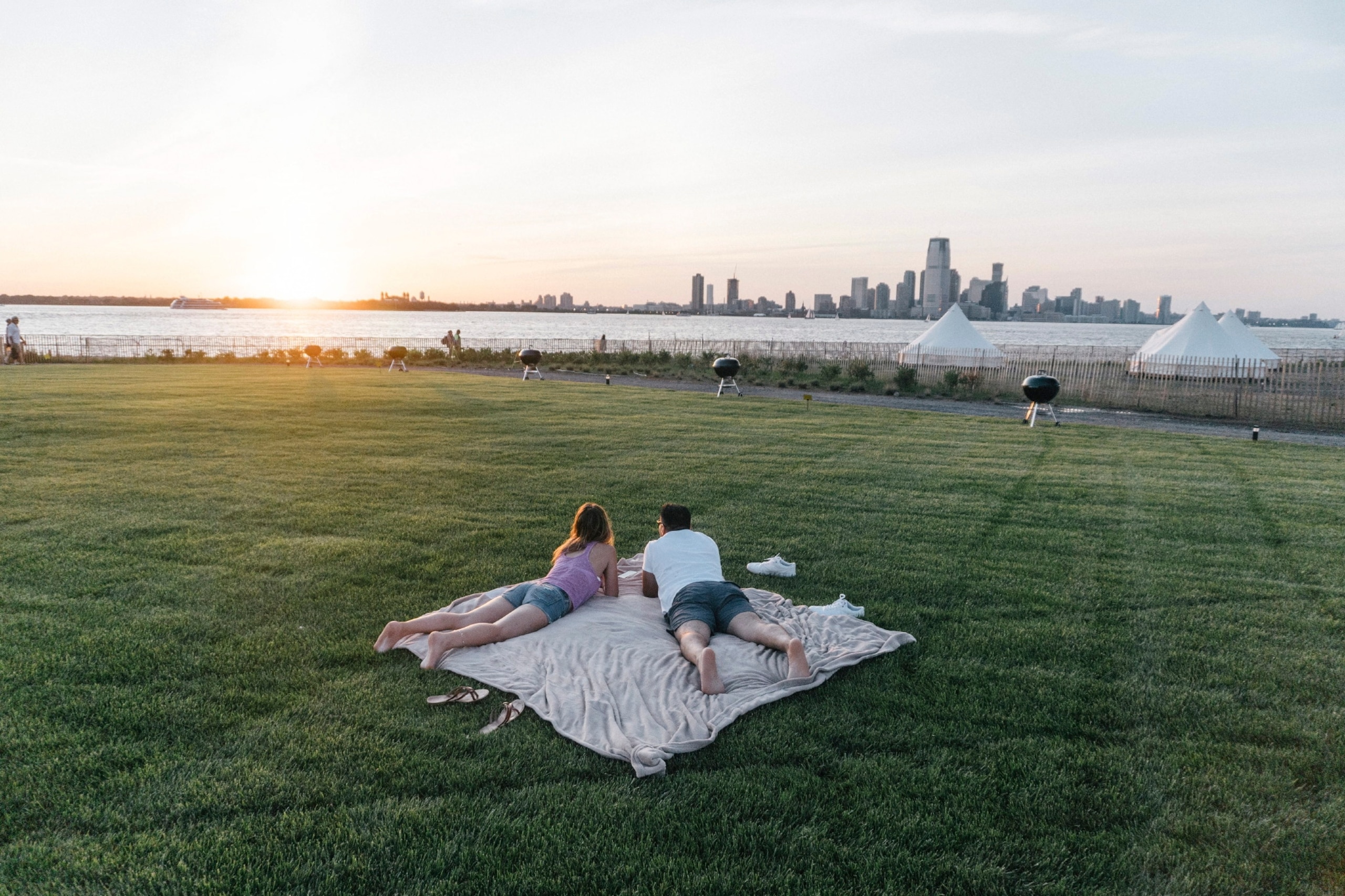 Similar to the path of many lifestyles in the world, business forces are an important promoter to promote the development of “GLAMPING” in a region. In addition to the development of the camping scenarios behind the above camps, the business brand closest to consumers is playing the role of educators, and shoulder the tasks of conveying this lifestyle and aesthetics.

In May of this year, Prada’s camping sharing session held in Shanghai Rongzhai further popularized the concept of GLAMPING to its core consumers. 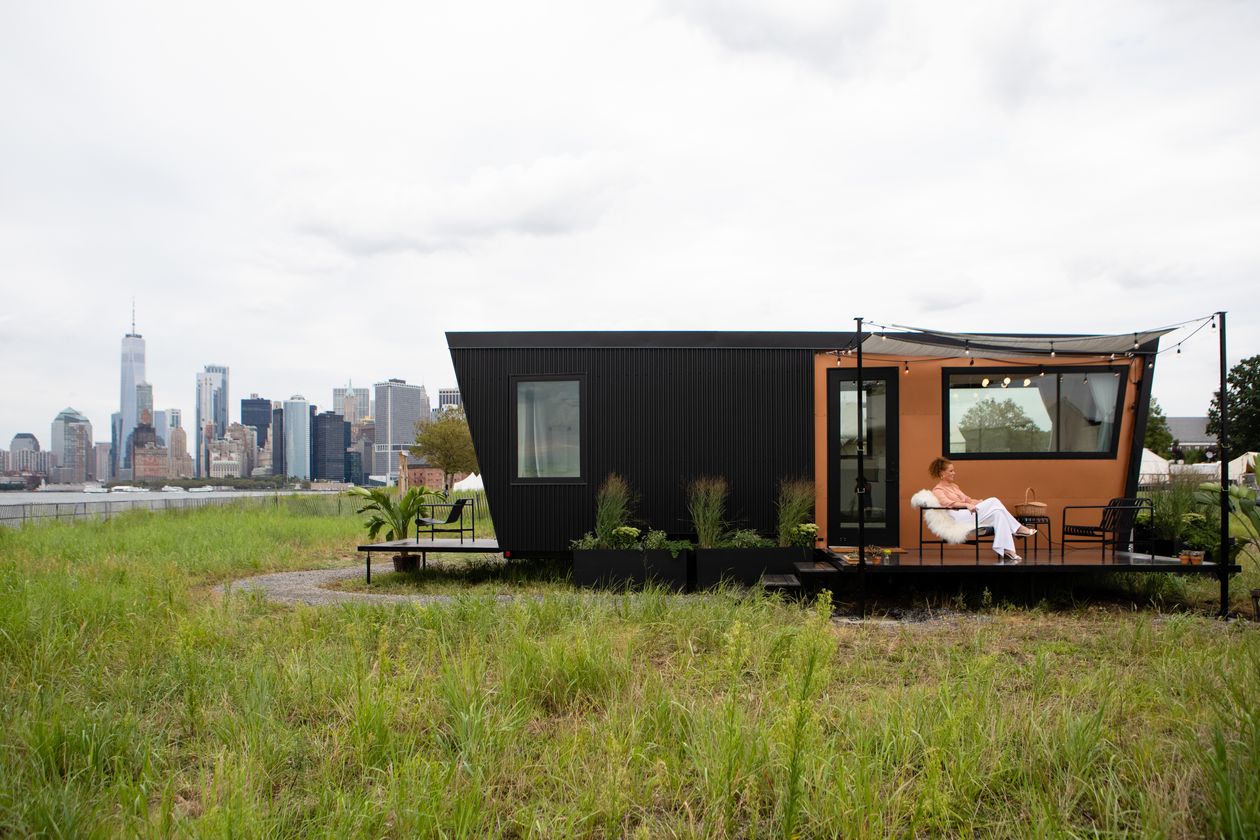 At the event, after the outdoor explorer Gu Yue and the camping camp “Ono Park”, Erica, the most popular in the past two hours, more people know that the “GLAMPING” tent is thicker and heavy. Generally, a small cart is pushed away. Essence A set of “standard” camping in the wild also includes small cooking utensils and barbecue racks, portable refrigerators, and hand -made coffee clads. This means that if you want to practice exquisite camping, it is necessary to have a car.

In the past two years, high -level fashion brands such as Louis Vuitton Louis Vuitton, Prada Prada, FENDI Feni, Gucci Gucci, and other senior fashion brands have launched outdoor products or camping products in their respective ways. These luxury brands have an amazing marketing budget each year, and a promotion event can set off huge sounds on social media. With their wave of help, exquisite camping has been noticed by more Chinese people.

Before they entered the venue, Decathlon, which is famous for high cost performance and a large number of SKUs, has long conveyed a simple value: outdoor sports does not require high costs, and it is the key to find suitable and practical products.

Later, through the hands of local professional buyers and agents, the top professional brands in the international outdoor camping field -from SpringBar, a traditional American tent brand to the Nordic tent brand Tentipi, to a maximum of more than 20,000 Japanese tents to sell more than 20,000 Japan in Japan Snow Peak, a wild luxury camp, has also entered the Chinese market.

Wang Jingmin, an ABC Camping & Cafe, a camping equipment buyer store, said that these imported professional brands have profoundly influenced domestic field luxury camping aesthetics. Today, when many people are trying to get started, the stylish and personalized wild luxury camping has appeared in the domestic market. Take a look at the photos sent by netizens on the Xiaohongshu. Wild luxury camping equipment and soft outfits in the canopy are diversified. There are French pastoral style, American retro style, and Nordic or wind or Japanese -style “cold wind”. 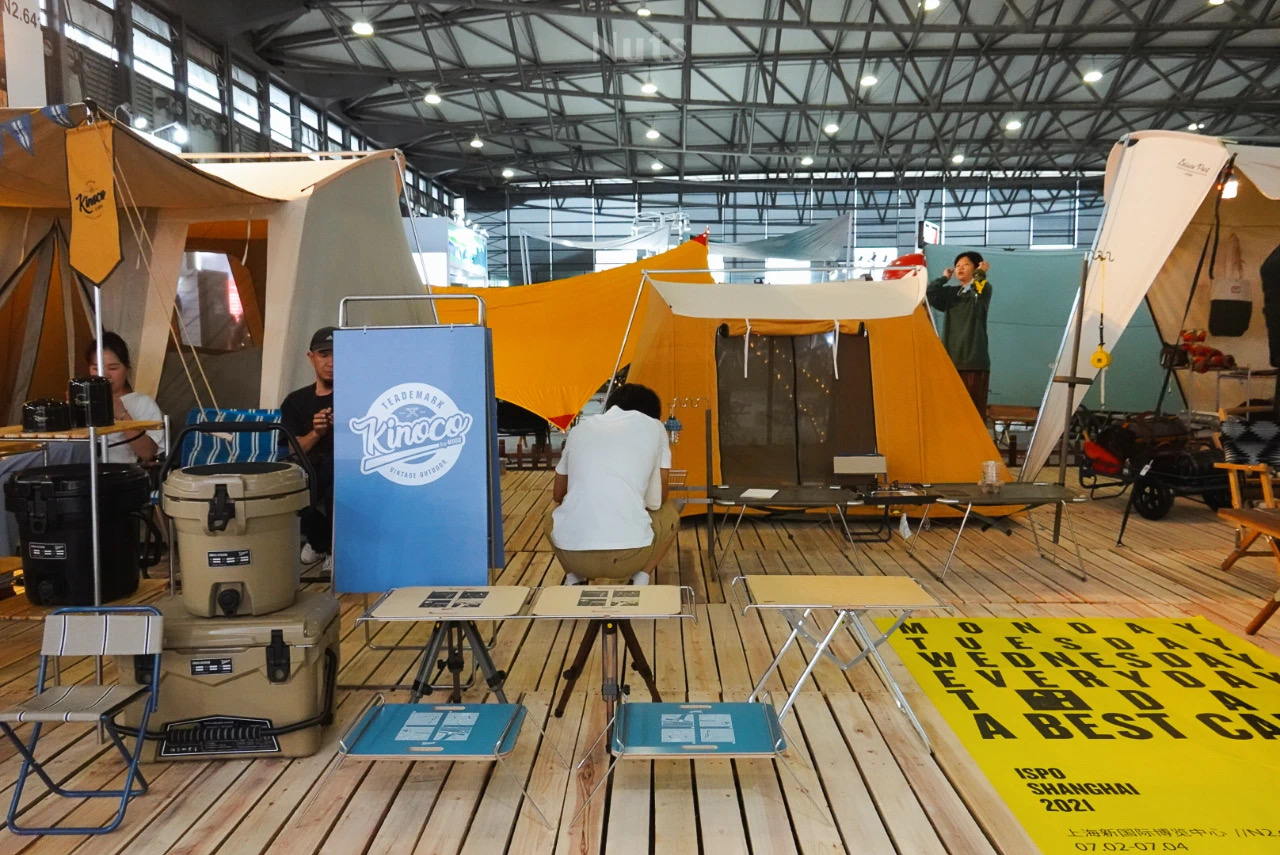 At the sharing meeting of Prada, two girls in their early 20s were also impressive. They seem to know a lot of camping equipment brands, and actively discuss the equipment of which brand of equipment is better. Later, they learned that they were in order to go to wild luxury camping.

There seems to be a trend to become a new “social currency” in wild luxury camping brand equipment. The expensive imported brands are divided into circles among wild luxury campers.

A recent report that “Sanlian Life Weekly” seems to have further strengthened this assumption. This article is called “Hangzhou Wild Luxury Circle, exquisitely supreme? “The article mentioned that a” GlaMper (Wild Luxury Caper) “distinguish between novices and veterans in the camp and will see if plastic bags appear outside the tent.” Novice will use plastic bags.

The threshold for artificially sets a psychological difficulty for the latecomers. Chen Zenan mentioned that the reason why he did not try to campers for the first time was because he was because he was screwing. He wanted to play professional and very dish. I don’t know how to get started. “

Since the purpose of wild luxury camping is to escape the city and relax in the wild; then, when the dozens of wild luxury tents stand inside the commercial camps, will the limited physical distance between the tents be forced to return to the social model again? Erica believes that this varies from person to person and will not constitute a problem.

But here is a confusion: the essence of wild luxury camping is first outdoor or enjoyment?

“The last question is: what exactly do they play with people who are in the wild? If they are playing equipment, it has nothing to do with nature. Although this has nothing to do.” Still, whether you are sitting on the lawn or a folding chair of 1,000 yuan, the scenery is the same. “