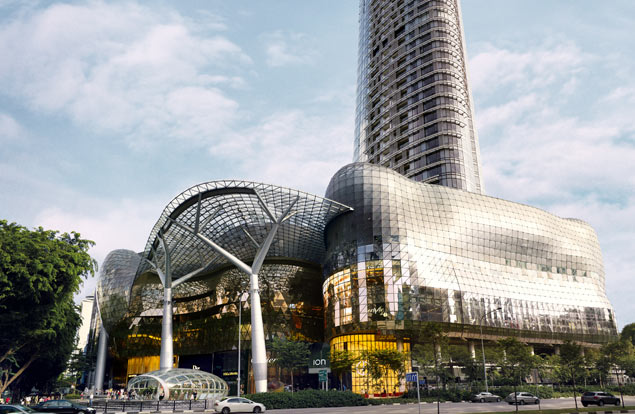 The facade of the hexagonal grid consists of three -layer glass fiber, steel, aluminum and glass, and is also used as an external space display window. The designer considers that the thick walls will make people’s eyes narrow, and they can’t feel the city scenery outside. But instead of building a thin wall, it is better to thicken the wall and empty it to create a room for appearance.

The architectural epidermis consists of a hexagonal honeycomb frame of different sizes. It is suspended for about 3 meters. The internal is used as a rest space, and it is connected with department stores.

While people watch the building, the people inside seemed to become a model in the window. In this way, not only provided space, but also standing on the street, this building was full of vitality. 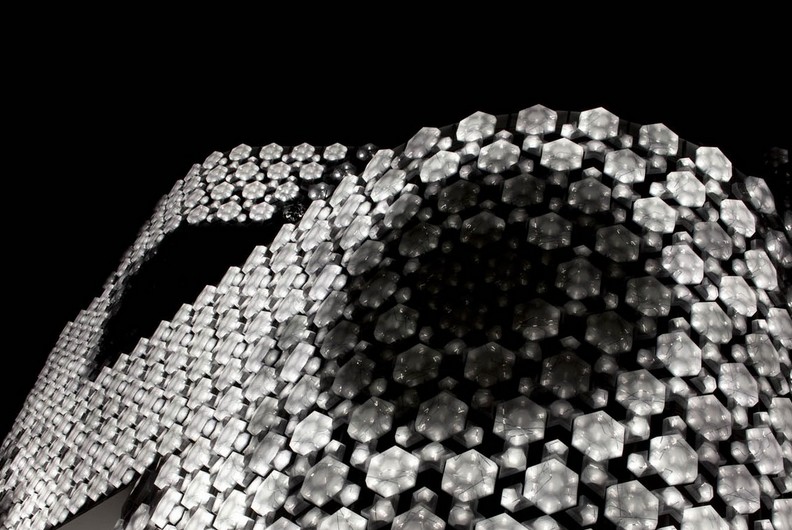 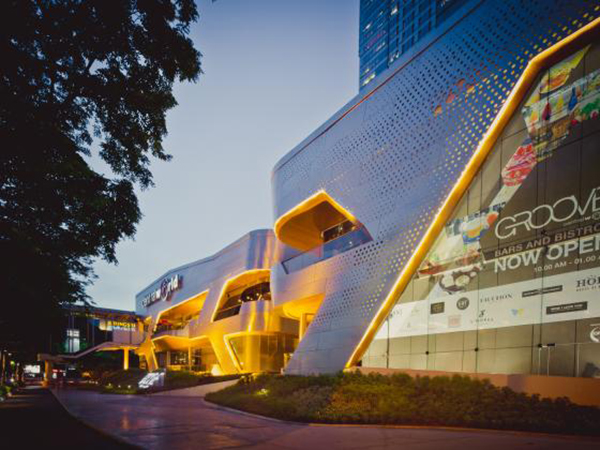 The facade is the facade of the Crystal Media Net Wall with a sense of artistic sense. The mesh is composed of small -sized gemstones. This is actually the crystal media in the reflector designed by the energy -saving light bubbles, which can be controlled by software. 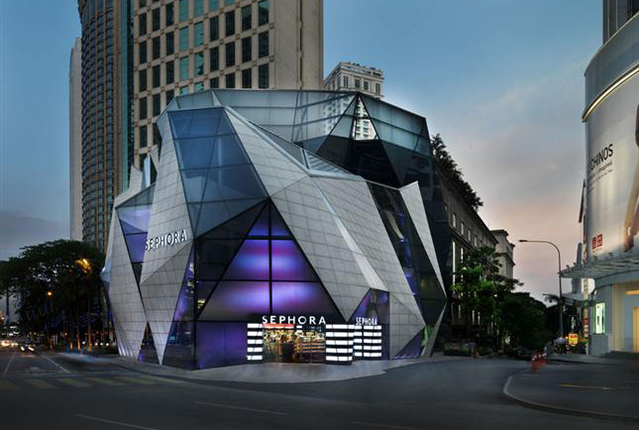 It sparkled during the day, and at night, it made a gorgeous color. 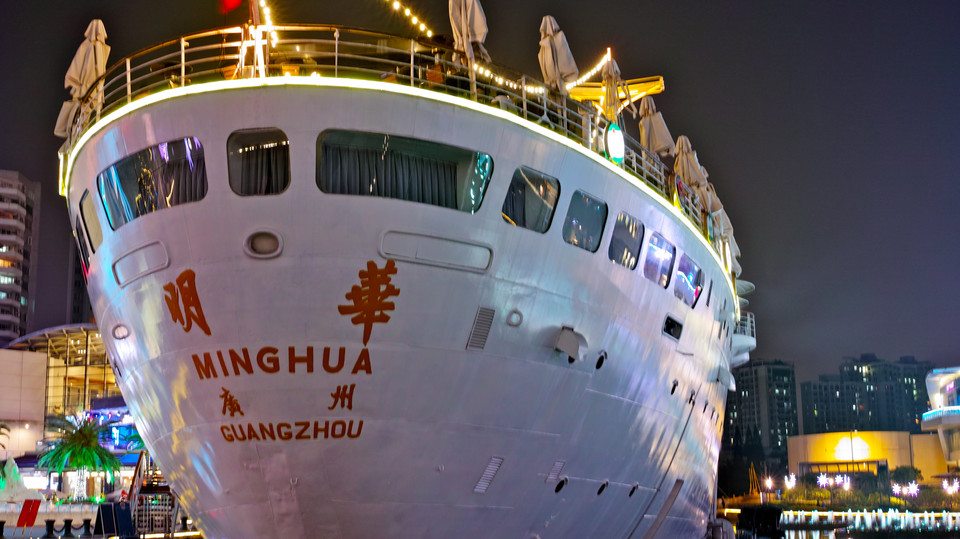 The building is composed of glass and metal frames. The diagonal incision surrounded by the dual -curved glass on the facade, and the golden glass gives a strong visual impact. 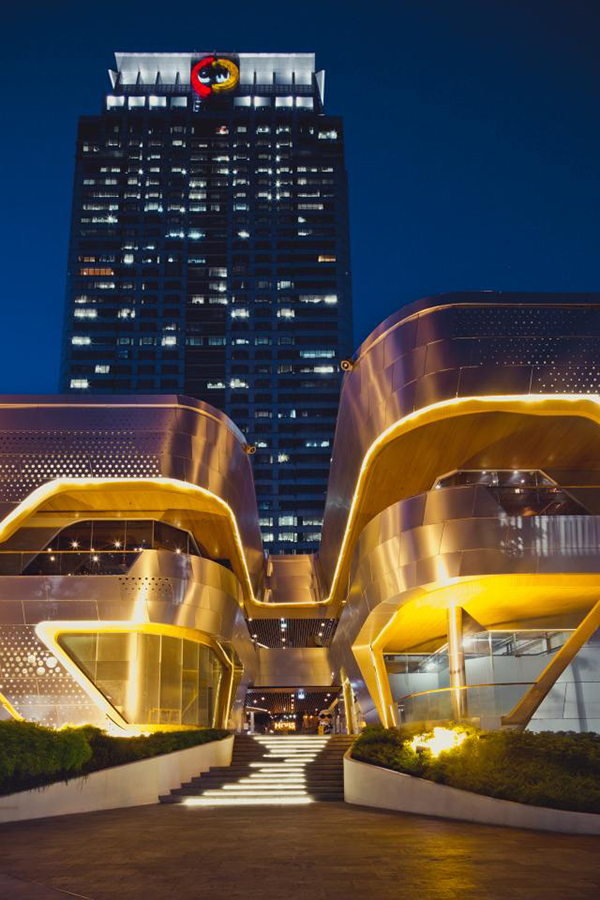 Its exaggerated shape makes each glass have a certain curve and has corresponding detailed parameters. The series of vault shapes adopted shows the color of bronze vermiculite, which is similar to the charm of the Temple of Wan. 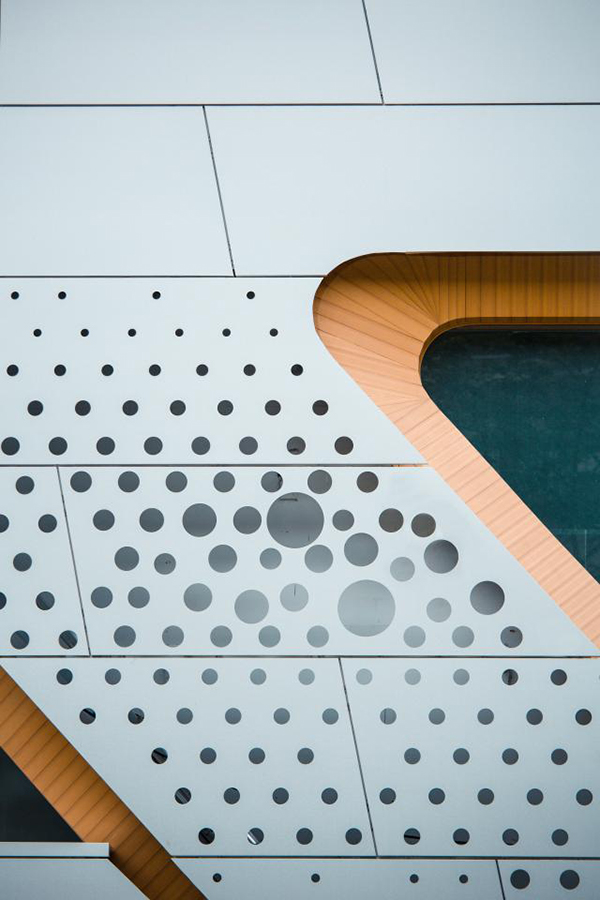 The bilateral glass is covered at the entrance to the diagonal, reflecting the weather in the strait, and the scenery flows on the facade of the building, which is amazing. 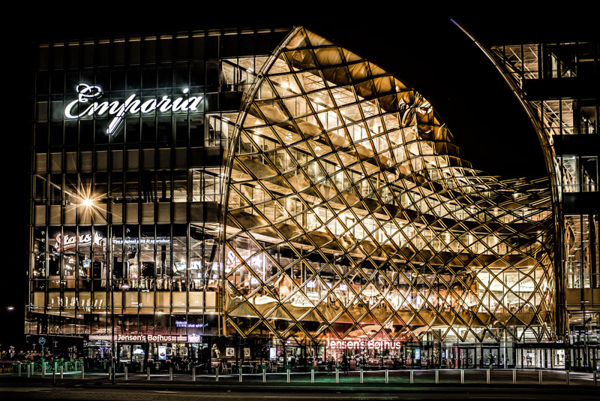 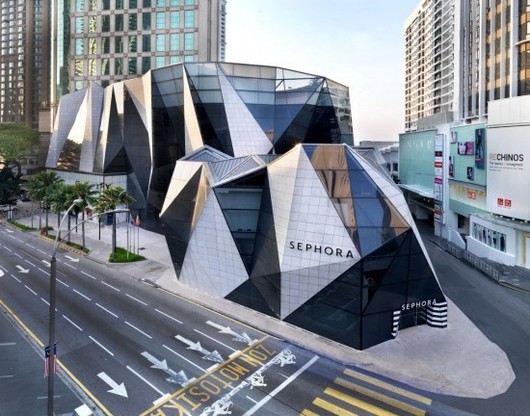 This distorted building is called Krzywy Domek. Located in a city named Sopot, Poland, it is a well -known local landmark building. 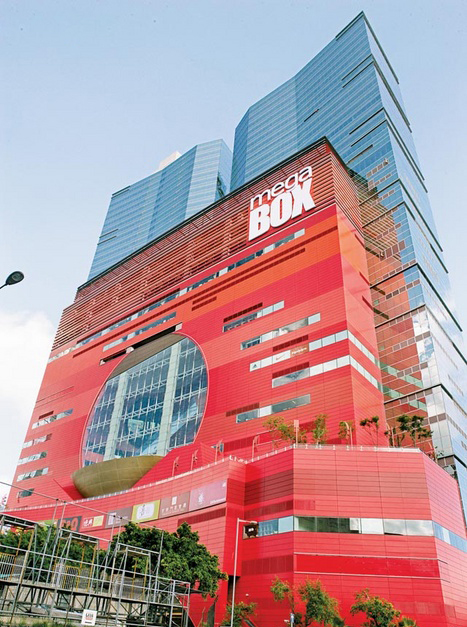 The house is currently used as a large shopping center with a total of 3 floors and one attic. There are fast food restaurants, cafes and game halls on the first floor; in addition to tourist souvenirs, there is also a restaurant with an electric stage, which often holds concerts here; the third floor and the attic are office and an open gallery. The entire building looks like a space distorted, as if entering a state of “drunk”. 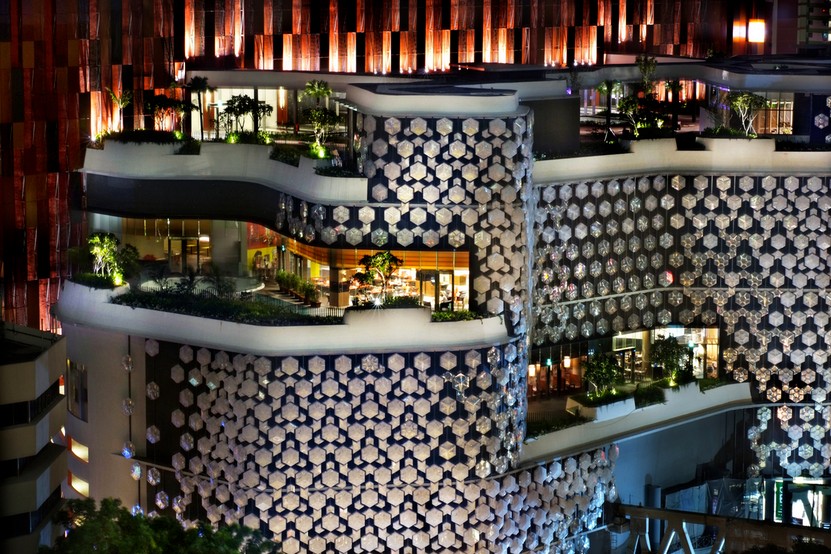 Building a curved house uses a hollow building material made of volcanic rocks, which are both cold and insulation. There is no piece of new building materials used for building houses. Although the shape of each building material is made of different shapes, the thickness is 60 cm. Finally, the workers piled them like a block. 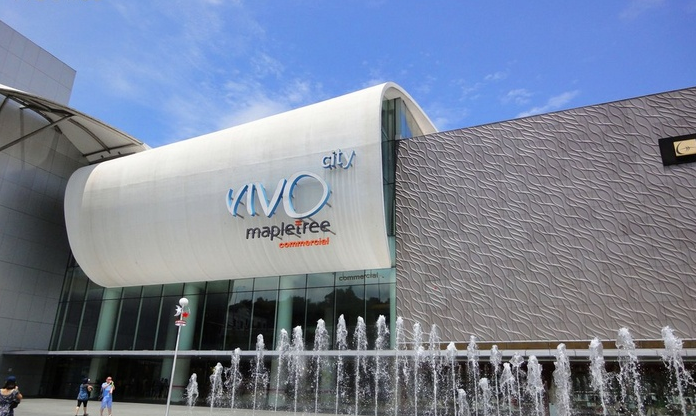 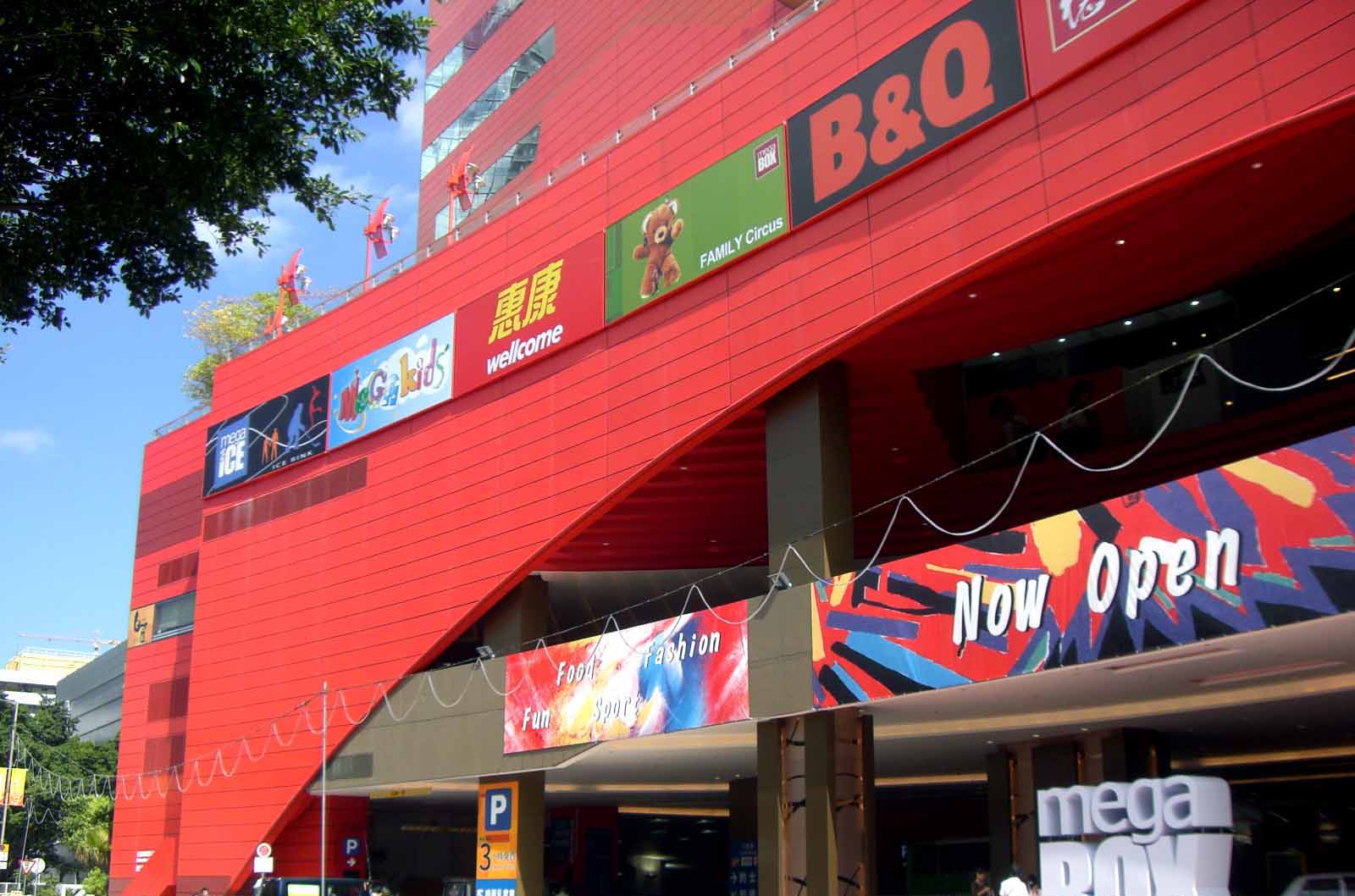 The design facade uses a crystal -like epidermis composed of glass and slate, which produces interesting visual effects through continuous stores. The continuous change of solid structure and transparent glass settings completely changed the facade of the original building along the street, giving it a new contemporary classic characteristic, so that it stood out in the normal facade of many shopping malls around Shengxi Corridor.

The light -quality iron and glass structure curtain wall has also become the first attempt to use cutting glass technology and special crafts in Malaysia, and this technology has previously been used in the pyramid building of the Louvre of France. 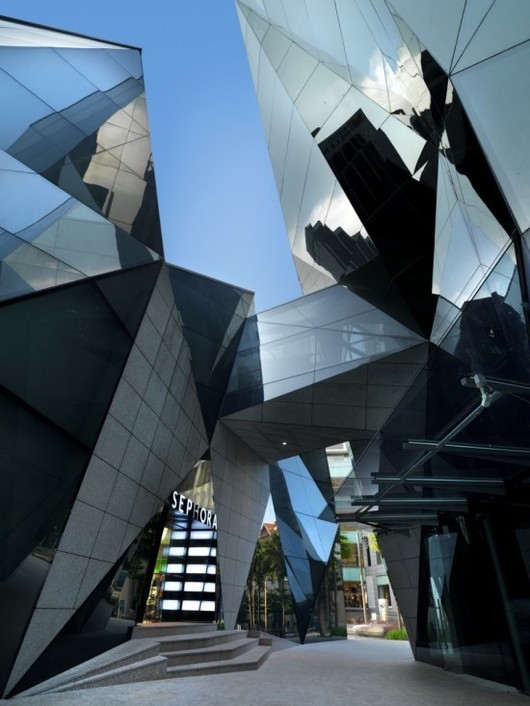 The new curtain wall and the crystal of the atrium have established a iconic image for re -positioning Shengxi as the most prestigious luxury shopping mall in Southeast Asia.

The facade outside the shopping mall is inspired by “speed”. The color sand curtain wall panel outlines the colorful building shell with a rhythmic sense of offset. The metal perforated tooth crown around the top of the building is lit with the LOOP 5 linear facade with light and shadow day and night.

The building image of the shopping mall integrates the concepts of “speed” and “jewelry box”. The colorful appearance panel gives the building shell constantly surprising changes. 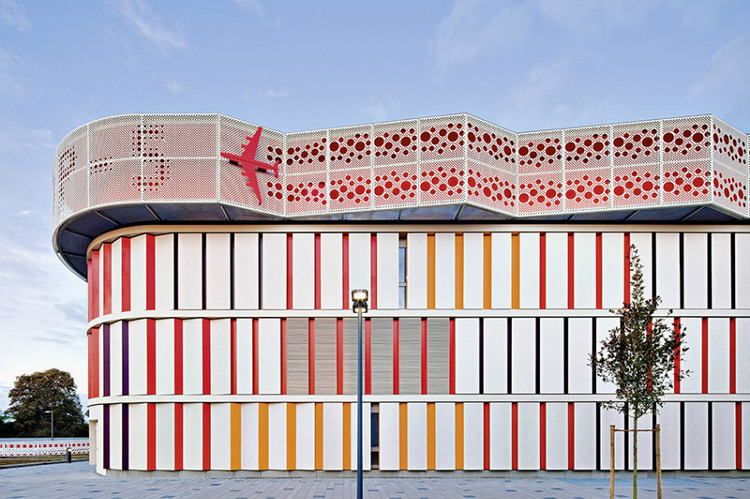 Birmingham’s Selfric Department Store presented the form of futurism. The architectural curve and the curve of the land are perfectly matched. The shape is soft and the corners are smooth.

The curved roof that resembles a whale across the shopping mall, integrates the facade roof into one. Different faces have different materials and shapes, which strengthens the concept of a variety of building volume combinations. 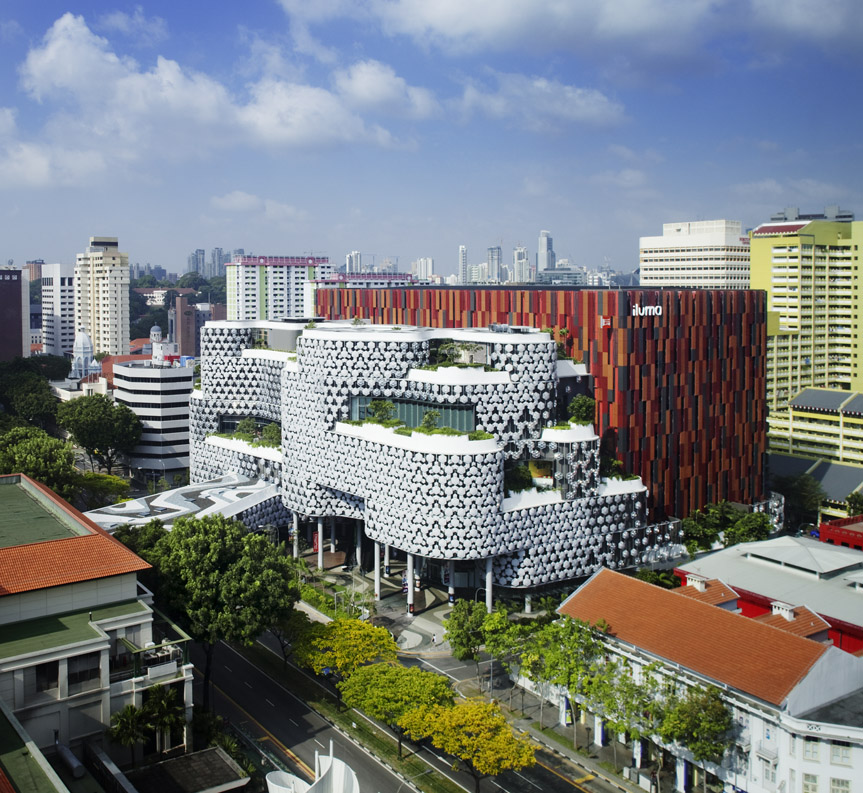 The surface of the building is covered with 15,000 aluminum discs. The spectacular 7000㎡ glass “floating body” covers the arcade like open -air, as if it is a natural extension of the original pedestrian street, connecting two core department stores. 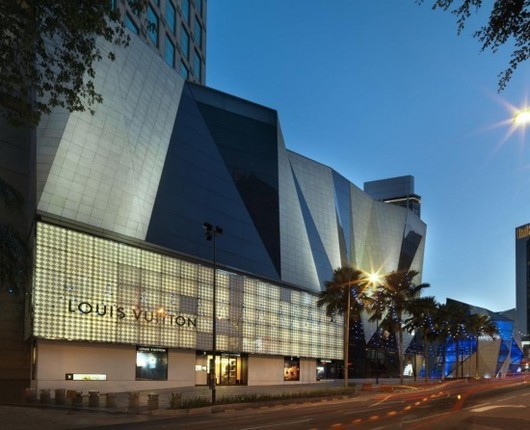 8. Singapore Ion Orchard: The seeds in the orchard 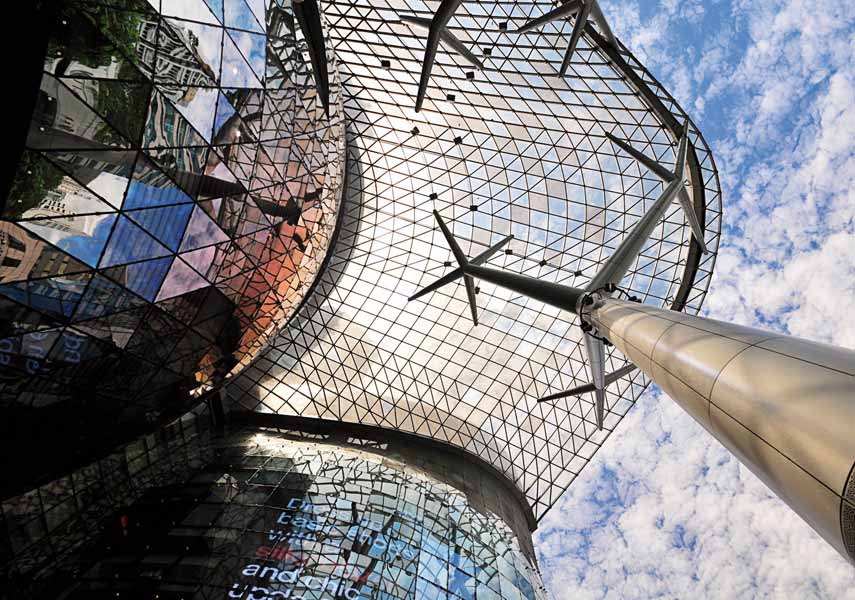 The designer was inspired by the original site of the meat bean plantation plantation and orchard, which compared it to a seed dropped in the orchard, and took root here to germinate.

The undulating ceiling at the entrance is supported by several columns like a trunk, and the intricate module -shaped ceiling surface composed of glass and metal frames comes from the inspiration of the crown texture.

The design of the retail space of the store uses the circular skin metaphorical elements of “epidermis”, “shading trees”, “leaves” and “peel”, which makes the shapes clear and beautiful.

This uses the theme of growth to design: from seeds to trunk to the entire tree. Through the unique smooth structural sense, irregular exterior wall design and tree -like pillars, it shows a very visual and powerful natural style, which can stimulate the communication and resonance of tourists and the environment. On the decorative materials, a large number of punching aluminum veneer, wood grain aluminum veneer and arc aluminum squares are used. The facial wall -faced wall uses the back -illuminated aluminum plate system, which can integrate lighting, graphics, personality, and vision into a beautiful and elegant architectural epidermis. 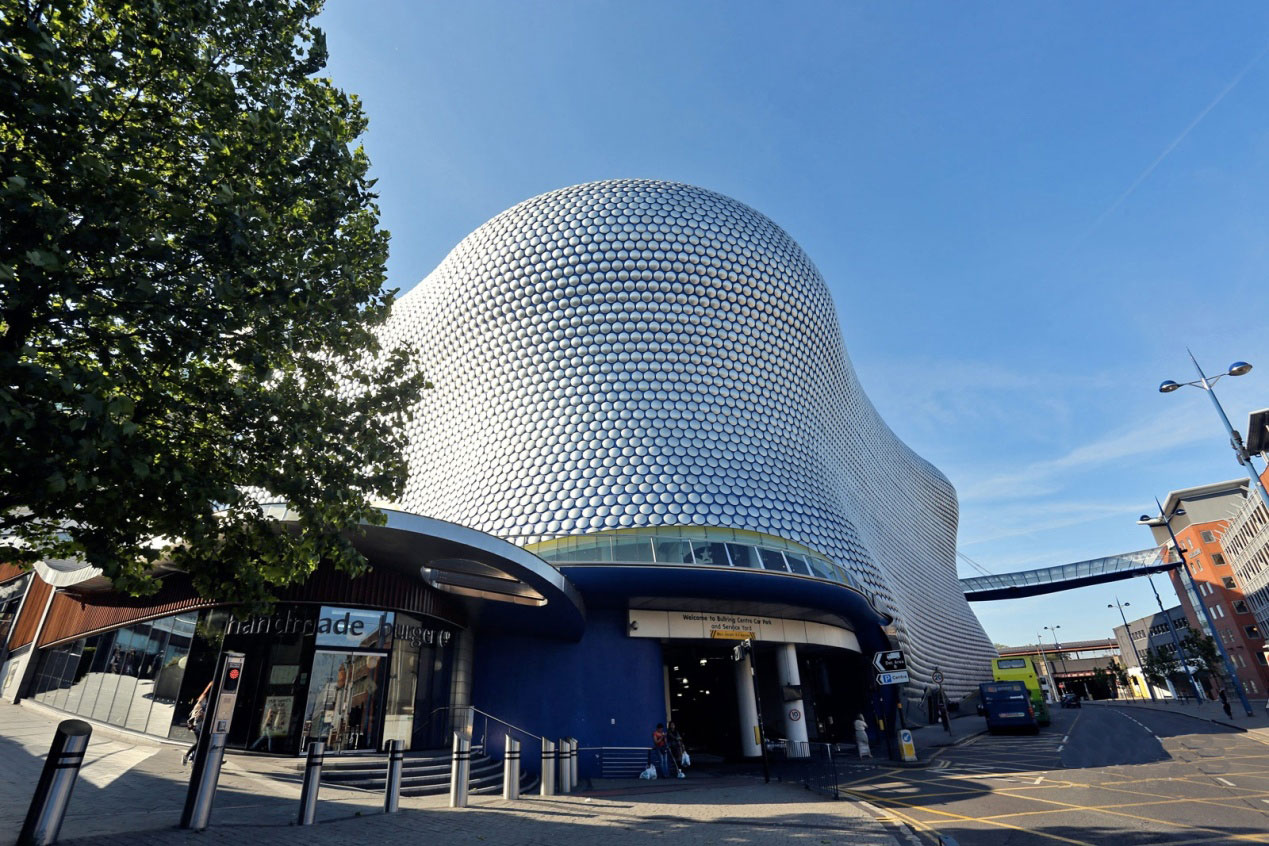 The dynamic LED backlight system has created a unique night lighting effect, making the building on the busy Bangkok street.

Yifeng City, Singapore is one of the largest one -stop shopping malls in Lion City. It is designed by the famous Japanese architect. It is near the seaside of Sentosa, sailing and waves, marine movements and other elements not only as the theme of the project, but also through the form of the building, the space layout and its interior decoration. 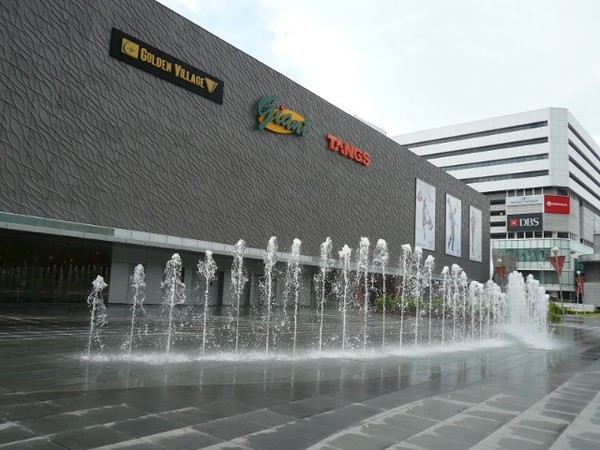 Designer’s design concept: “To make tourists feel like sails at the sea when shopping”, this white streamlined modern building in the harbor is both like a surging waves and floating sails. 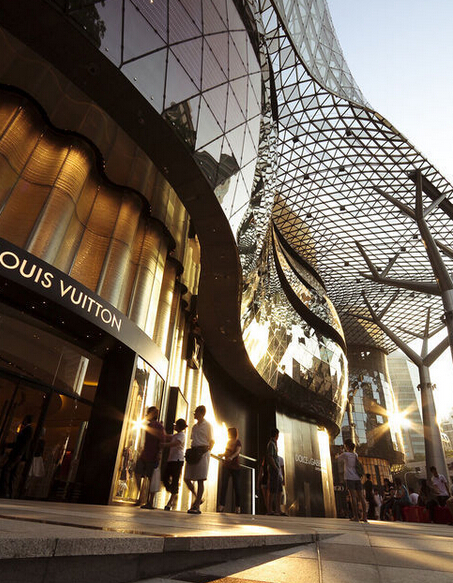 MEGABOX is the “corporate square” fifth phase of the “Enterprise Plaza” built in Kerry, Hong Kong. It is located in the East Kowloon, which is located in the traditional industrial storage area. In a factory building, warehouse, and new office buildings, Megabox is very eye -catching and distinctive.

The facade uses bright colors. The whole building is red, and it is particularly dazzling and a strong visual impact, which helps to show the commercial part of the project. 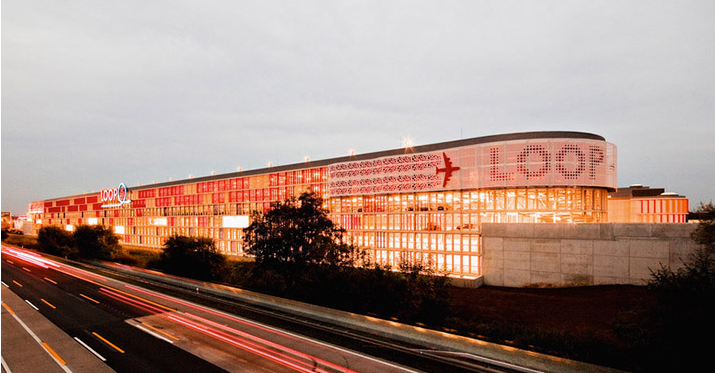 The appearance is like a square gift box, so it is also known as “red mall” or “red dot”. 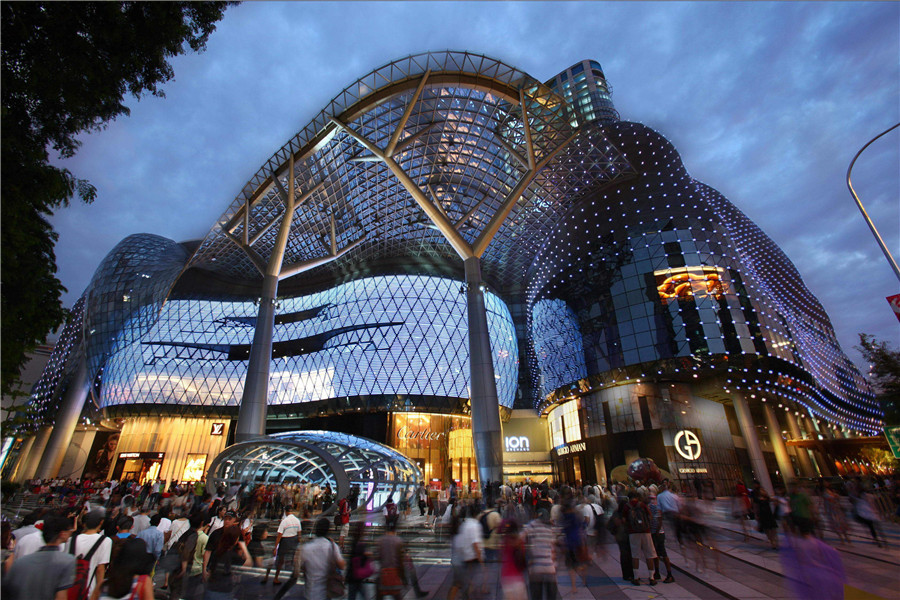 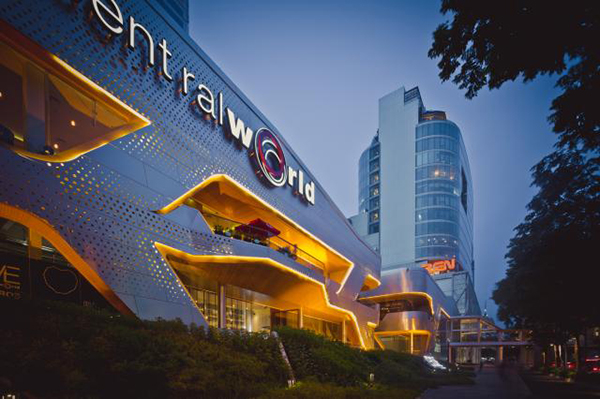 The “Minghua Wheel” has a total of 9 floors, with a construction area of ​​16,239 square meters. It mainly operates hotels, large -scale theme bars, and theme restaurants in the world.