The end of the year -end value -for -money giving back is in the air, and the selection of the original annual excellent articles has been opened. On the selection page, you will see the original small value articles that the original small value is selected for everyone. Please cast valuables for the articles you support. One vote, this is the best encouragement for these selfless sharing friends. Participate in voting and commented that you have the opportunity to get “what worthwhile to customize peripheral souvenirs and gold coins”. Vote now 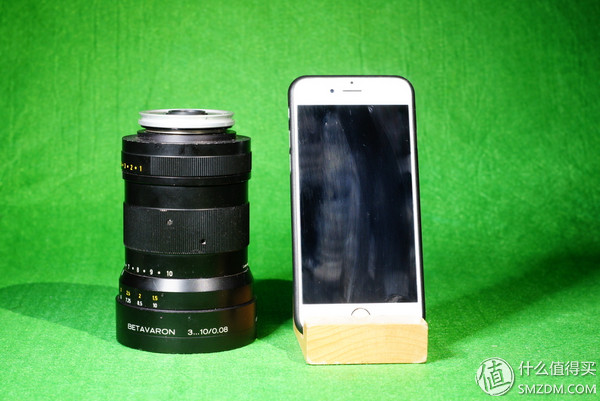 This is already a digital era, and even everyone is increasingly inclined to take pictures with mobile phones. The traditional “Filin” film has long faded out of the memory sight of most people -as if this period has been stolen by the years. generally. 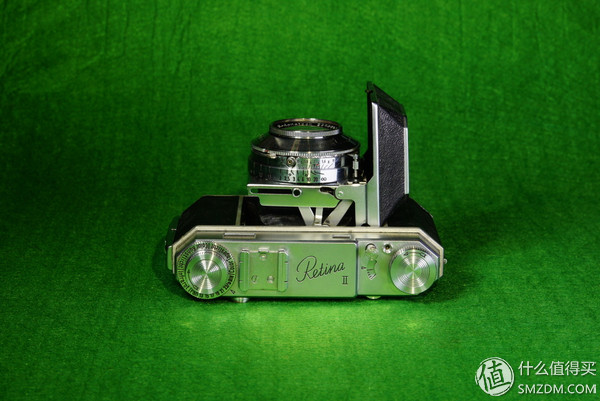 After I came out of work in 2000, I really came into contact with the photography. The first camera I started was Nikon’s F75 SLR camera. Later, due to the relationship between D70, the F75 was resold to others. Unexpectedly, many years later, he turned back to the road of burning film again. At present, the main force is used to shoot the classic of Nikon’s full manual SLR camera -FM3A, but today I do n’t plan to talk about this, but share three cameras with film feelings.

Ricoh Ricoh 500G was originally brought back from Hong Kong. In the 1980s and 1990s, the penetration rate of cameras was much lower than the current iPhone. The old people were collected in habitually, and they were generally refused to take it out on weekdays. Later, because I saw my photography, it was a little small, and I was entangled by my cheeky face. I was finally classified into my equipment camp. Essence

Ricoh 500G is a typical small beam -axis camera. The aperture, shutter, delay shooting, hot boots, light ranging, and ranging. The function of generally filmed is basically available. Unfortunately, when I was in my hand, the original ranging module had been aging and could not work, otherwise it would be a very convenient camera.

The comes with their own lens are a Ricoh 40mm/F2.8, the minimum aperture F16 and the automatic aperture function. It is more interesting that a sky -light filter with an old HOYA logo is also on the lens.

The curly plate on the left has the lock of the film box, and the back cover can be opened up. The size of the rangefinder viewfinder is not very large, but there is a megapinder ruler in the interior (unfortunately bad) and the viewing range box. The viewfinder and the lens focus link, and the image in the middle macular is coordinated when it overlapped with the surroundings. Due to the age of the age, the macular has faded more seriously, and there is often no superimposed images in the sun.

There is a fuselage number in the lower right corner of the back cover. The word “JAPAN” that has been hit on the steel print. Because the output of this model itself is not large, it is inferred that it should be native to Japan.

Immediately after the camera, Savoy Royer Savaroya was a camera of the French blood. Speaking of French optical brands, many people may first think of the famous Angenieux Ai Shi (also known as “Anqin”). In addition, they may not be able to say anything else. And this Savoy Royer comes standard with a SOM BERTHIOT 50mm/F2.8. SOM Somme is also famous for movie lenses, but it is relatively rare in photography. Savoy Royer is one of the few cameras equipped with SOM lenses. Essence 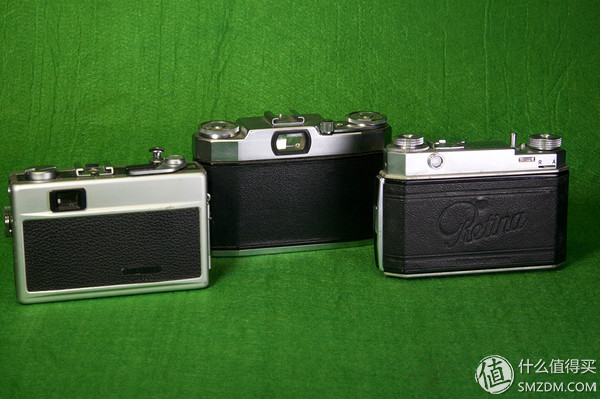 The camera is sufficient in the hand, and it is simply a tiger back with Ri Guang 500g. Due to the more aging relationship, the camera does not have the functions of lighting and ranging, and the huge view window light is very cool. The field of vision is wide and bright, but it is basically blind without ranging linkage. 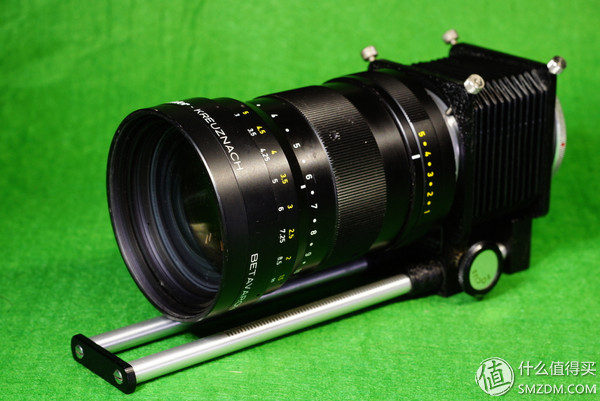 The switch of the back cover is located on the right side of the fuselage, and the buttons can be opened up. The passing wrench on the right shoulder of the camera is not small, the itinerary angle is large, the feel is solid and crisp, and while the roll is pulled, it can link the crane string of the shutter. Each time it is taken, it will have a unique pleasure. However, the weird thing is that the shutter next to the wrench is not the shutter, but the button that repeats the exposure. 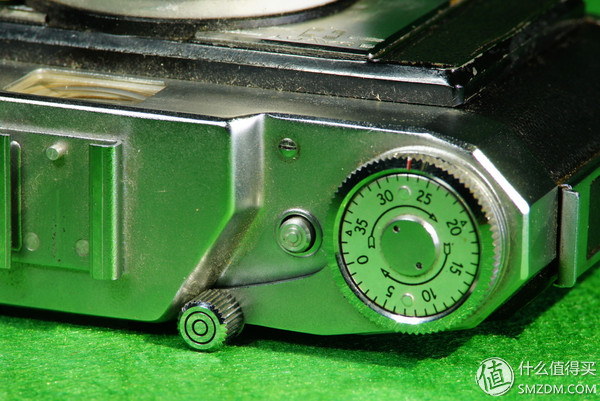 The real shutter is designed on the top left of the lens, and this cylindrical wrench will be touched when the shutter is turned down.

This SOM BERTHIOT 50mm/F2.8 shooting effect is not clear. At that time, two units were started (there were certain differences, which belonged to products in the same model in different periods). The photos taken are very romantic in France -in a bad direction, it is Songmeng San, but considering the need for photography in that era, and the position of this camera is not high, it is taken for granted Essence

Finally, it was the common main machine outside FM3A. There were also valuable friends who had taken Kodak’s camera before, and the Kodak Retina II on the hand was more positioned. Retina has a total of 3 generations, and each generation has a segment model. There are almost one of the 4 and 5 2nd generation models that I started from me. 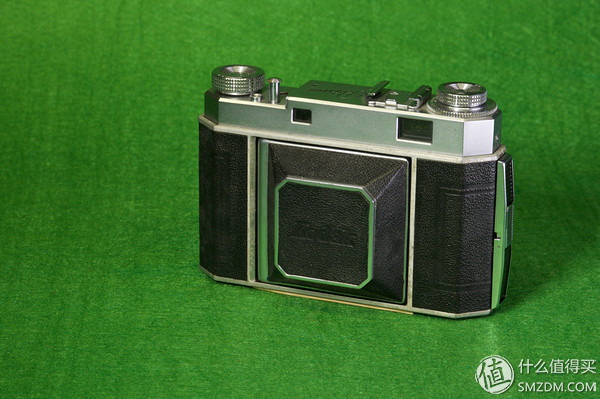 The RETINA II that is finally stayed is the best product. Except for the lack of gloss due to the long time, the entire metal body cannot find a trace of rust and oxidation. Camera is rare. The RETINA series generally has 4 different configuration models each. The main difference is that the configuration lens specifications have the difference between brand and grade. The more common ones are mostly used in Schneider. The low -equipped version is equipped with a 50mm/F2.8 lens, and the high -profile version is equipped with 50mm/F2.0. In addition, the rare is equipped with Rodenstock Lotusde lens. The low -profile version is also a 50mm/F2.8 lens of the Tiandai structure, and the high -end version is this displayed this time -enjoy the prestigious Rodenstock Heligon 50mm// F2.0, using the double Gaussian structure, the value of the original factory 50mm/F1.4 mirrors at that time at that time.

From the lens serial number, this RETINA II belongs to the early version. Later, the Retina IIA or the version of the red A logo of the Retina IIA or the lens logo is not as perfect as this one. Except for the difference between the model, the Retina II of different periods will be different in the film mechanism and the logo. And this RETINA II uses a turntable. The turntable of the all -metal rolling flower needs to be rotated 2.5 laps to complete a frame of film.

From the photos, the lens uses a folding design. When not taking pictures, the entire base will shrink back to the fuselage, and drive the lid next to the lid to completely cover the lens. Just pull the angle vertically on the fuselage with your hand. Due to the age of the age, you need to mobilize the strings in the upper left corner of the lens to complete the preparation work every time you take a picture. Because long -term hanging strings can easily cause the shutter speed of the shutter, basically the focus is on. Therefore, unfamiliar people will not know how to operate.

However, although it is more humane, although there is no light metering function, the lens is linked to the scene window to achieve ranging focusing through macular, but the viewfront window of the RETINA series is really small. Compared with Savoy Royer, the latter is simply 100 inches large. screen! 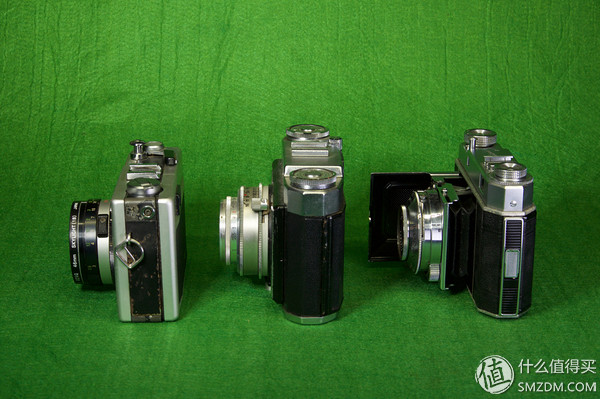 The previous original and evaluation did not care much about shooting. This time I tried to set up a small camera at home, and used the lighting equipment on my hand to set up light. It seemed that the effect was OK. As for the shooting equipment, the fuselage is the first generation of the old antique NEX-Sony NEX-5C, but the lens is more special. I posted a photo to see if there are any friends who can know the uniqueness of this lens. 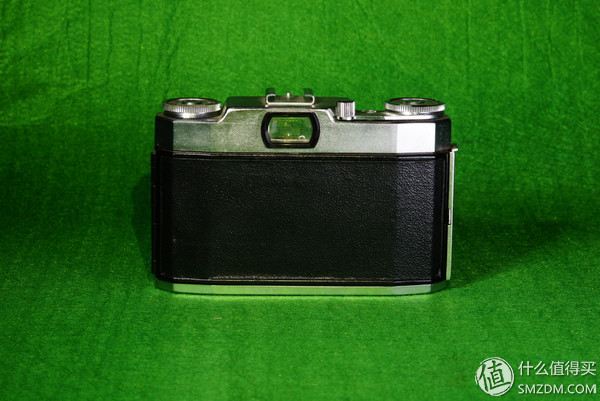 Finally, show a photo of three cameras, thank you for watching!