Speaking of office computers, will you choose a desktop machine? One machine? Or a notebook?

With the improvement of people’s requirements for life and work quality, the traditional and bulky desktop hosts have long been “not in the eyes”. Although the volume and appearance of the all -in -one are exquisite, the performance and expansion space are limited, and the notebook is more suitable for mobile office. 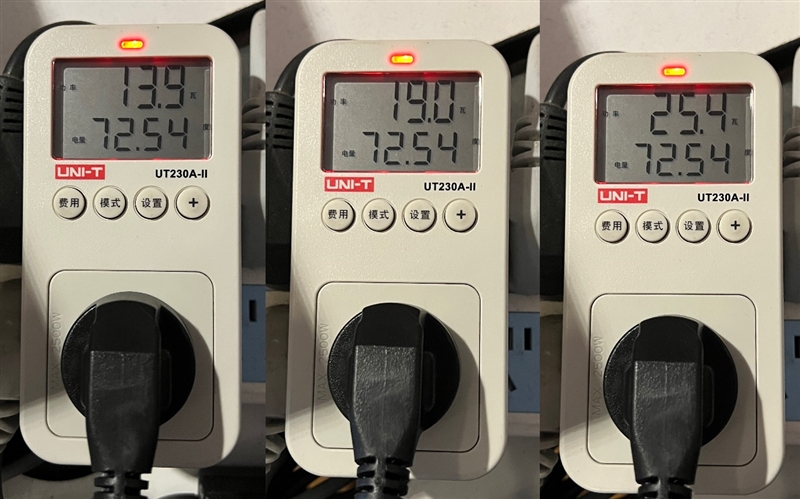 In the past two years, mini hosts have become more and more favored by the office. Especially with the rapid improvement of PC hardware in recent years, even a “small box” can bring a smooth and comprehensive office experience, taking into account energy conservation and environmental protection. It is extra points.

We quickly received a new Linglong S mini -desktop host from Taipower, with a volume of only 2.5 liters. The performance and expansion can easily meet the needs of modern office and can also be used for HTPC.

As a well -known digital brand in China, Taipower proposes the brand concept of “let more people enjoy digital life”, and uses its own technical strength and channel advantages to create a number of novel and stable and reliable digital products. Good reputation.

At the same time, there is a certain extensibility inside, and users can add an additional 8GB memory or 2.5 -inch hard disk. 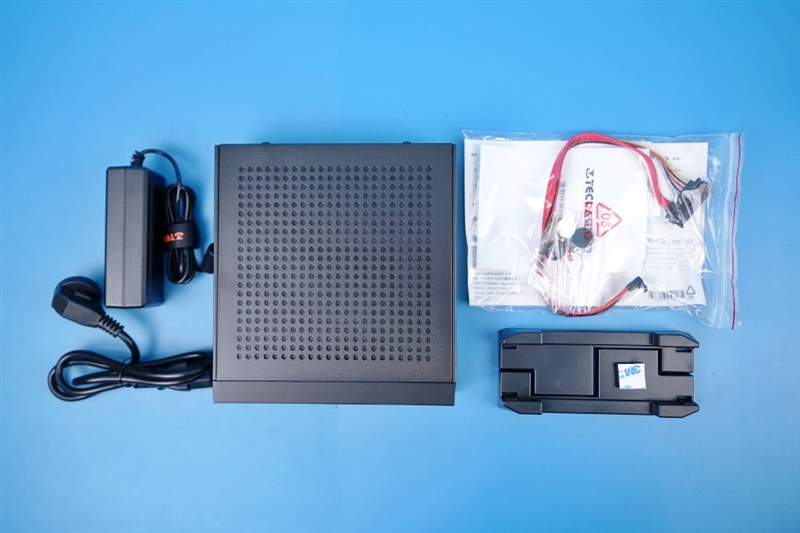 The picture below is the parameter information of Taipower Linglong S mini -desktop computer host (referred to as Linglong S computer). Next, let’s take a look at the performance of this mini host: 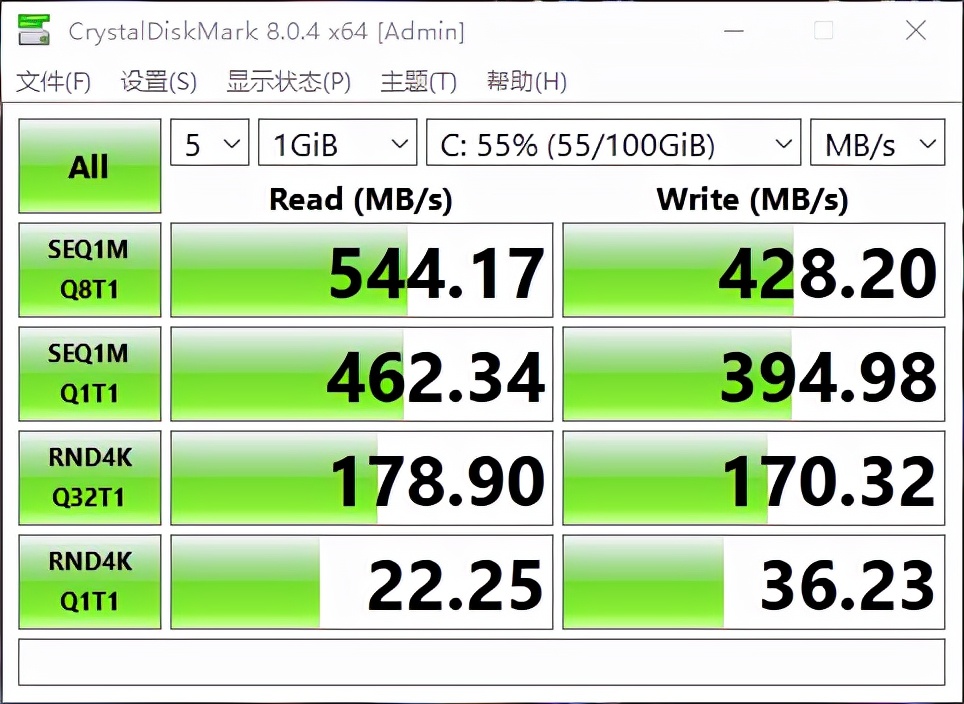 The overall packaging of Linglong S computers is quite small, only one circle larger than the 108 key standard keyboard.

There is a slogan that is printed on the packaging box with “the four treasures of the ancient literary room today”. From this, you can also feel that this mini -desktop computer focuses on the office scene. 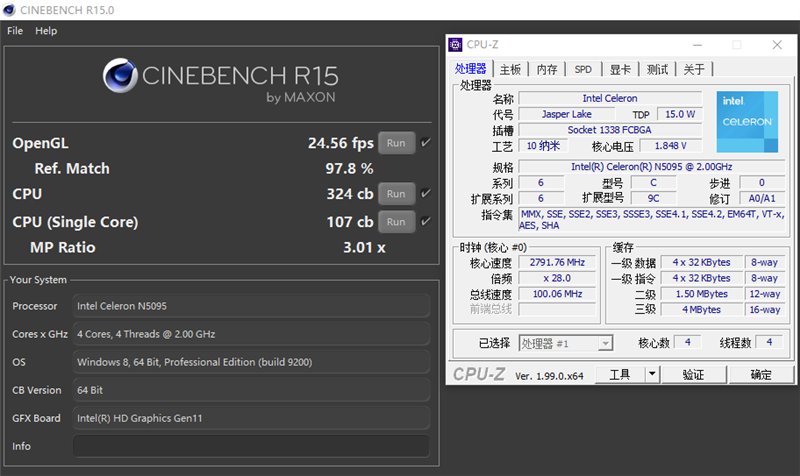 On the top of the front, a metal board with a grid opening is used. Although the figure is small, the heat dissipation must be taken into account.

Linglong S computer uses a unique low -noise heat dissipation design, which can effectively discharge the waste heat generated during work effectively to maximize the stable operation of the machine.

In order to make everyone more intuitively feel how mini this computer is, we brought 6.1 -inch iPhone 13 Pro mobile phones for comparison.

It can be seen that the thickness of the fuselage is not as width of a mobile phone, and the length of about two and a half mobile phones, half of the 15 -inch notebook computer, flattened on the table, will not occupy too much space. The environment is more compact and tidy.

Linglong S computers do not have strict requirements on the position and direction of the placement. They can be placed freely according to the user’s needs.

It should be noted that if there is a horizontal demand, it is recommended to put the side with a mesh on the side to avoid the problem of accumulating heat during runtime. 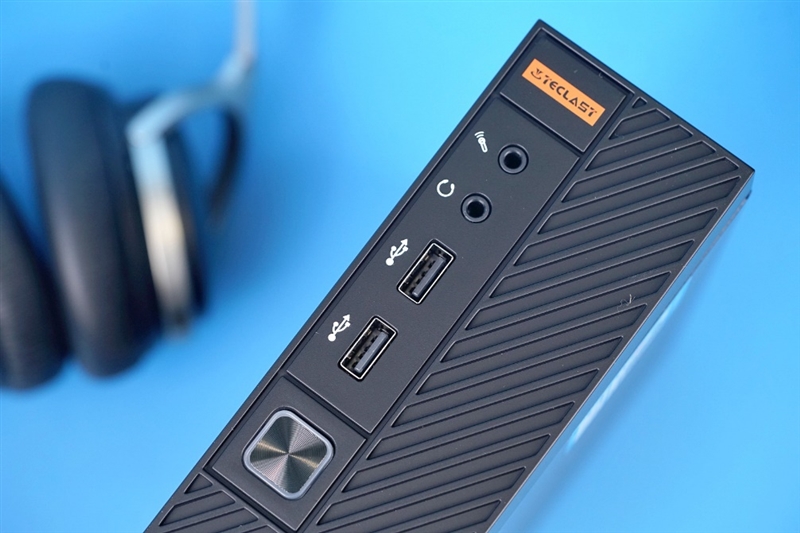 Using a computer bracket with a packaging box can set up Linglong S computers, which can further reduce desktop space occupation. 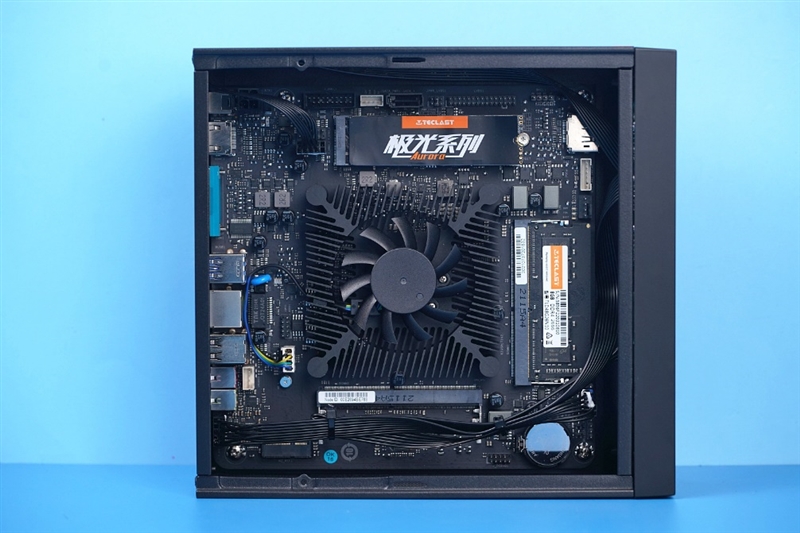 The interface of Linglong S computers is completely enough for office requirements. There are two USB-A 2.0 and 1 3.5mm audio output input jack in front of the computer.

Why is there a COM port? Because it is used as an office, it may be necessary to connect to the old -fashioned peripherals, industrial instruments, etc., and it is still very thoughtful. 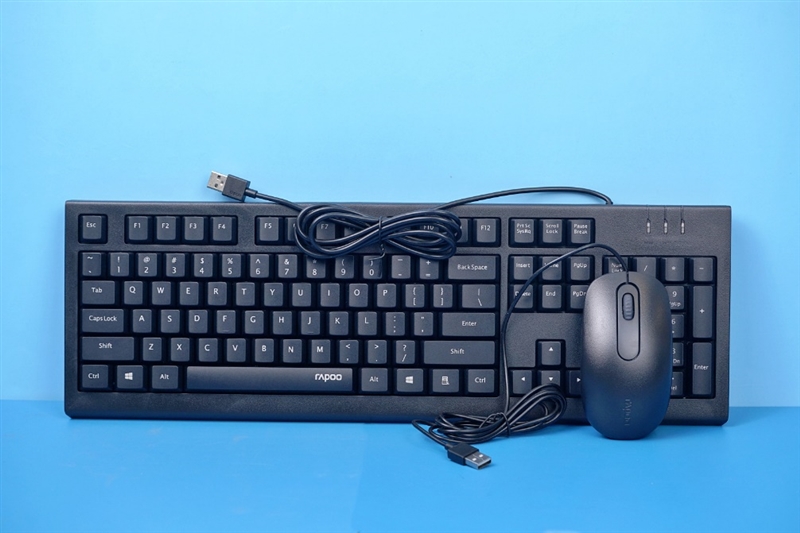 The disassembly of Linglong S computers is also very face -to -face. You only need to unscrew two screws and a protective board behind the fuselage to see the internal interface.

It can be seen that the layout of the motherboard and each hardware is very neat, reasonable, and quite compact. The middle is a simple cooling fan, the upper is a solid -state hard disk, and the right side is the memory bar.

Linglong S computer hard disk uses Taipower’s own Aurora series 256GB M.2 solid state. It should be noted that according to different batches, it may also be equipped with a 128GB × 2 dual -solid -state hard drive. 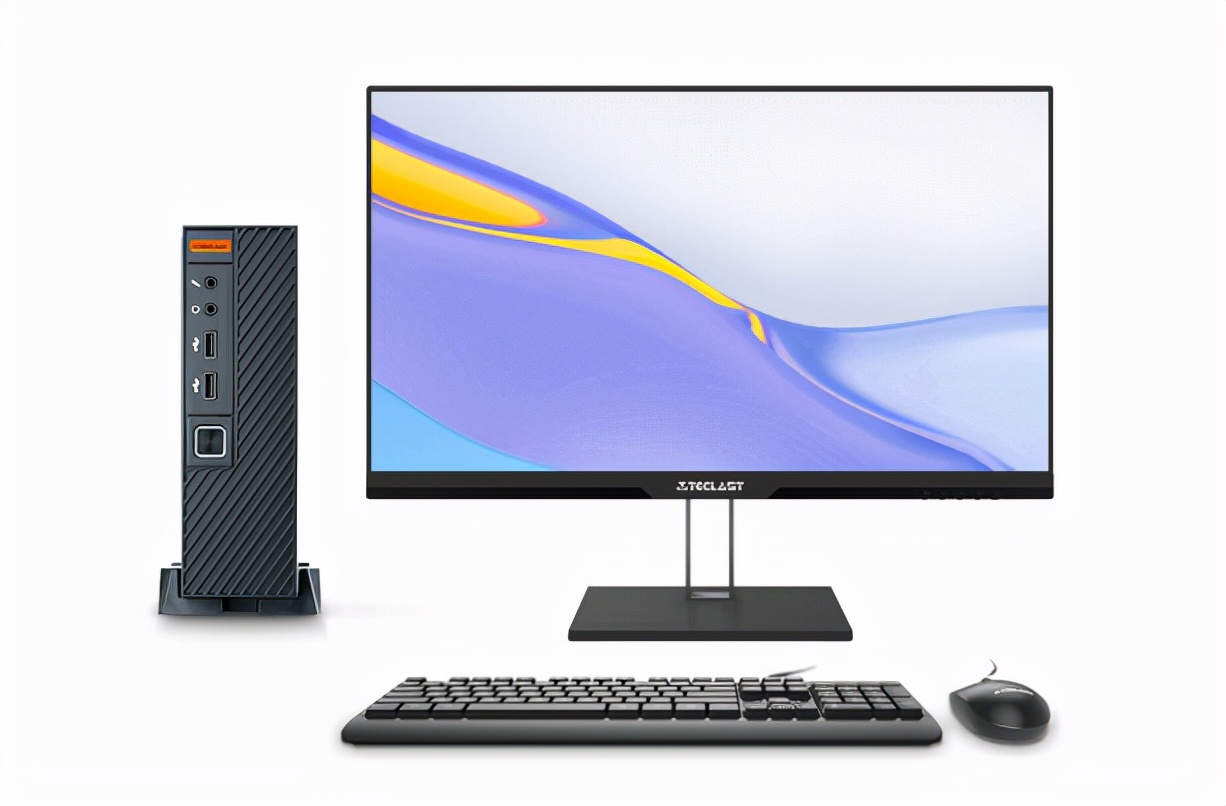 Linglong S computer is equipped with a 8G memory of DDR4 2666MHz, which is enough for this mini computer that only needs to be used in office. 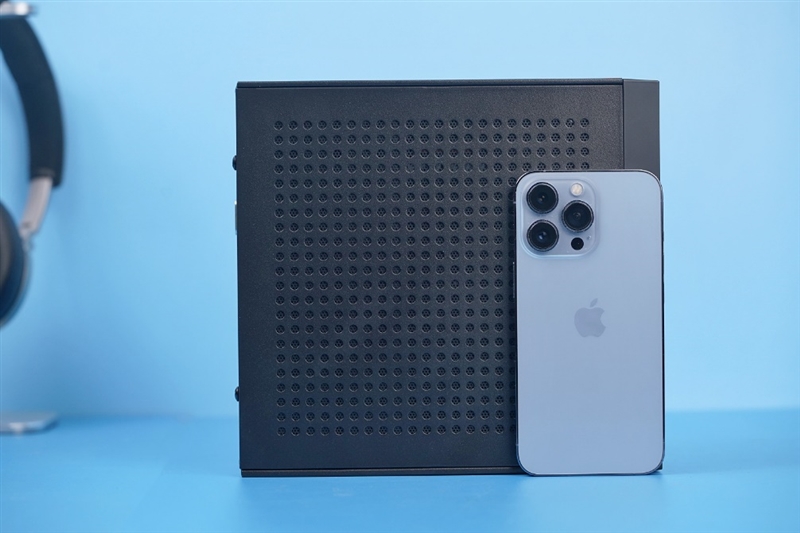 If the user feels that the 8GB memory is not enough, you can install 8GB of memory by yourself, and it can be assembled as a 16GB dual -channel memory.

The 48W power adapter attached to Linglong S computers can fully meet the power output of this mini computer. This will be measured in the future.

The wired keyboard and mouse sets attached to Linglong S computer do not need to be purchased separately. 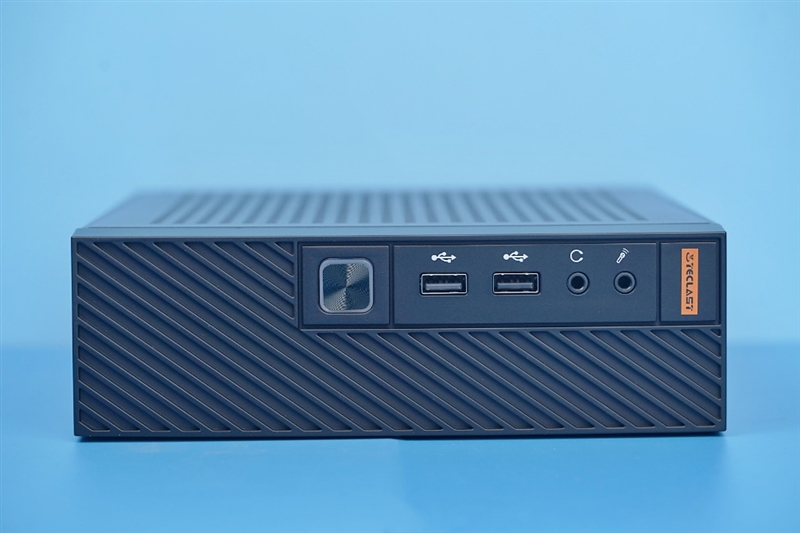 The processor used by Linglong S computers is Intel Saiyang N5095. The market goal positioning is very clear, which is designed for small desktop and laptop computers that are economically affordable.

It uses the first generation of Intel 10nm process, which belongs to the Jasper Lake product series. Based on the Tremont CPU architecture, the specifications are 4 cores and 4 threads, the basic frequency is 2.0GHz, the highest frequency can be 2.9GHz, 4MB of three -level cache, TPD heat The design power consumption is only 15W. Theoretically, it has a 50%performance improvement compared to the previous Cyan J4125. 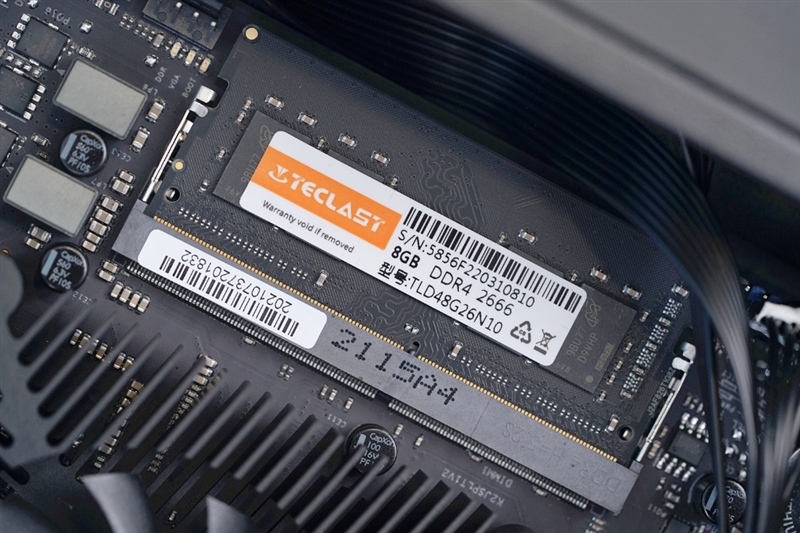 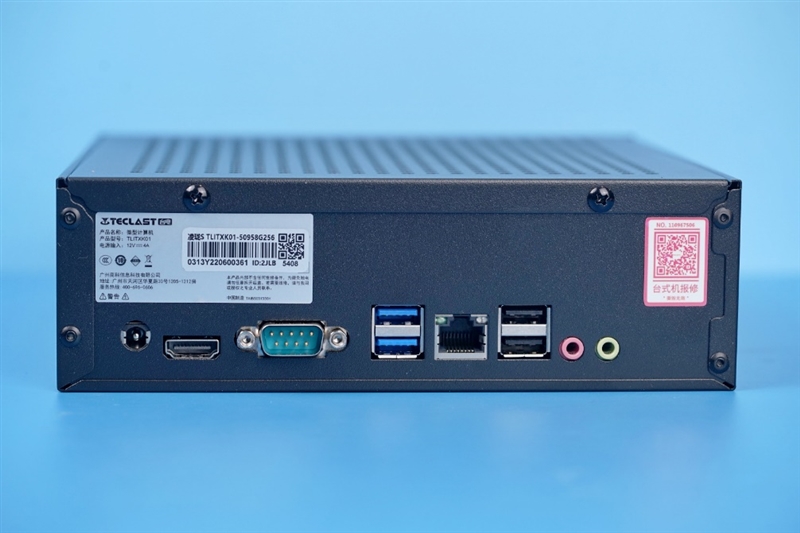 In the CPU-Z test, the Singyan N5095 single-core running score of Linglong S computers scored 267.2 points, and it has almost caught up with 35W AMD’s entry-level speed dragon 200GE APU.

The multi -core running is 1003.2 points, exceeding the Ryzen 200GE, and the Pentium G4560, which is basically the same as the desktop -level TDP power consumption of 54W.

The Cyan N5095 has built -in Intel UHD Graphics nuclear display, which is not a problem for 4K online video playback.

Linglong S computer is equipped with a M.2 SSD hard disk. In the CrystaldiskMark test, the order of reading and writing of this hard disk is 544MB/s, 428MB/s, and 4K random read and write are 22MB/s, 36MB/s, respectively. 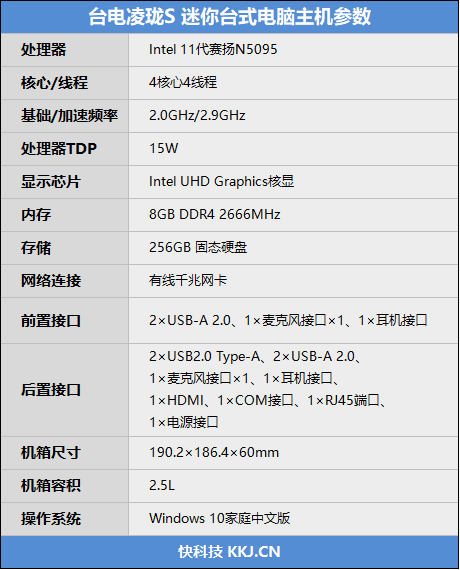 From this level, this M.2 SSD hard disk takes the SATA channel protocol, which is also close to the theoretical limit of the SATA channel. It is more than enough for office needs. The efficiency of opening and turning on office software is far better than mechanical hard disks.

Fourth, baking machine and power consumption: the whole machine is full of only 25W 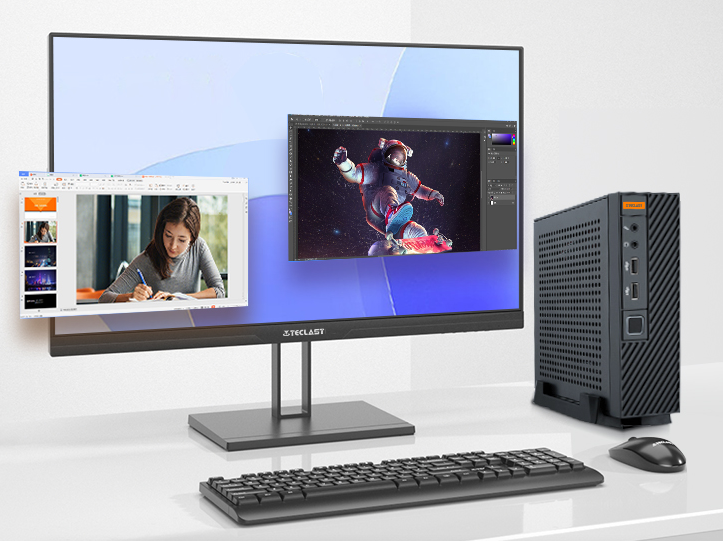 We used AIDA64 for a half -hour FPU baking machine test. Intel Cessan N5095 was stable at 10W throughout the process, the full core frequency of the four threads stabilized at 2.2GHz, and the temperature of the processor was 72 degrees. 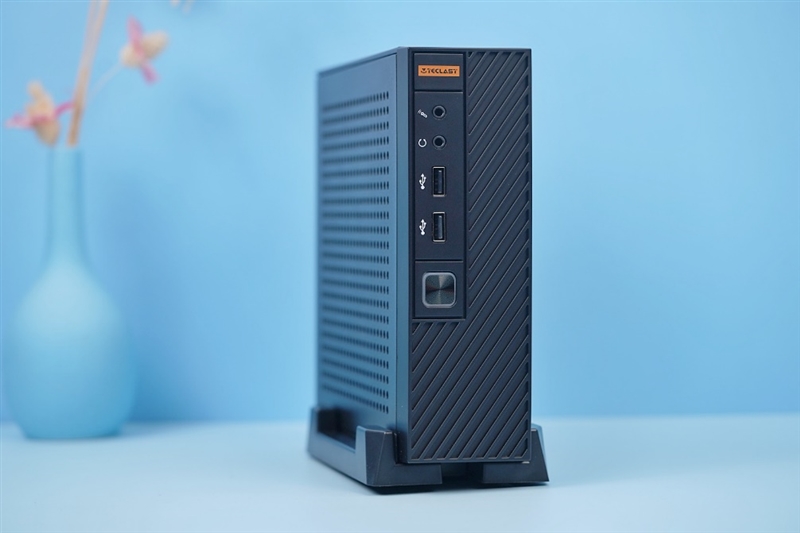 Therefore, the 48W power adapter can fully meet the power supply demand of this Linglong S computer without pressure. 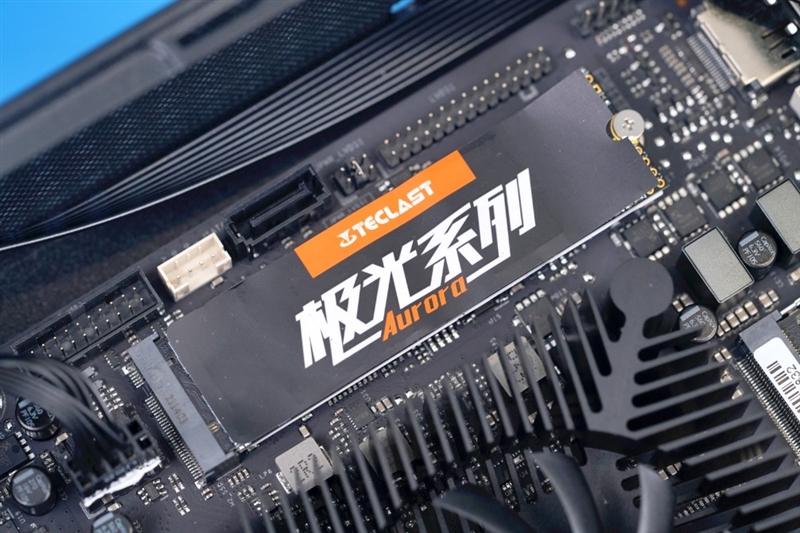 5. Summary: enough small enough price to be less than 1,000 yuan 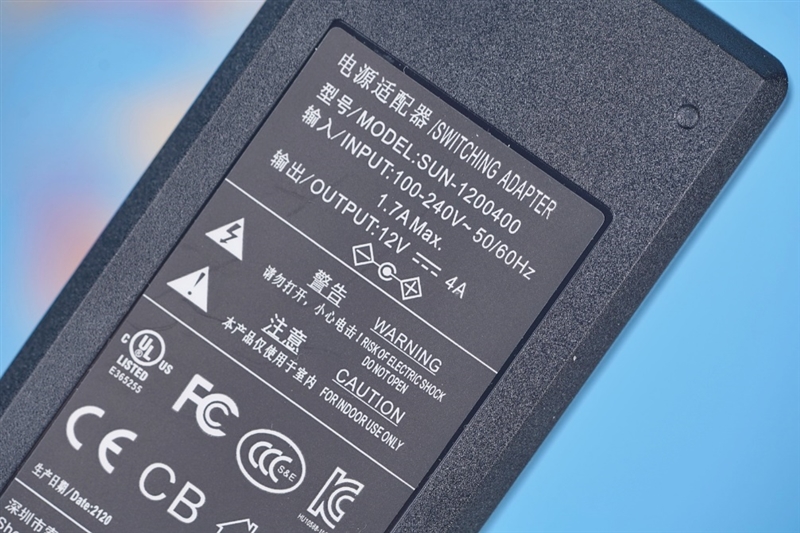 In the composition of the evaluation experience, this TSMC Linglong S mini computer impress the author’s most. It is a small body that can be easily lifted up with one hand, and it will not take up much room to place on the desk.

It can be said that it completely subverts the stereotype of the previous computer “stupid”.

Its square and calm shape design is also versatile in the modern office environment, which can adapt to any decoration style.

The figure is mini, and the performance is sufficient. The processor uses the Cyan N5095 of the 4 -core and 4 threads. However, based on the 10nm process and the new CPU architecture, the daily office is smooth and stress -free. It can also play a high -code online video of 4K 60FPS.

8GB DDR4 memory+256GB M.2 solid state, which can calmly deal with office software more, and the high -performance M.2 solid -state hard disk of the upper limit of the SATA channel, quickly turn on and off, office software, avoid invalid long waiting, waiting for a long time. It is even more efficient to improve work efficiency. If necessary, you can also expand the memory and hard disk by yourself to further enhance the overall experience. 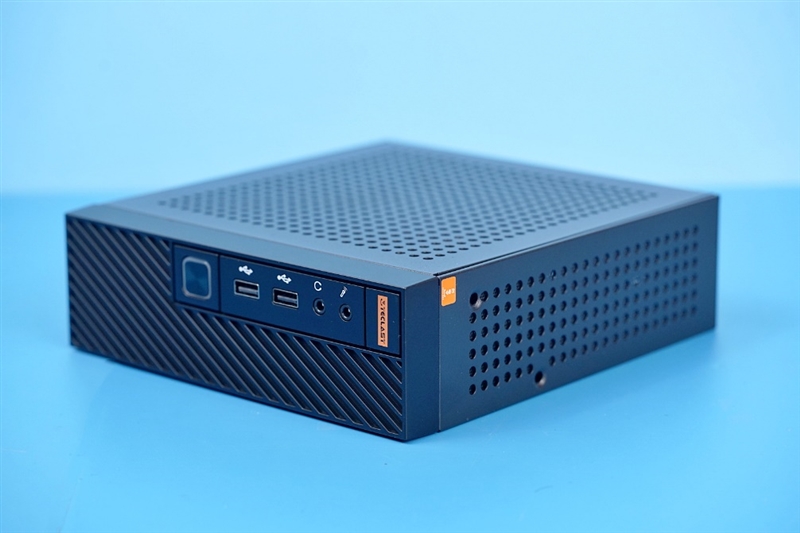 Compared with the traditional desktop machines that need hundreds of watts of power supply in the past, if it is a large number of purchased companies, using Linglong S computers can use a very considerable electricity cost for a long time, and a set of key mouse and mouse that is given intimately, and then a set of key mouse and mouse, and again It can save a lot of expenses. 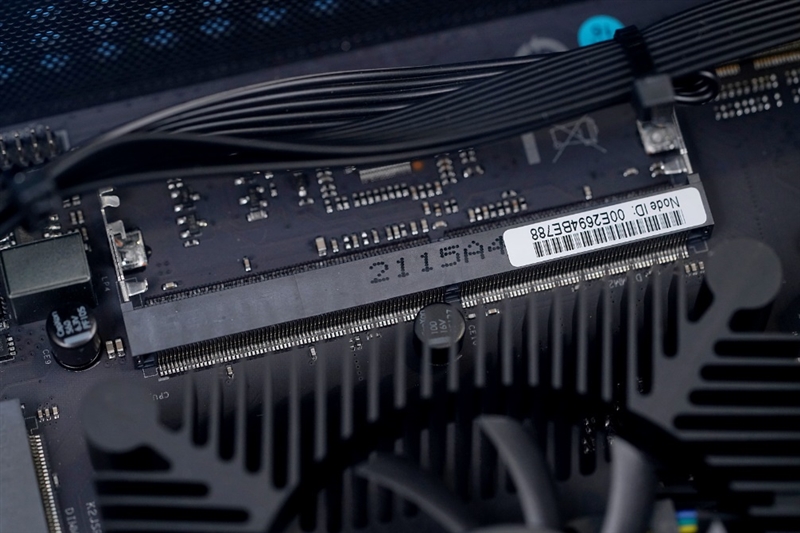 In addition to office use, Taipower Linglong S is obviously an excellent choice for the HTPC home audio and video entertainment platform.

Small size, calm style, and versatile with various home styles. Performance decoding and playing various local and online high -definition videos are also very easy. Of course, you can also connect TV, projector, etc., which can further expand multimedia and entertainment scenes, which is quite playable.

Naturally, there is no need to worry about after -sales. Taipower provides 3 years of quality insurance, 3 years of free on -site services, professional customer service telephone support, free remote services, and it is easy to solve problems.

In terms of price, this Taipower Linglong S mini -desktop computer only costs 1099 yuan, and the cheapest time is 999 yuan to reach the hand. This price can be said to be the ultimate price.

If the user needs a display, this Linglong S mini computer also has a 23.8 -inch display kit version, the price is 1799 yuan, and the minimum price can be 1699 yuan.