Unconsciously, my family also covered the mobile 5G signal, which is far faster than I imagined. The speed of the mobile phone network even began to surpass the broadband network speed of the family. After getting on WiFi, I found that the network is very slow. One reason is that our mobile phones often change new. New mobile phones support 5G signals and WIFI6 protocols. However Generally, the agreement is backward and cannot keep up with the Internet progress with the times, so you also need to replace a new router that keeps pace with the times, such as ZTE AX5400 Pro router, not only supports the latest WIFI6 protocol, but also 2.5G network ports Increasing the internal network speed is a router with good comprehensive performance. Let’s take a look.

ZTE AX5400 Pro is a new home router just launched by ZTE in the year. This is a router independently developed by ZTE. It can be said that ZTE himself from the inside out. This is ZTE’s strength as a world -renowned communications service provider. It is equipped with a one. A 14 -nanometer -core chip developed by ZTE itself, 128M flash memory, 512M memory, 6 independent antennas, full Gigabit mesh and a real 2.5G grid port, 2.4/5GHz dual band, supports WiFi6 protocol, first issuance The price is only 549 yuan, and it is a cost -effective router in the same performance interval. Thank you Zealer for the experience opportunities.

The product list is a host, one operation description, one power adapter, and one network cable.

The side heat sink grille is designed with a symmetrical design, as well as the center of the triangle work indicator. The details are controlled in place, adding beauty. 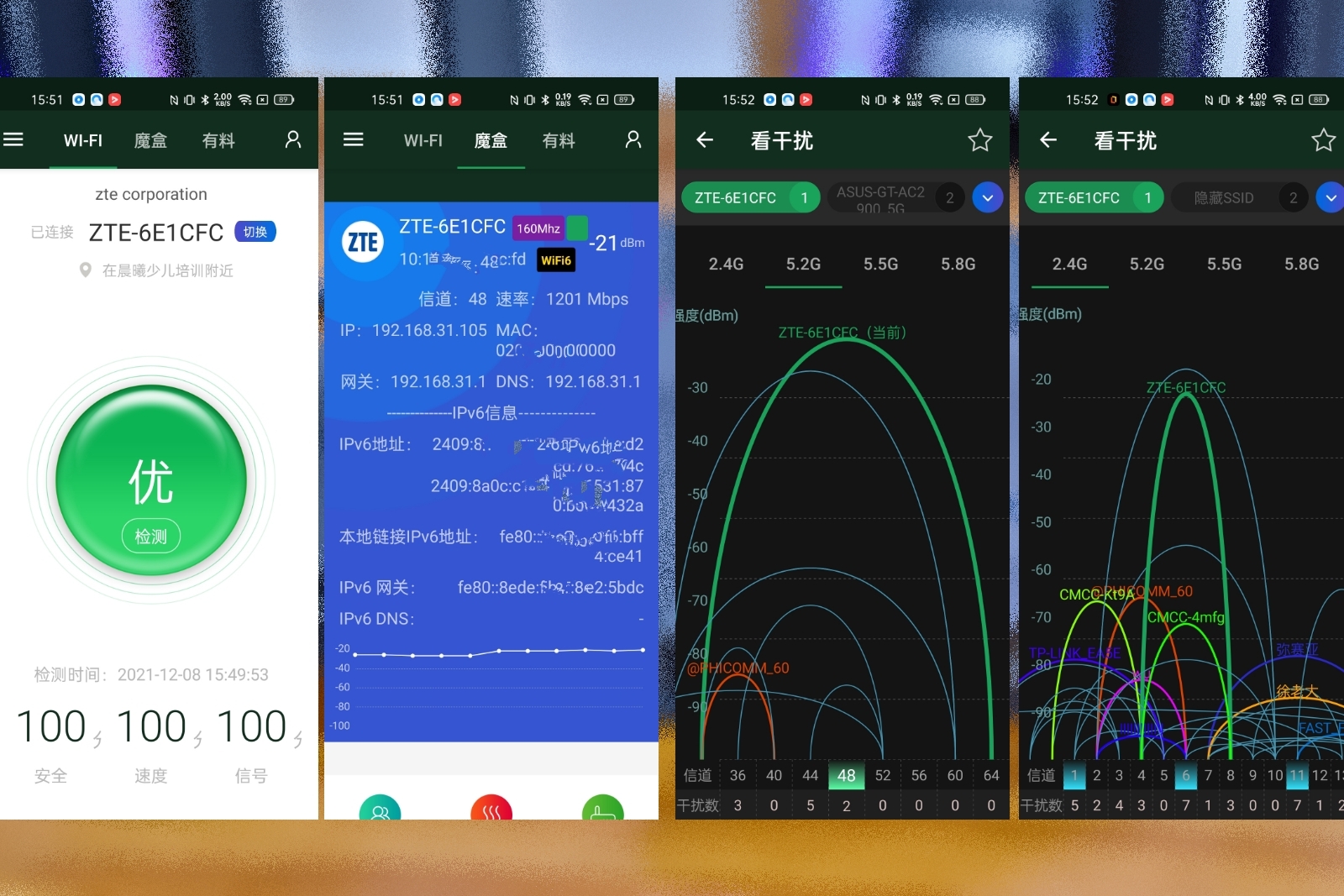 There are non -slip rubber foot pads at the bottom, and wall -mounted screw holes are also reserved. Large -area heat sink grilles are used in the middle and sides, which is conducive to the router heat dissipation during work. 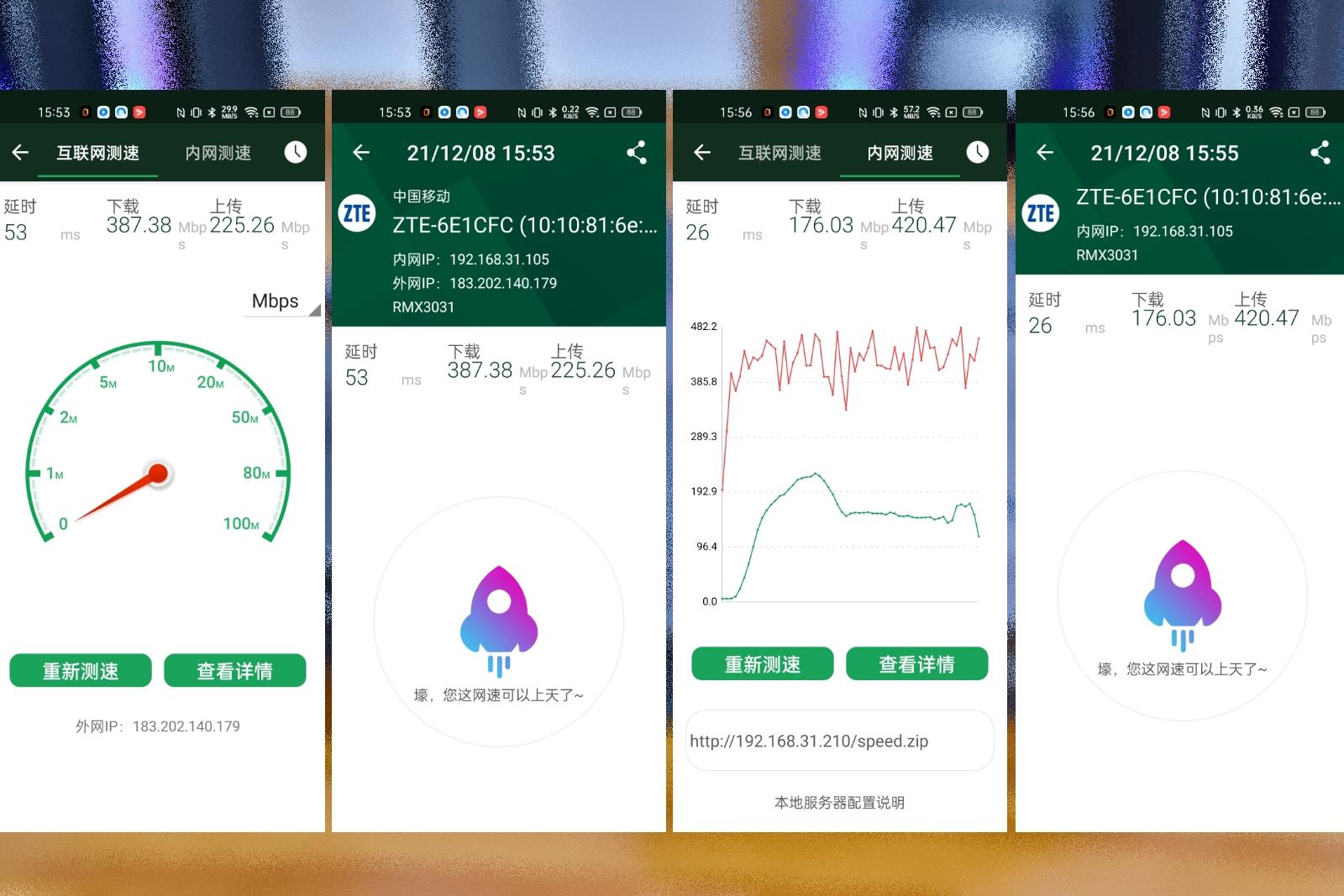 The antenna supports rotation peaceful release, which is almost 360 ° rotation, which can meet the adjustment needs of different use environments.

The adjustment of the adjustable antenna is very large and should be able to meet the needs of the special scene. 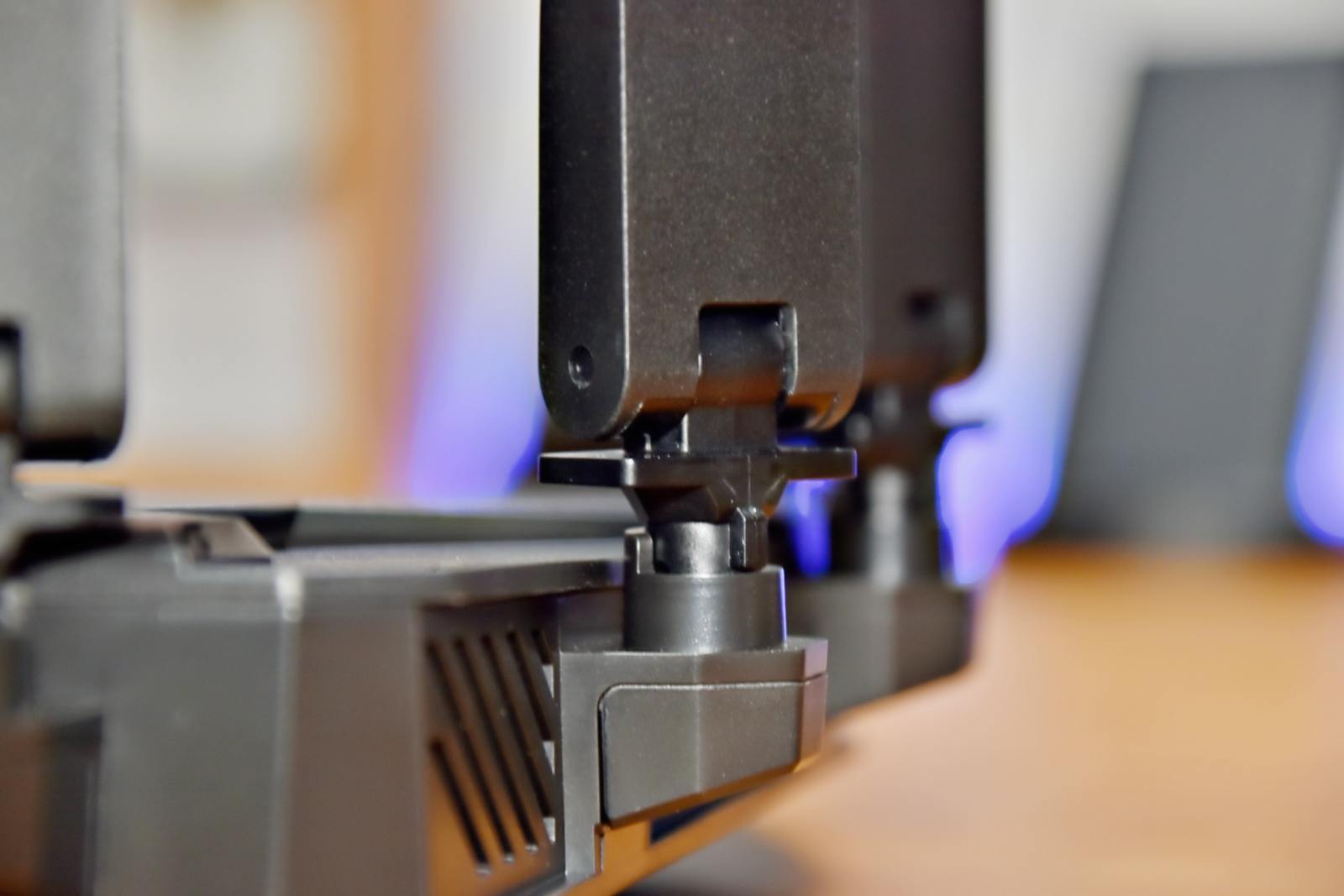 Next to the mesh is the Mesh WPS button, which is used to quickly connect to the router. The RESET hole is used to reset the router and restore the factory settings.

The size of the whole machine is 268mm*213mm*59.4mm, which takes up a lot of space and is suitable for hanging on the wall, but its shape is still very beautiful. 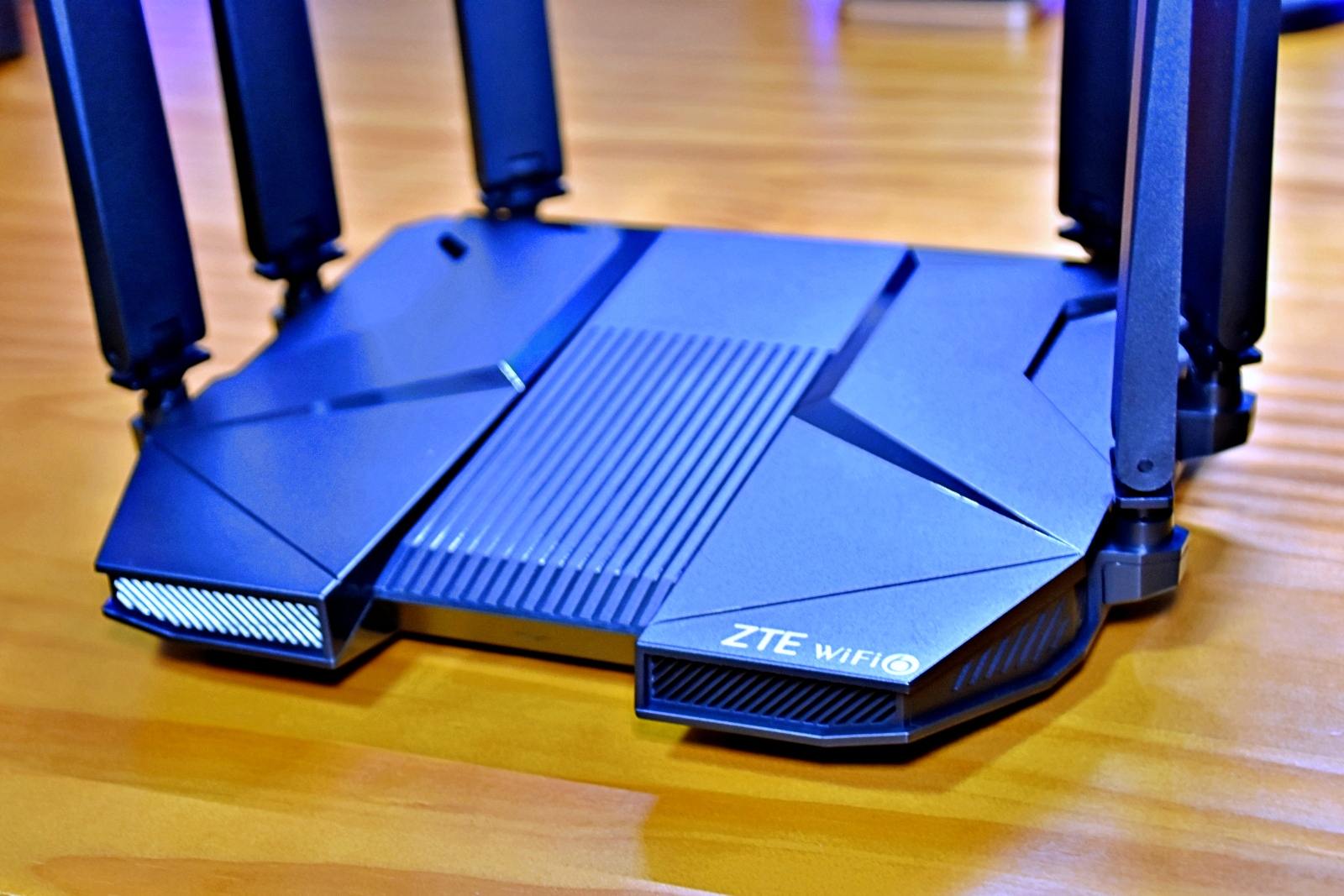 The current wireless router can quickly set the network with a mobile phone. The inside of the box and the instructions of the box can be identified in detail, and it can be operated according to the steps. But if you are pure Xiaobai, it is recommended to find someone familiar with the router to help.

According to the instructions, you can also download and install the “ZTE Smart Home” APP for binding settings on the router, and can also systematically update the router.

The current version of the router supports three public network connections, but does not support wireless relay connections, that is, it cannot be connected to other brands through wireless networks. It can only be connected in a wired manner. This also means that this router can only be used In the place where there is a network signal line, the wireless connection cannot be achieved.

Of course, you can also use the PC WEB page to implement management settings. Here you can implement more advanced settings for routers, such as 2.5G mesh and 1G mesh switching, MESH settings, firewalls, DHCP, DDNS, etc. 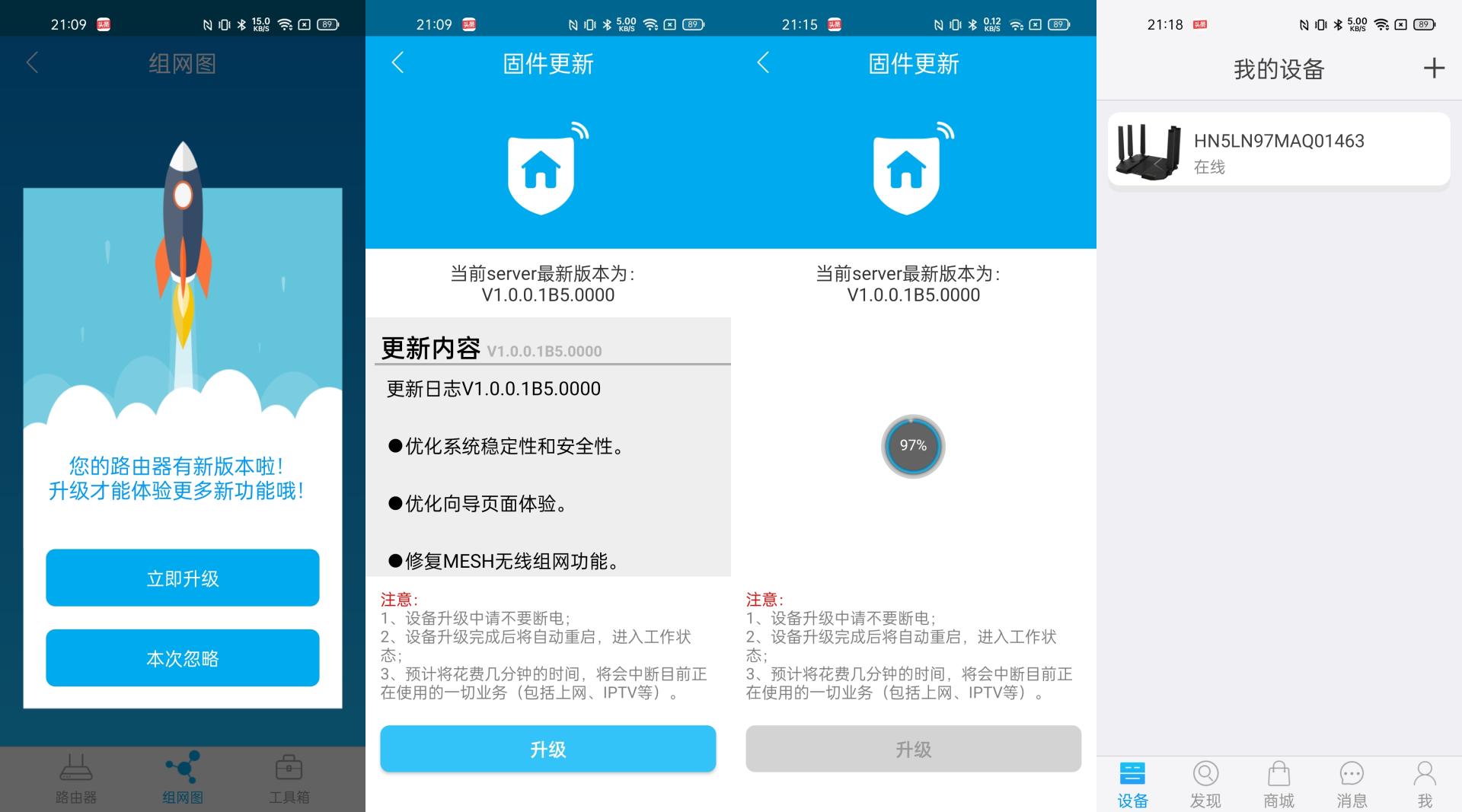 This is my current living environment. The proportion of drawing is a bit disordered, but the pattern is similar. Because of various historical decoration problems, the computers and NAS are on the table of the master bedroom. Add a route. In order to test the ZTE router, I used it to replace the previous router to see how the signal is.

Using the “WiFi Magic Box” APP testing the router signal, it can be seen that the router supports 160MHz frequency width and WIFI6 protocol. 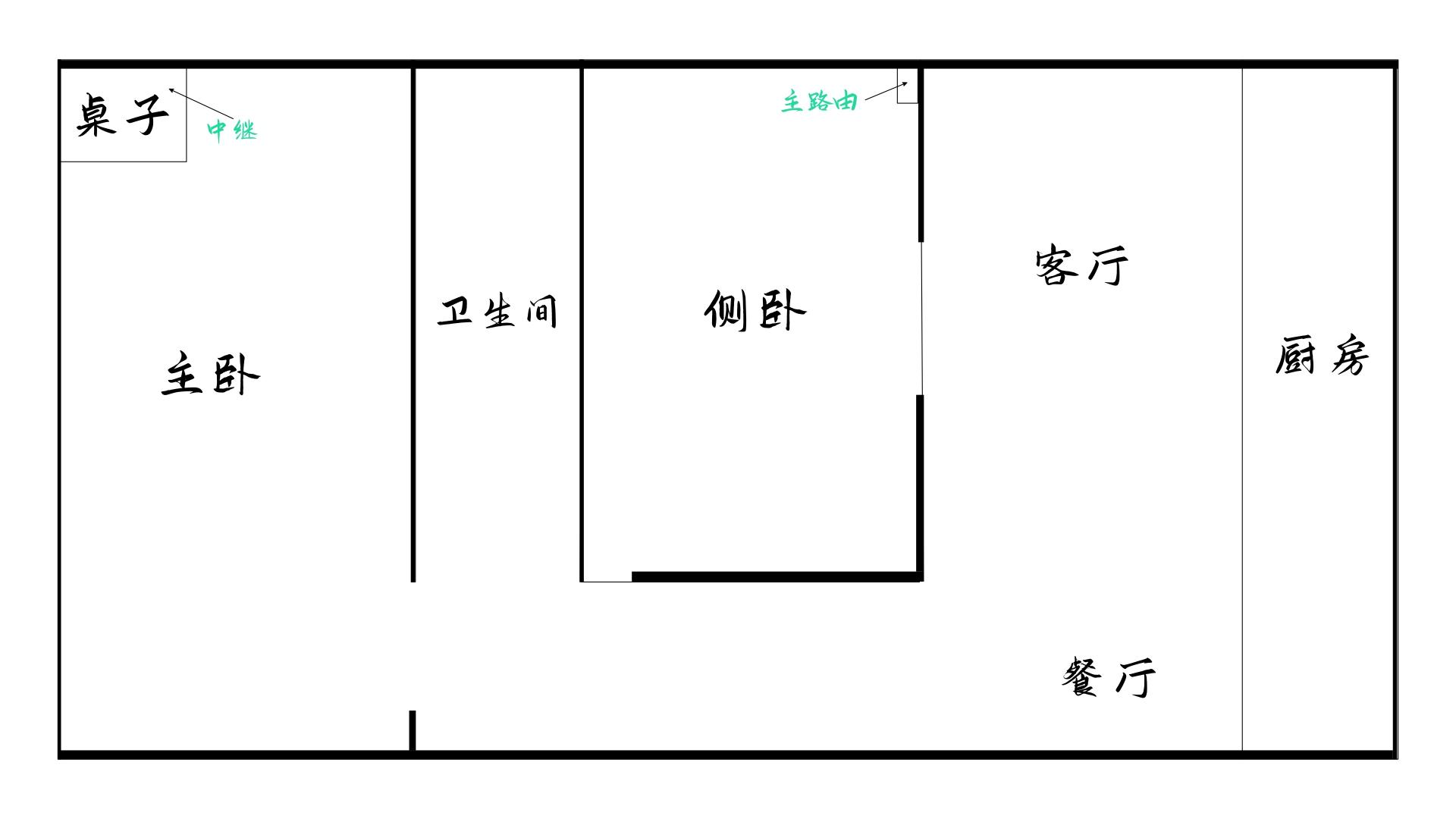 The internet speed near the router is very good. This is my main use scenario. In order to test the effect of the wall, I continued to use the tool test. I chose 9 test points at home. Only the farthest point 6 signal did not Qualification, compared to the 7th point, its vertical distance is separated by 3 walls, and the signal will inevitably be affected. In summary, the effect of the wall through the wall is still great.

This is the detailed data of different test points. At the 6th point, the testing rate was unqualified due to the packaging rate. At the same time, its download and upload speed was also the worst. Through data comparison, it can be seen that from the 2nd to 5th, the download speed decreases in order, because they need to wear more and more walls, and the download and upload speed of the 7th to 9th is because they can be used Reflex signal. 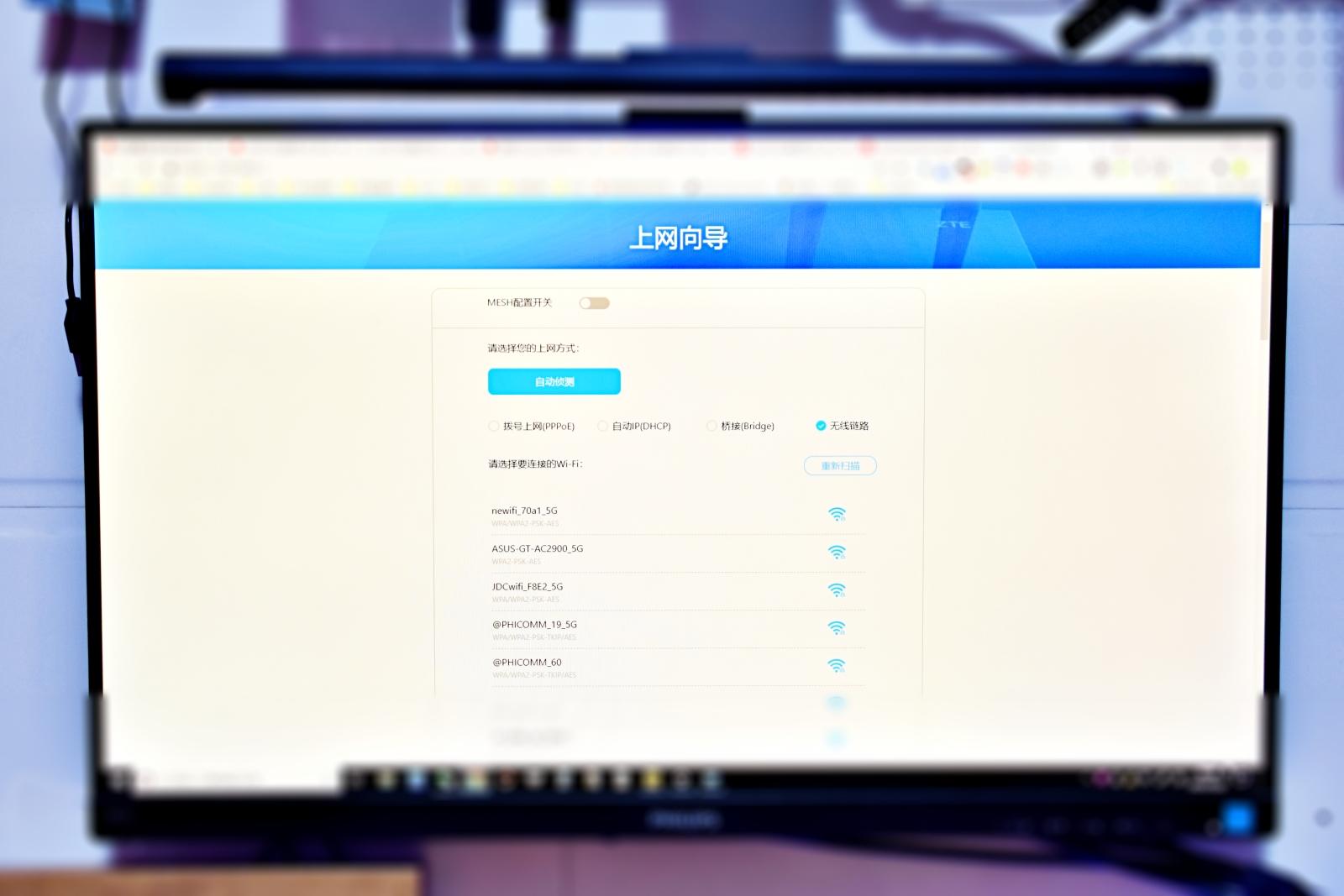 This is the router I used to use. In comparison, ZTE AX5400 Pro’s ability to penetrate walls is very good. For small apartment families like me, the performance of this router is sufficient.

The reason for choosing this router is to form a 2.5G internal network environment, which can use the computer to read the data stored in NAS at a high speed. I connect the 2.5G port of the router to the 2.5G mesh port of NAS, and then connect another 2.5G mesh of NAS to the port of the computer. 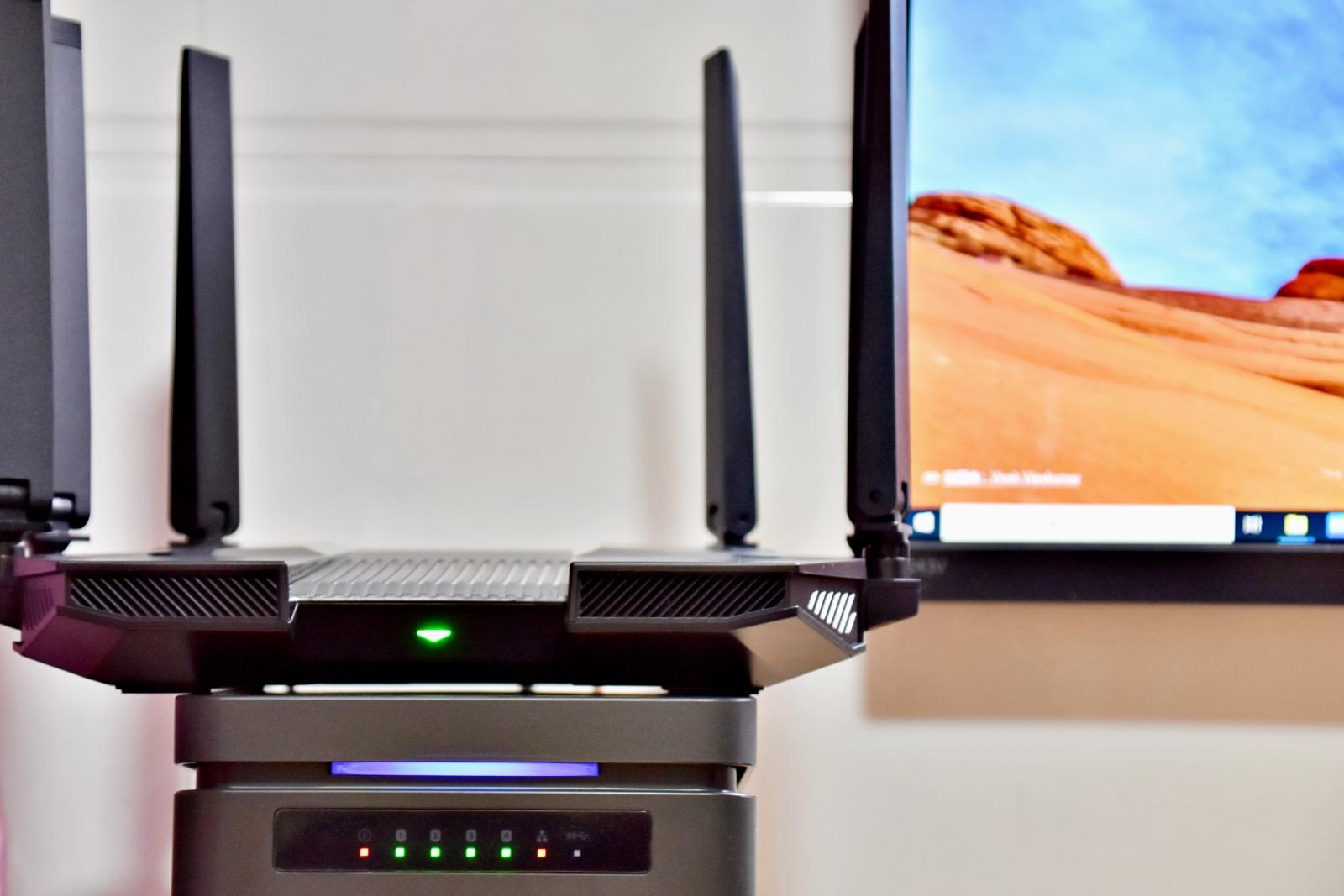 My computer motherboard is still an ordinary network port, and the wireless network card is also a Gigabit network card. It failed to achieve 2.5G connection. The next step is to upgrade a USB to 2.5G network port device, it is estimated that high -speed transmission can be achieved. 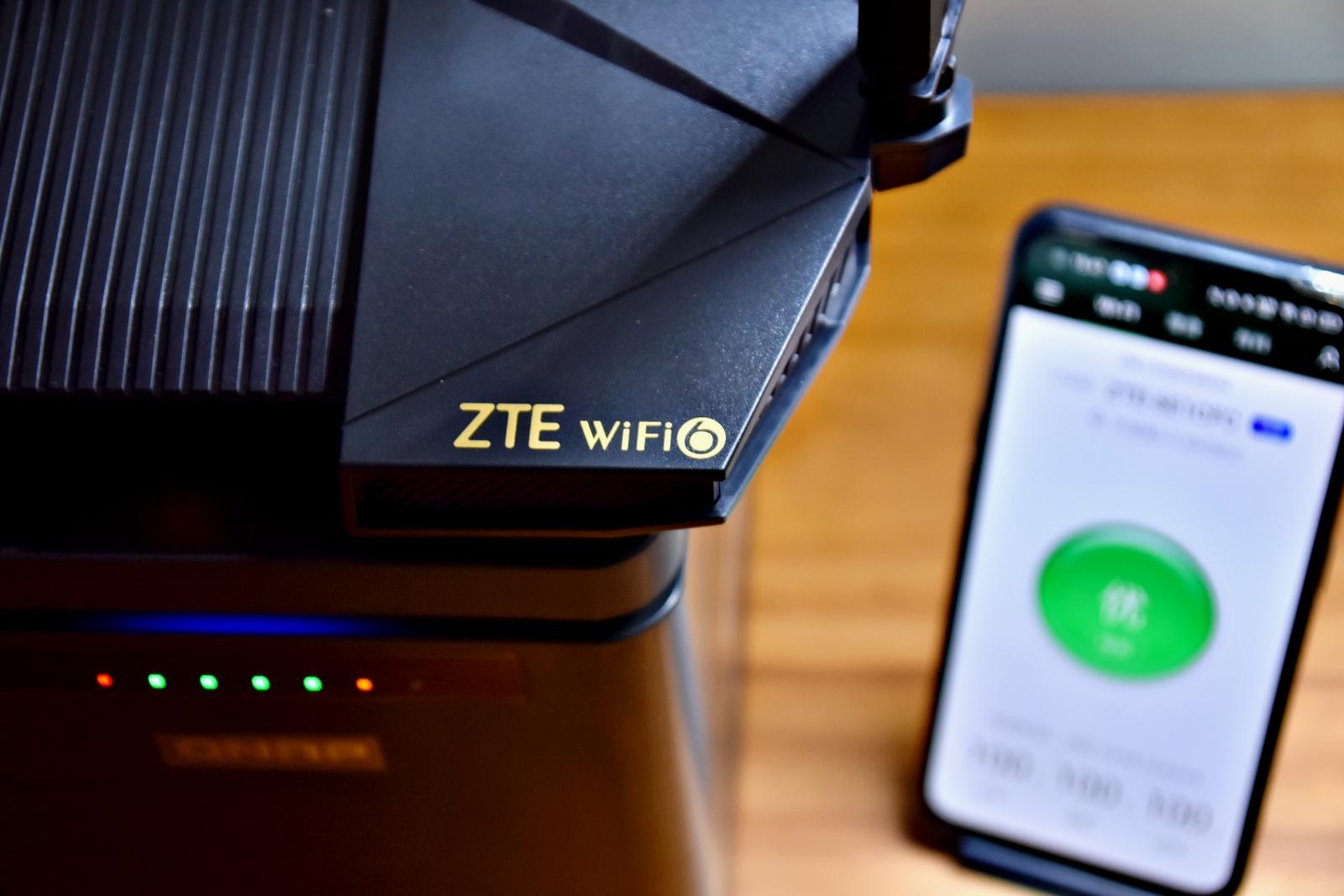 Using mobile phones and NAS to transmit data, the transmission speed can reach 100m/s, which is close to 1000Mbps bandwidth, which reflects the high -speed network performance of WIFI6. 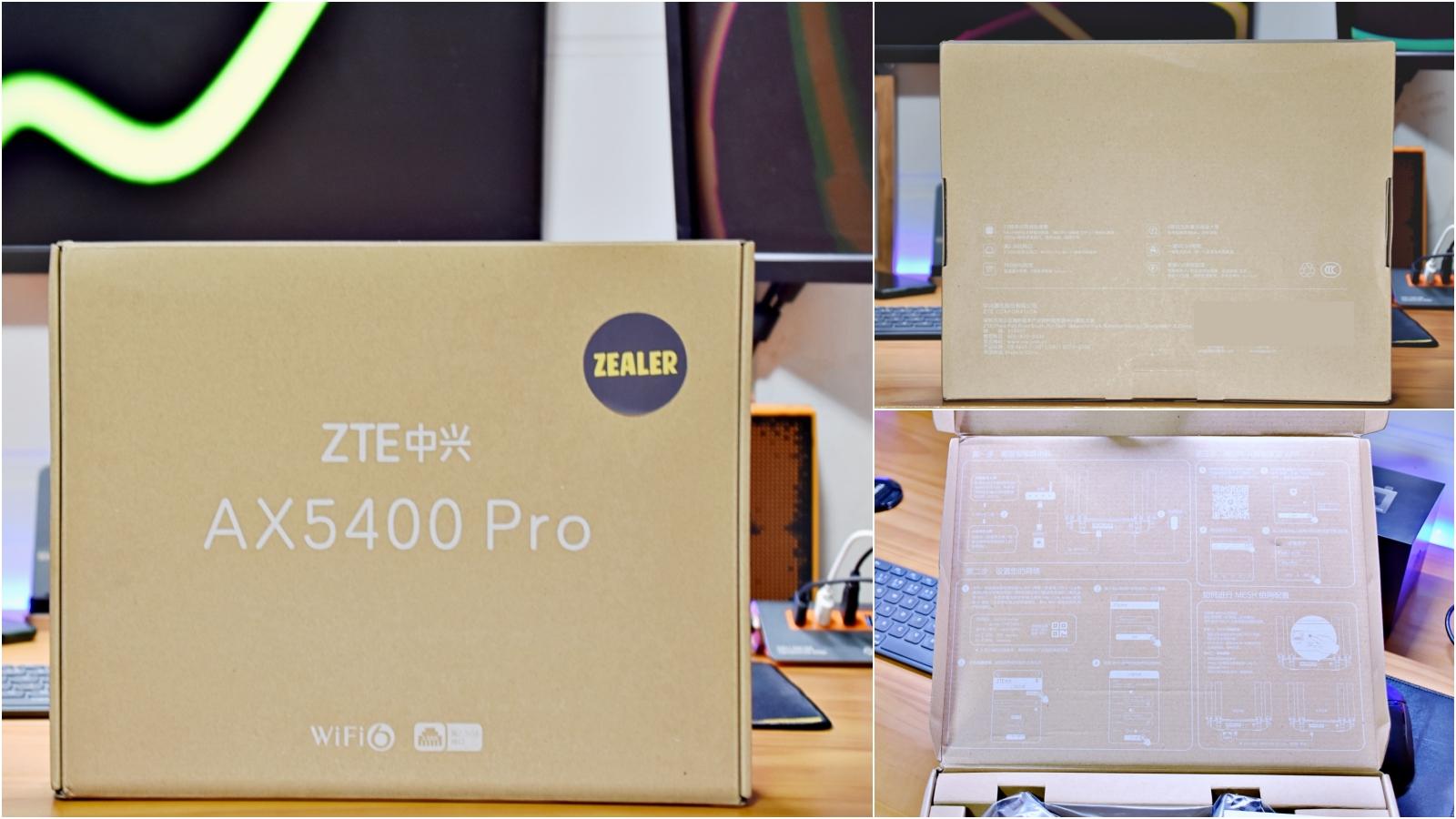 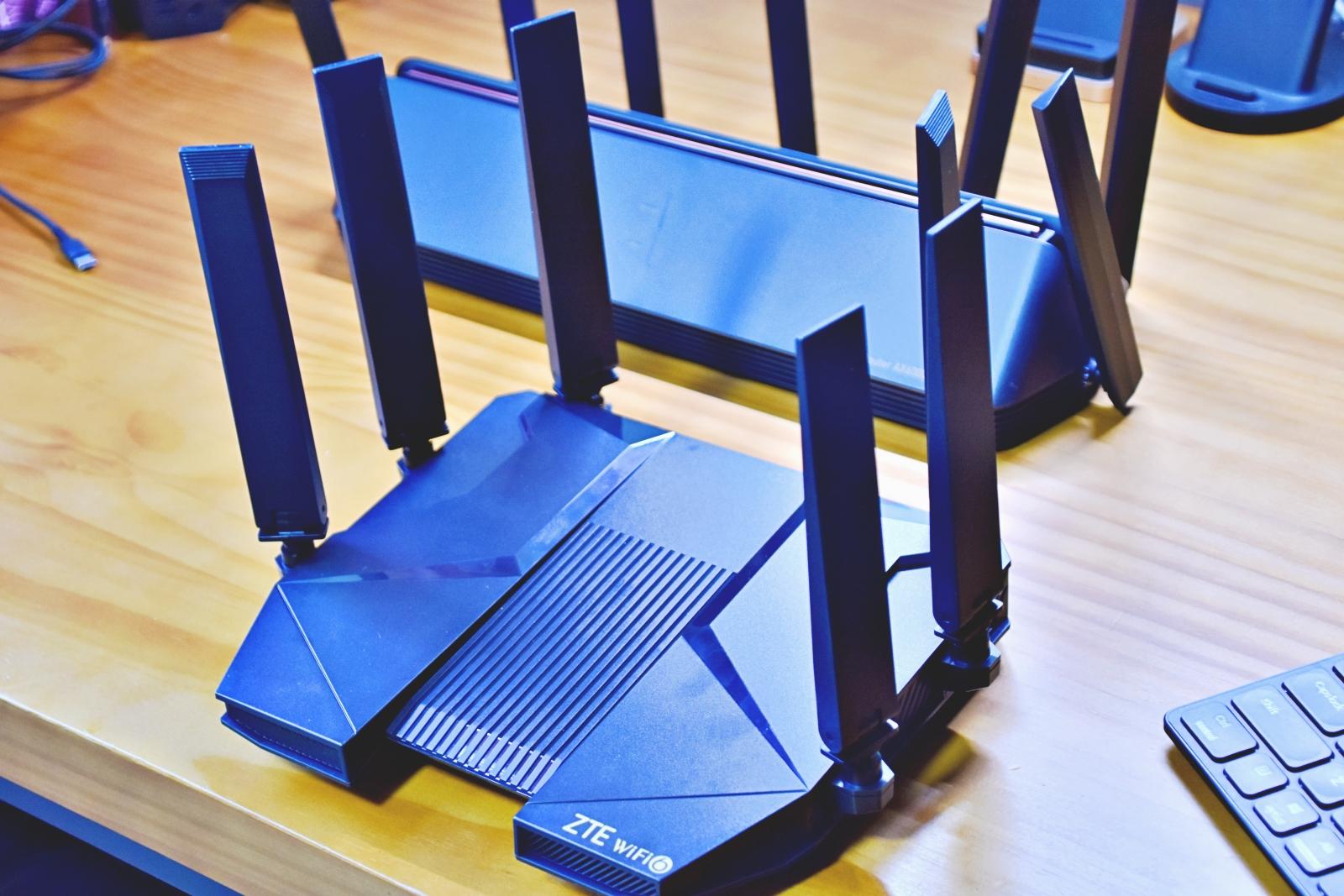