Supervision, voice actors, original paintings, people … For those who are familiar with Japanese anime, these people are the “dreammakers” of the two -dimensional world. However, at 10:30 am local time on July 18th, a malicious arson allowed 34 dreamers to leave forever. 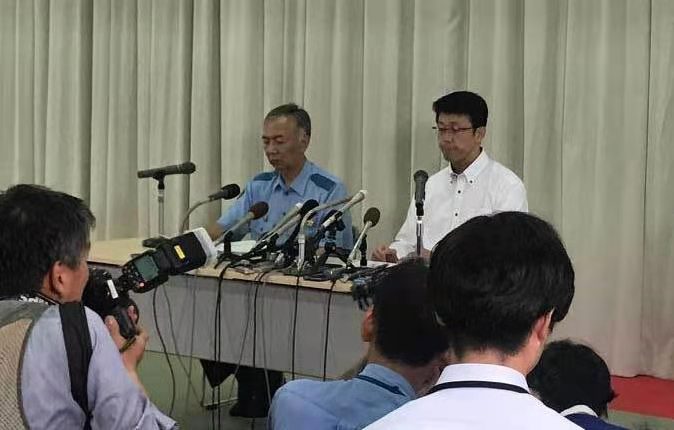 As of July 19, the fire incident of Kyoto Animation Company, Japan, had killed 34 people and 35 people were injured. The suspect who was sent to the hospital was still “unconscious and dying.” The Kyoto Police said that the current suspect treatment is preferred and his motivation to commit crimes is still investigating.

Kyoto Animation also has a huge fan base in China, with the reputation of “produced by Kyoto, must be a boutique”. Fans intimately call it “Jing Ani”, and the style of “slow work” and “Kyoto Face” of Kyoto Animation have also made fans proud. However, after a fire, Beijing Ani was injured. According to Kyoto Animation President Yada Yingming, in addition to the loss of personnel, the paintings and materials stored in the first storage of the Kyoto Animation Studio have also been burned. 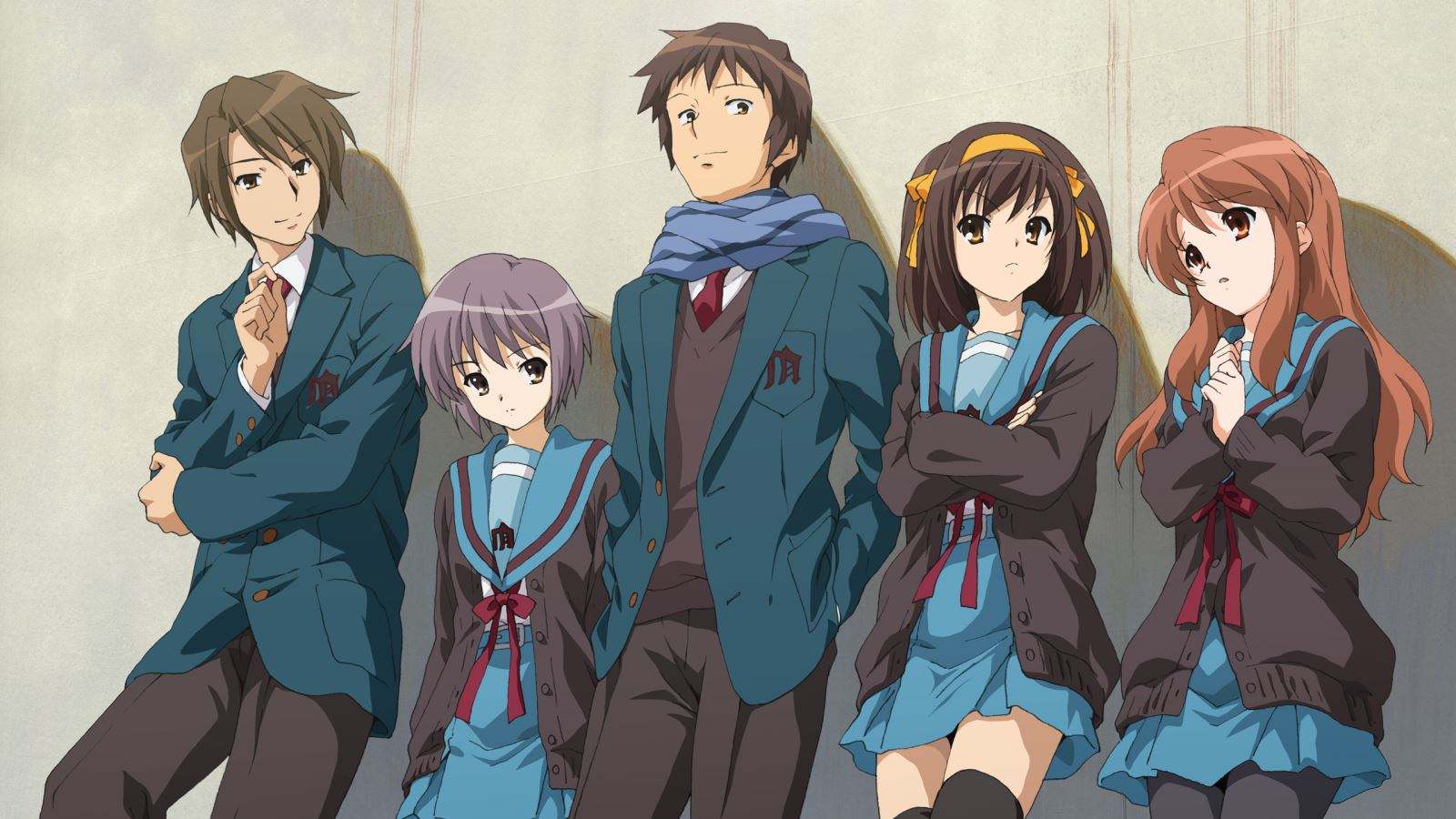 Domestic young people’s cultural community B is a gathering platform for Japanese animation enthusiasts. On July 18, the Fan drama pages of station B became black and white that expressed condolences. The picture of the column homepage is a Japanese anime “White Box”, which is a work behind the story behind the production of anime. The protagonist is “the dreamers of the two -dimensional world”. It was also this day, a malicious arson in the real world, and captured the life of 34 “Dream Creators”.

At about 10:30 am local time on July 18th, the first studio of the well -known Japanese production company “Kyoto Animation” was maliciously settled by the first studio located in Fushimi -kujin District, Kyoto. Witnesses said that a man on the first floor of the studio “splashed like a liquid like gasoline and ignited”, saying “to die” while igniting. After the explosion, the three -story building began to fire the fire and burst out of smoke.

On the afternoon of July 18th, Kyoto Animation President Oada Yingming faced the camera, angry and sad. He said the studio that was arson was “the core of the company.” At the time of the incident, the staff represented by the director, the original painter, and the character design of the character were on the scene. “I developed this way, I really regret it, very sad.”

However, the news of regrets came one after another, and the number of victims discovered continued to rise. As of 17:00 on July 19, local time, the fire had killed 33 people and 35 people were injured. At about 23:00 on the 19th local time, another 30 -year -old man was reportedly reported to die in the hospital, and the number of deaths rose to 34. Japanese media reported that this was the most deadly arson case since Pingcheng (1989).

According to a press conference held by Kyoto Police on the afternoon of July 19, the suspect was named Aoye Aoye, 41 years old. At present, the suspect is severely burned and unconscious. Police said that treatment is currently preferred. In view of the major incident, it was decided to announce its name first. After the body is recovered, arrest.

At the same time, the police disclosed at the press conference that during the police inquiry on the day of the fire, the suspected man once said, “Because the novel is plagiarized, it has a fire.” However, the man’s resume showed that he was not that he was not The employees of the Kyoto Animation Company are not those who have worked here before, and their real motivation is still investigating.

On July 19, Kyoto Animation President Bada Yingming responded in an interview and had indeed received anonymous complaints before. For example, “dissatisfaction with directors and expression”, the company reported these situations to the Kyoto Police. However, these are complaints about the work and have no complaints on employees and companies. Regarding rumors such as “plagiarism” in the report, Bada Yingming also said that “has never heard of such a complaint.”

In the domestic two -dimensional animation circle, fans who chase Fan have their own favor. “Some people chase the director, some chase painters, but few people chase the company.” However, the “Jing Ani”, which is also an animation production company, has a lot of fans. The “Jingmi” who likes Jing Ani feels that “Kyoto Animation is too different and has his own unique temperament.”

Kyoto Animation was founded in 1981, and the company’s founder Bada Yoko was a woman. She worked as an animation draft in Tezuka’s Worm Studio, and then moved to Kyoto and set up a studio with her husband Bakada Yingoming. At the beginning of its establishment, Kyoto Animation mainly accepted some animation outsourcing business, such as “Inuyasha”, “Crayon Shinko”, “Pet Elf” and other cartoons have participated in Kyoto animation.

Since 2003, Kyoto Animation has gradually moved towards independent production, and has become famous by adapting to the “three tear bombs of the Key Society”. However, the works of their time will find that Kyoto animation is not high. Since 2003, the annual output of Beijing Ani TV Animation is about 1-2, and only the average annual “3 parts” have been achieved in some years. In 2017, Jing Ani only launched an anime of “The Dragon Maid of the Kobayashi Family”, and the JC Society of another Japanese animation factory in the same period launched 11. Jing Ani’s “slow work” is evident. 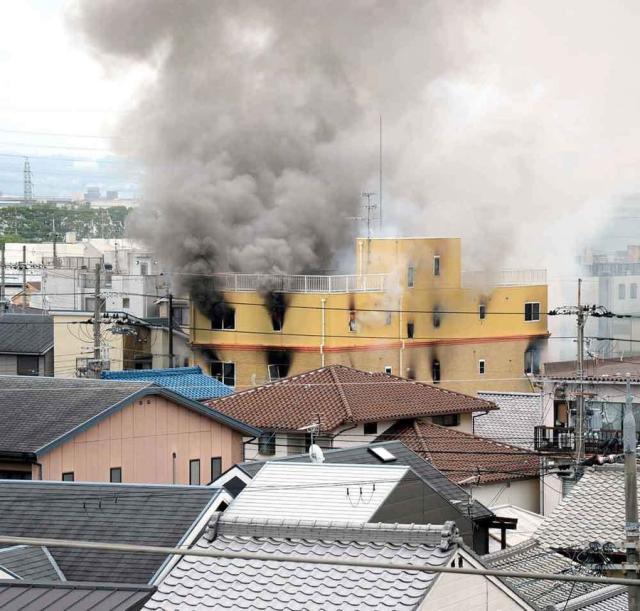 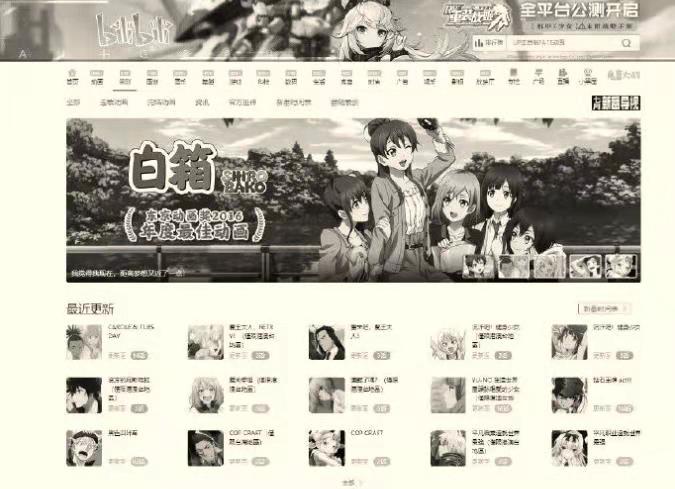 In the fan circle, Kyoto Animation also has a feature “Kyoto Face”. This refers to the female characters in the Kyoto animation all have a similar face, most of which are “soft and drooping eyebrows, large and round eyes, looming noses, simple lines of mouth.” Some “Jinghei” ridiculed that “removing the hairstyle decoration is the same person.” However, in the eyes of “Jingmi”, this is more like the unique painting style of Kyoto animation, which is the embodiment of “beautiful and cute”.

Up to now, Kyoto Animation has also launched the bloody “Free”, “Ice Fruit” with suspense campus, and “Violet Eternal Garden” with a magnificent epic and epicistic temperament, but the overall style is biased towards the delicate and soft of women. The subject matter is also mainly “light theme” such as campus, daily, youth.

The news of Kyoto animation fire also made domestic fans worried. Ashu, anime enthusiast who worked in Guangzhou, brushed this news from Weibo. The four words “Kyoto Animation” made her hold her heart. “Why is Jing Ani, how can I be so mad?”

Kyoto Animation is Ashu’s childhood memory. After 90s, she has been chasing Japanese games and anime since elementary school. From 1999 to 2004, the Japanese Osaka Game Production Company Key has launched three games: “Kanon”, “Air” and “Clannad”. Subsequently, these games were adapted from Kyoto Animation into anime version and achieved excellent adaptation effects. Due to the delicate and touching plot, it is also known as the “three major tear bombs”.

Ashu felt: “The anime version is very restored, and there are new highlights. It is more refined than the game and the paintings are more exquisite.” As a result, she also entered the pit of “Jing Ani” and began to chase dramas in various channels.

When she still remembers the “Harbor of the Haruki Haruki” under Kyoto Animation, she often went to the animation shop near her home to book around her. She bought 6 hand -in -law in the play, including the three protagonists and 3 supporting roles. In addition, I bought the performance suit with reference to the protagonist.

“The Melancholy of Haruki Haruki”.

In Ashu’s view, Jing Ani won the details with excellent pictures and exclusive creations. “Taking the animation of” The Melancholy of the Haruki Haruki “as an example, although it is adapted from the novel, the newly added dance design at the end of the film adds a lot to the animation version. Fire animation works. “

In the Kyoto animation, many popular characters have become the popularity of Japan’s annual anime character “Meng Wang”. For example, the character Nagato Yoshima in the drama “The Melancholy of the Haruki Haruki” was selected as the “quarterfinals” in the 2006 Ri Meng Crown. For Ashu, “watching animation, buying peripherals, looking forward to or participating in anime characters” is a childhood memory.

Destruction of losses is hard to remember

After Kyoto Animation Fire incident, Japanese Prime Minister Shinzo Abe said on the social platform on the afternoon of the 18th: “Today, a arson killing incident in Kyoto caused a number of deaths and wounded people. “,”

Apple CEO Tim Cook also posted on the social platform late on the 18th that “Kyoto Animation is the most talented animator and dreamer in the world. Today’s devastating blow is a tragedy far beyond Japan. Jing Ani artists use their excellent works to spread happily between the world and generations. I pray for them from the bottom of my heart. “

On July 18th, on the Japanese social networking site, everyone launched a activity of #Pray for Kyoani to pray for Kyoto Animation. The Japanese director Xin Haicheng, who is well known to Chinese fans because of his works such as “Your Name” and other works, also said that “everyone in Kyoto Animation, please be safe.” The dubbing actor Mizawa also posted a statement: “Can’t forgive me, someone actually does such a cruel thing. Please be sure to save, even a life.”

With the increase of the number of victims, many Chinese fans have a heartache, saying “this is the darkest day in the history of Japanese animation.” The well -known Japanese director Iwai Iwai also condemned on the official Weibo: “The place where our creator works has become a target. Having people’s lives as grass and mustard.

On July 19, many local residents and fans went to the fire location to donate flowers to pin their sorrows. There are also fans spontaneously gathered to the prototype of anime works. Old Fengxiang Elementary School in Toyoto Town, Shiga Prefecture, Japan is a school prototype in Kyoto Animation “Light Voice Girl”. On July 19, there was also a mournful deeds here.

The principle history of the Mitsubishi UFJ Investigation and Consultation Institutions, who is familiar with the Japanese animation industry, said: “Kyoto Animation has always been carefully cultivated by team members. Those with superb animation drawing ability may also be harmed in disaster. This damage should be serious. “”.

In addition to the loss of personnel, the paintings and materials stored in the first storage of the Kyoto Animation Studio have also been burned. On the morning of July 19, Bada Yingming, who had just appeared at the fire scene, was surrounded by reporters. Speaking of the losses of the studio, he said, “Almost everything has been ruined. The computer is also destroyed, and the amount of loss is very large. But I don’t know how much the specific loss is.” 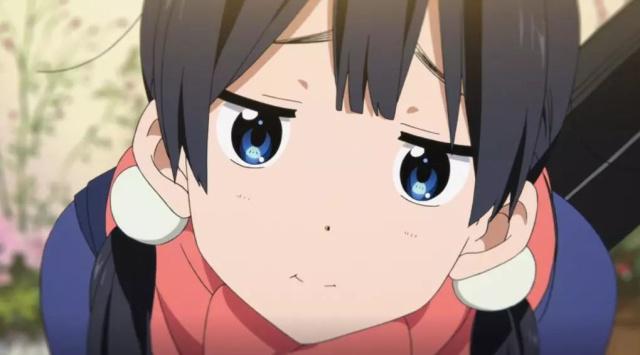 (Ashu, Xiaojun in the text is a pseudonym)