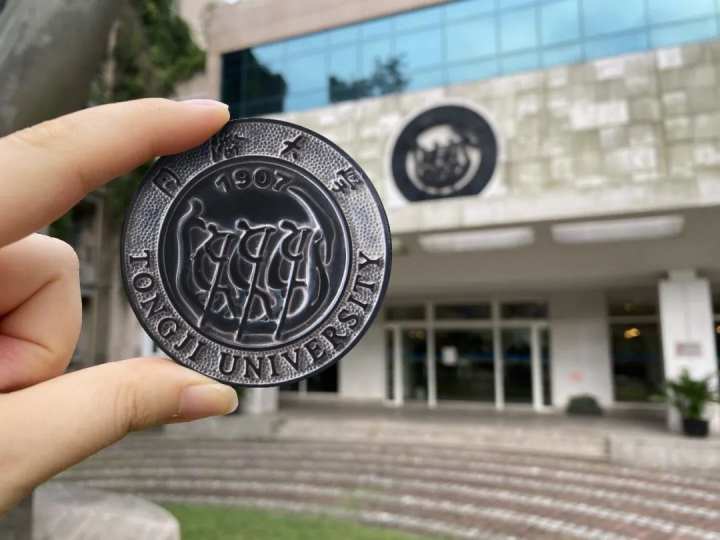 The notice contains a series of classic landmarks on the campus of Zhejiang Normal University, with green and gold as the main colors, customized by hand, and embedded three-dimensional illustrations.

Let’s look at other universities –

According to the school, this year, the shell material of the notice and the structure of the three-dimensional second school gate have been completely upgraded. 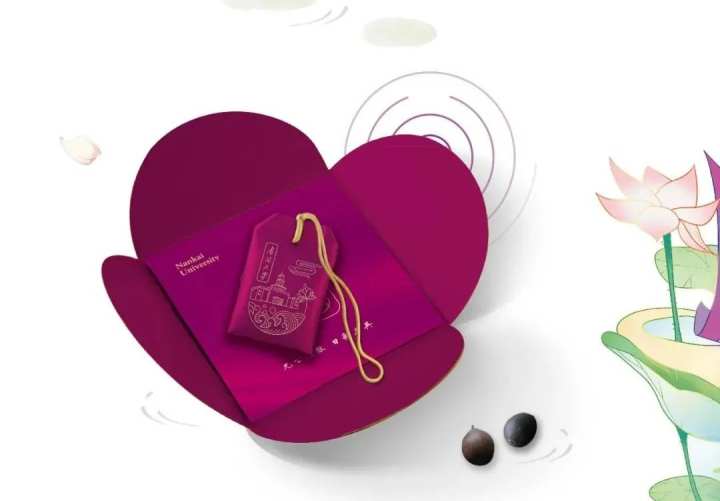 The new laser-engraved, hand-assembled notice has a brighter and more durable color: 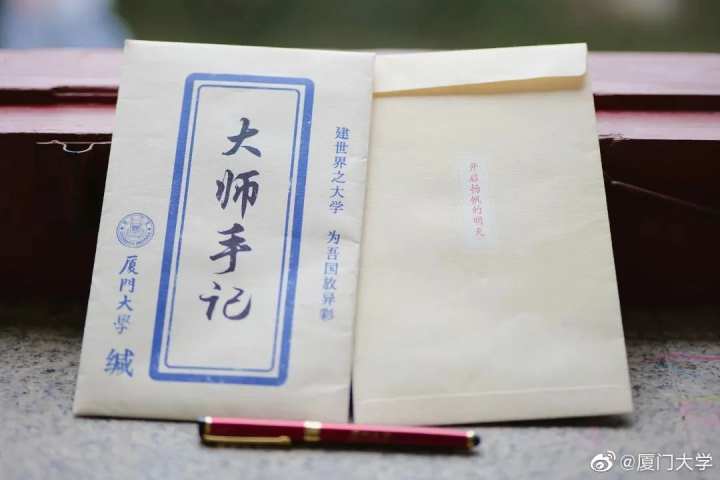 According to the school, the button behind the key emblem of Shanghai University’s “Future Core” can be activated to light up the “Future Core”, and the WeChat mini program “Shangdajin SHU” (pronounced “Shangdajin SHU”) can be read close to the mobile phone, and new students can watch the “Red Inheritance” promotional video for the first time, and at the same time obtain a personal exclusive electronic admission notice.

The school hopes that students will have a patriotic “core” of worrying about the world first, and happy and happy after the world, as well as a self-improvement “core” of continuous improvement. 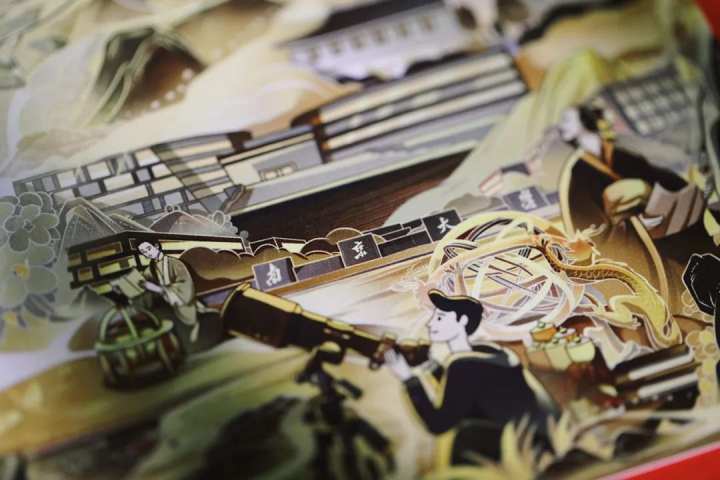 In addition, there is a special edition school emblem blind box for new students, a total of three theme color systems and nine colors. 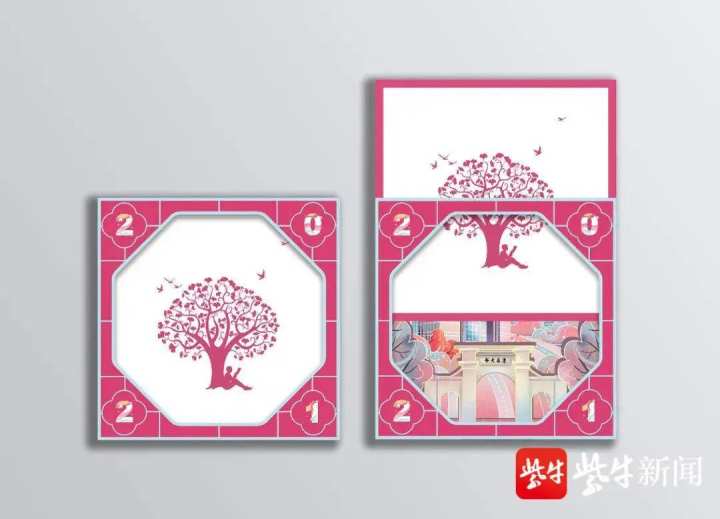 Nankai University is already 102 years old, and this year it also specially designed an admission notice to celebrate the 100th anniversary of the founding of the CPC.

Qinglian purple is the school color of Nankai University. Sent with the notice, there was a purse containing lotus seeds from Jiaxing, Zhejiang:

The red boats wandering on the South Lake of Jiaxing witnessed the birth of the Communist Party of China and inspired young people to ride the wind and waves and sail away in the new era.

“Lotus has a heart and should not die”, two lotus seeds, containing the power of new life.

It is hoped that the people of New Nankai will stay in their hometown and not change their original intention; One brings campus and witnesses growth.

There is a letter from Mr. Li Zhengming, a 90-year-old academician of the Academy of Engineering and an alumnus of Nankai, and a unique design lottery card that symbolizes the rapid change. 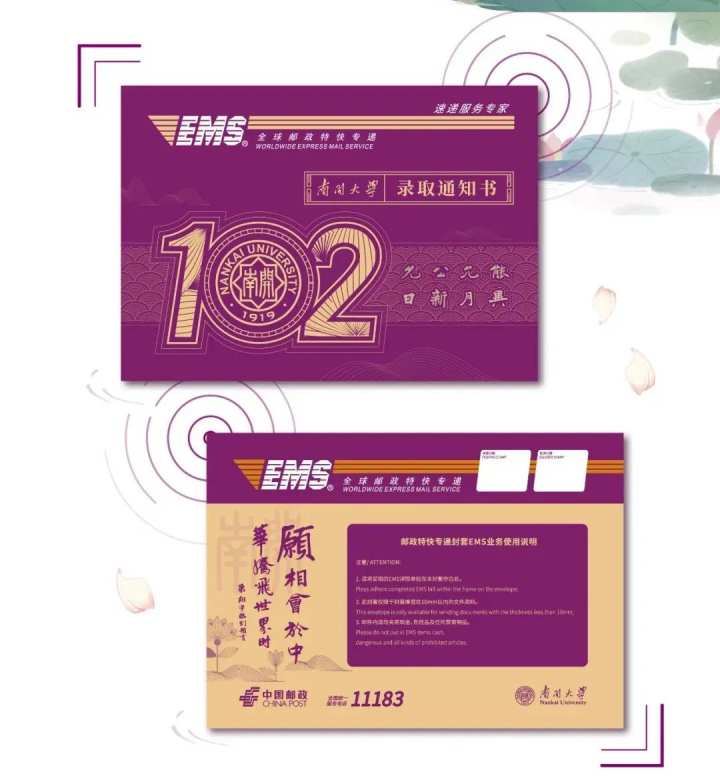 In addition, when you pull the inner page of the notice, you can feel the sun and the moon.

After assembling the silhouette lamps, the Fudan freshmen can see the landmark buildings and seasonal scenery of Fudan’s four campuses (Handan, Jiangwan, Fenglin, Zhangjiang) around the finished lamp. New students will spend at least four years on the Fudan campus, walking through the places and times drawn on the lamps in reality.

The lamps are small and delicate, and can be placed indoors to decorate life, or hung outdoors to illuminate the night.

After the start of the new school year, Fudan will also hold a new student lantern event. At that time, new students from all regions and majors can collect and fill in wish cards on the spot, tie them to silhouette lamps, and light up the Fudan campus.

The gift bag also includes the “Go Far” luggage tag and the Graduate Star recommendation letter “Only if you have faith in your heart can you go far”. Only by “believing in one’s heart” can there be direction and motivation, and “going far” is both an expectation and a responsibility. “Graduate Star” is the highest honor for outstanding graduates of Fudan University.

diaoNanjing University of Aeronautics and Astronautics 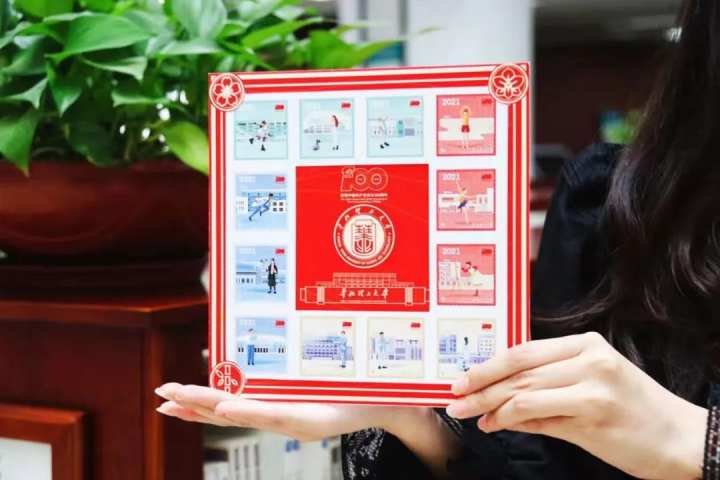 Nanjing University of Aeronautics and Astronaut

Nanjing University of Aeronautics and Astronautics carries the aerospace dream of countless students, and they are turning the space dream into reality step by step. 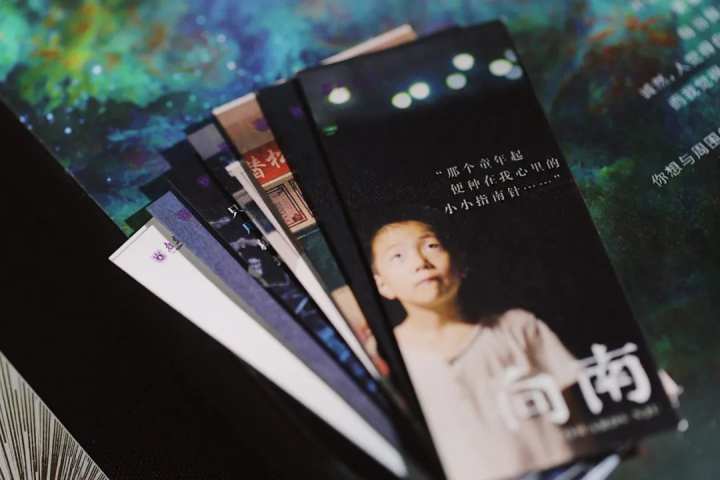 Open the admission notice and you will receive the “blessing of the whole universe”: Long March 5 rocket, Beidou group, C919 passenger aircraft, etc., these important weapons of the country that China Southern Airlines participated in research and development, you will see it in the admission notice gift box.

The school’s adoption of random blind boxes to give badges has a deeper meaning: “I hope that new students will make new friends, exchange badges, and start a new story after school starts.” ” 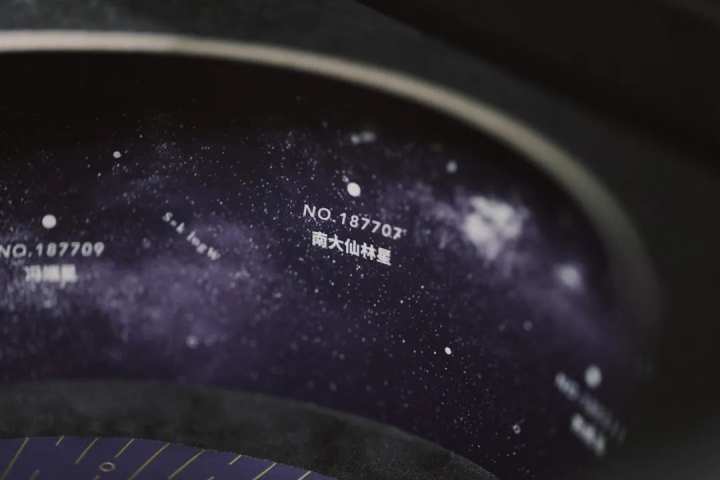 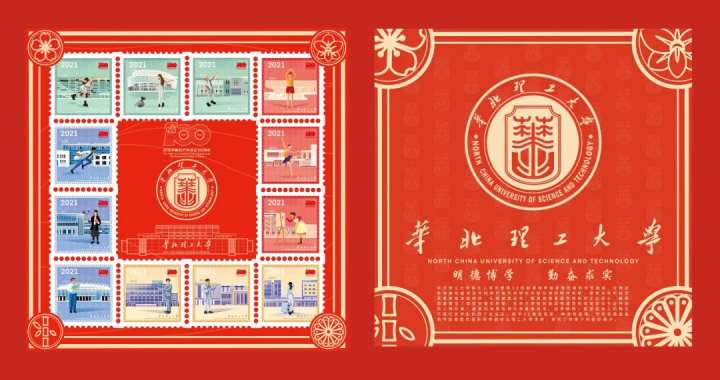 Xiamen University was founded on April 6, 1921, marking its 100th anniversary. Therefore, this year, Xiamen University announced the admission notice for the celebration of the university, which is more grand than in previous years.

The overall tone of the notice is positive red, and the 100-word openwork hot stamping design is very conspicuous. Opening the notice is the biggest highlight: the master’s handbook of Lu Xun and Chen Jingrun, and the summary of the speech of the university owner Mr. Chen Jiageng in preparing for Xiamen University. 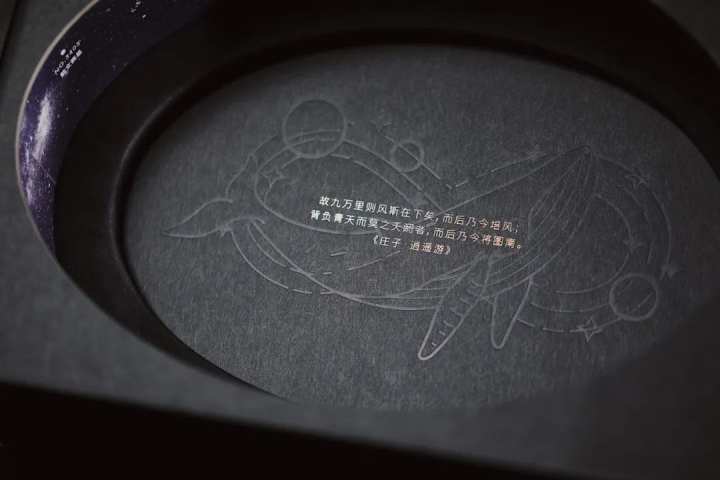 According to the university, 100 years ago, when the country was in crisis, Mr. Chen Jiageng invested in the establishment of Xiamen University with the belief that “education is the foundation of the country, and learning is the duty of the people”; Mr. Chen Jingrun successfully proved “1+2”, which is considered to be the closest research result to prove the Goldbach conjecture; During his teaching at Xiamen University, Mr. Lu Xun wrote the familiar classics such as “From the Hundred Herb Garden to the Sanwei Bookhouse” and “Mr. Fujino”.

Being able to have such a commemorative collector’s edition of the centennial admission notice, even the senior brothers and sisters of Xiamen University have to envy the students of the class of 2021…

On June 9, Harbin Institute of Technology released a newly designed undergraduate admission notice, the main visual of which uses laser materials to present different colors under the illumination of light.

The design concept of the notice starts from the theme of “sharing”, hoping that students who have passed the college entrance examination will express their gratitude to all the hard-working people who appear in their lives in the name of HIT. 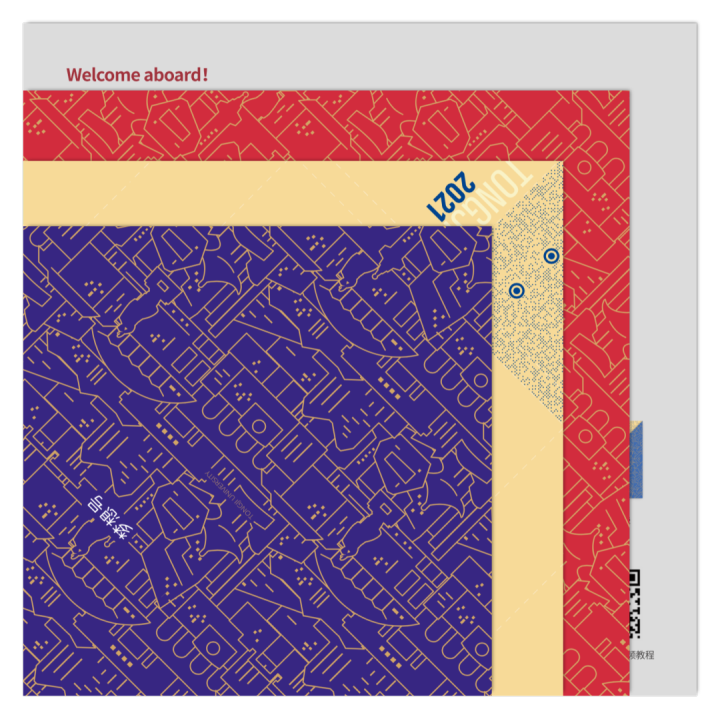 The admission notice is divided into four chapters: “Breaking the Cocoon”, “Giving Flowers”, “Returning to the Warehouse” and “New Journey”, which means that students hope that students will break through themselves and achieve themselves. 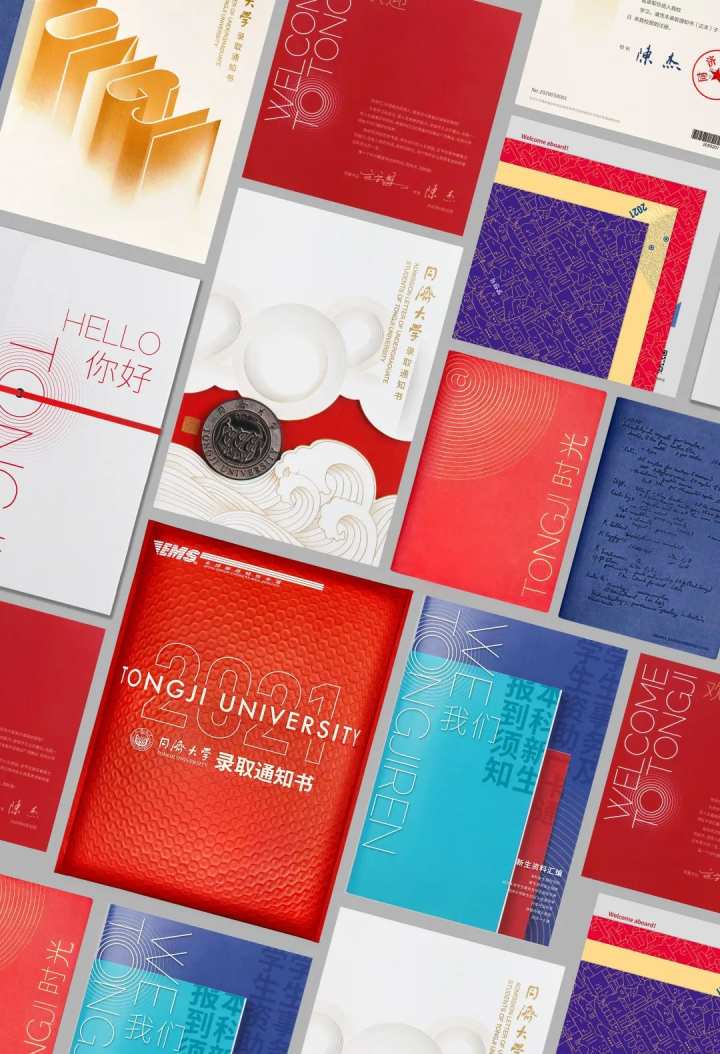 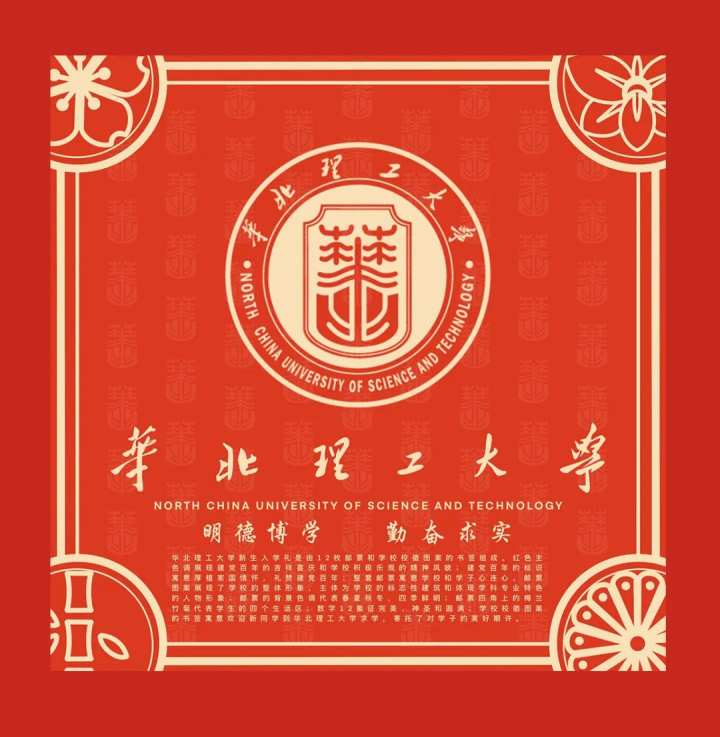 There is also a 2021 edition of “Time Notes” with the cover, which burns the 1999 deep-sea investigation notes of Academician Wang Pinxian, who became popular on the whole network this year. 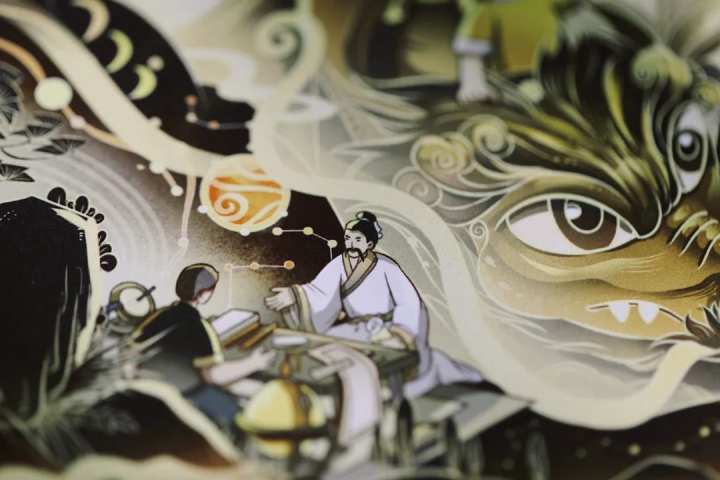 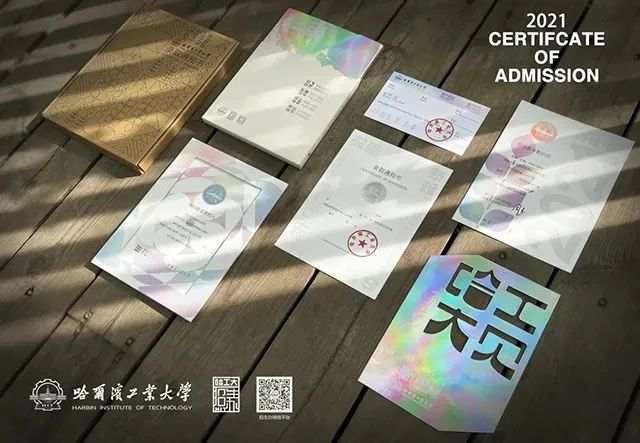 The biggest highlight of the admission letter of Southeast University is that it really shines!

The appearance of the starry sky theme, the overall blue appearance with higher saturation and brightness, adopts a magnetic opening and closing method. Opening the notice, the characteristics of automatically singing the school song are retained, and it is still a “singing admission letter”, and the auditorium, a landmark building of Tokyo University, is also lit up, symbolizing “starting from here, lighting up the future”. 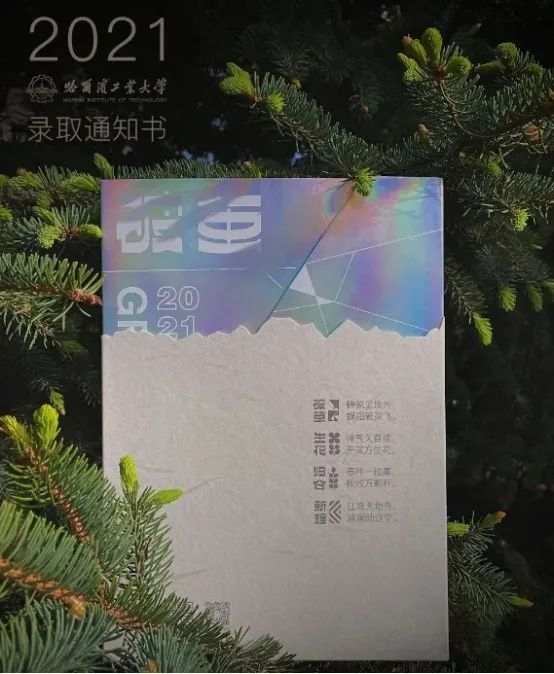 The admission notice retains the color scheme of platinum, but it also hides the “mystery”, and if you look closely, you can see the motto of Southeast University “stop at the best”.

With the theme of “Light Up Your ∞ Infinite Universe”, Nanjing University’s 2021 undergraduate notice condenses the 380,000-year-old sky and “underground lights” to lead freshmen to open the “Journey of Light”.

After opening this layer, the background of the black base plate condenses a blue sphere, which is the 380,000-year-old sky. 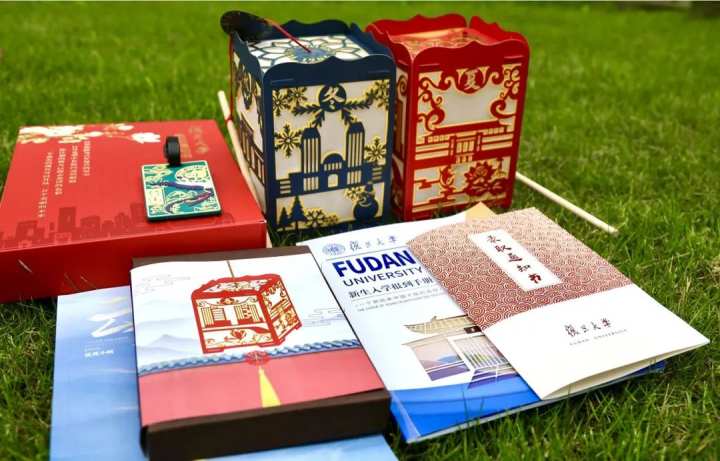 The 380,000-year-old sky contains the mysteries of a newborn universe. The notice has this design, hoping to lead the new students through infinity, through time and space, back to the origin of the Big Bang.

In the “starry sky”, there are not only the crystallization of the ideas of predecessors such as the basic law of calculation, the Pythagorean theorem, the principle of leverage, and the formula for finding the root of the unary quadratic equation, but also the “Nanda star” shining: Dai Wensai Star, Qu Qinyue Star, Nanjing University Star…

In the admission letter, Nanjing University also launched the ‘Radiance Action’. New students can voluntarily participate, choose a good book they have read, give it to the children of Shuangbai County School of Nanjing University for poverty alleviation or NTU’s designated teaching schools in Guizhou, Yunnan, Gansu and other places, and write encouragement and messages on the ‘Radiance Action’ card. 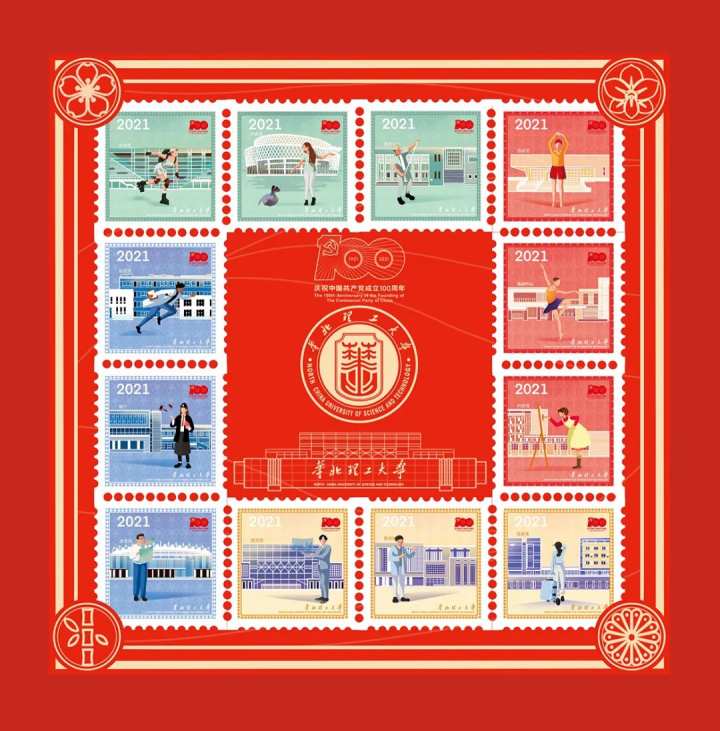 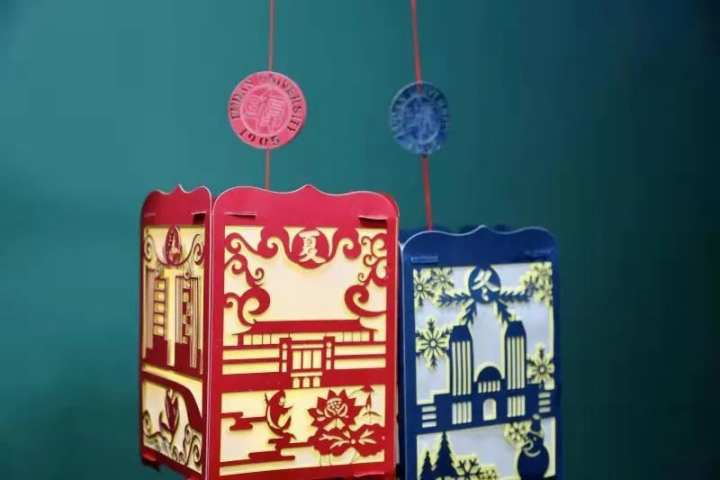 The change of color also means that the freshmen signed a “galaxy contract” with the school and become the “star-chasers” of the new era of Tianjin University.

The overall color of the notice is expressed by the combination of ivory yellow and sunrise red, the use of ivory yellow highlights the school’s 100-year history since its establishment in 1895 and congratulations on the inscription of the golden list of students, Chaoyang red symbolizes the auspicious and festive centenary of the founding of the party, symbolizes the inheritance of red genes, the continuation of the spiritual bloodline, but also represents the school full of vitality, full of confidence to stand at a new starting point towards a new future. 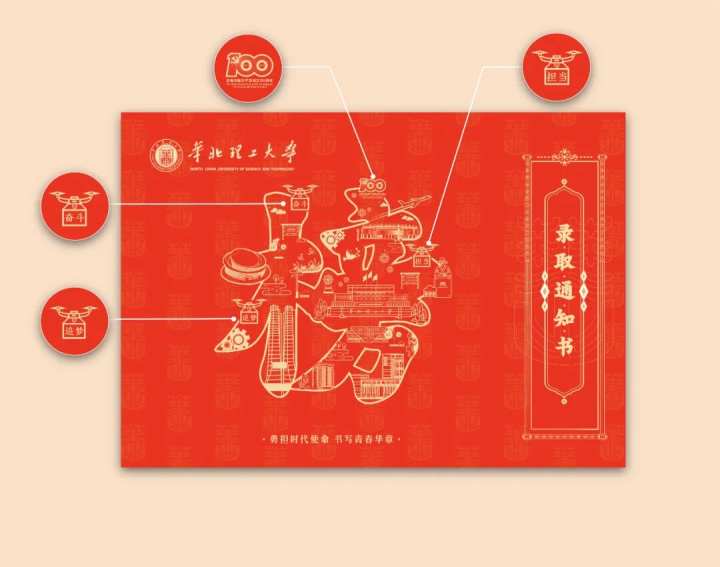 After the front page of the admission notice, the left side of the long scroll shows the development history of North China University of Science and Technology, and the right side is an illustration of the school’s landmark buildings and characters reflecting the characteristics of the discipline. In an intuitive and clear form, students can understand the school, stimulate the feeling of loving the school and honoring the school, and yearn for the future learning life. 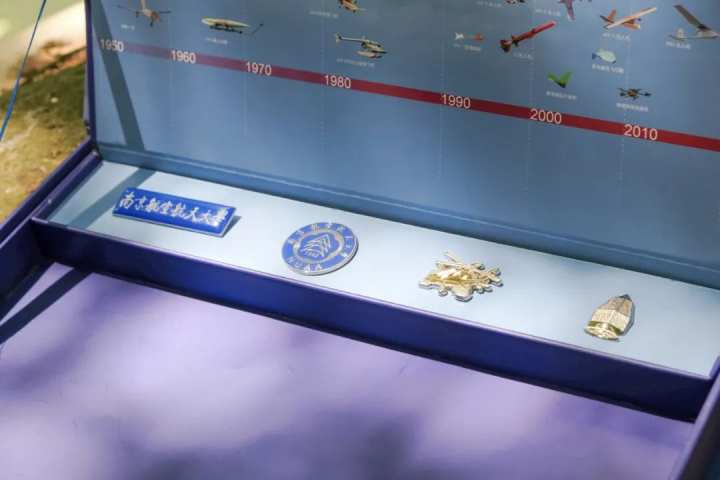 On the far right is a beautiful commemorative admission card with preservation value, printed with the principal’s handwritten affectionate message and ardent expectations for the 2021 Huali students.

The school also carefully prepared an entrance ceremony for each new student of the class of 2021. 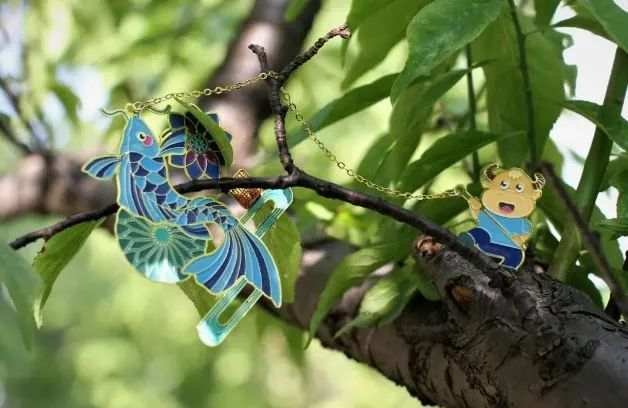 The number 12 symbolizes perfection, holiness and consummation; The bookmark of the school logo symbolizes the welcome of new students to study at North China University of Science and Technology, pinning on the good expectations of students. 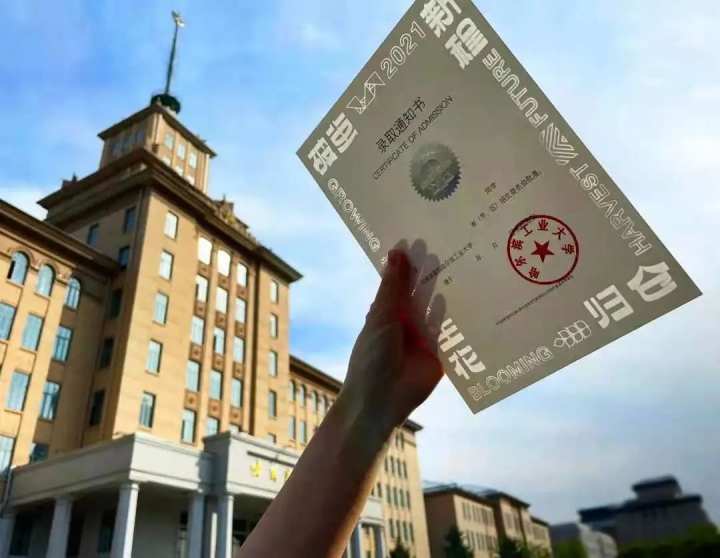 The overall design of Soochow University’s 2021 undergraduate admission notice draws on the “flower window” elements of Suzhou’s classical gardens, and integrates Suzhou’s scenery, love, back and forth into this window in the form of illustrations.

After the admission notice, several landmarks of Soochow University came into view.

Behind the waist seal, the Suzhou word “hello” is the most unique welcome and blessing for new students.

In addition to the notice, the EMS envelope also contains a double gift carefully prepared by Soochow University for the “Little 21”: the e-book “Good Suda” and the limited edition “Golden List Inscription” postage machine promotional stamp. 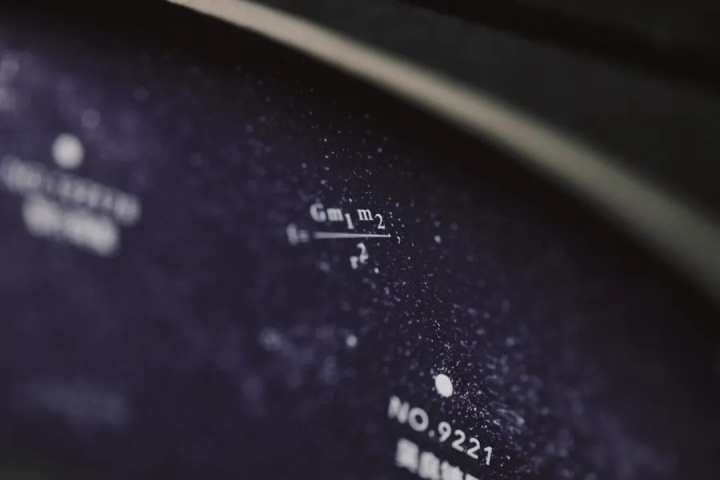 The 2021 undergraduate admission notice of Nanjing University of Technology has a strong book atmosphere. The overall shading of the notice is printed and dyed blue cloth design, and the middle part is made of hollow paper cutting shape as the belt, which is ancient and fragrant, and has a thick history. 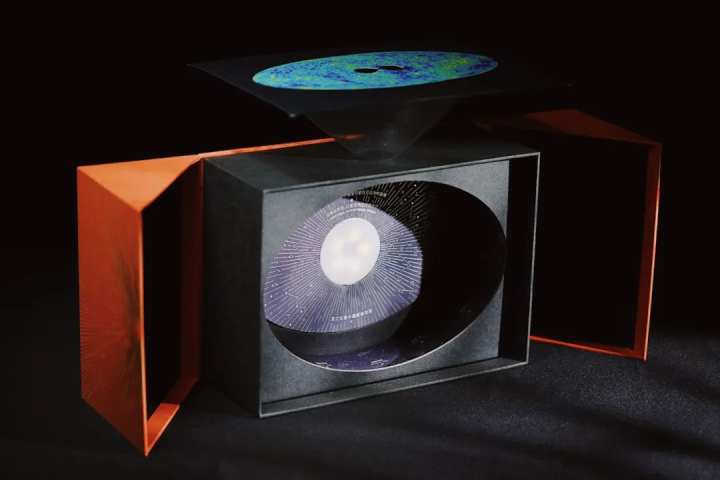 The notice is unfolded along the belt, and the school’s iconic building, the Tianbao Pavilion, comes into view. Above the Tianbao Pavilion is the school’s motto of “Mingde Houxue Shen Yi Xing”. The side is supplemented with heavy colors in the nature of oil painting, which is the geographical superiority of the old mountain and the Yangtze River. The design of opening and closing, the heavy colors, are consistent with the in-depth school environment, vigorous school achievements, and engineering characteristics.

This bookish admission letter is designed to welcome new students, and the inner core of the notice echoes it, full of the school’s hope and blessings for new students. 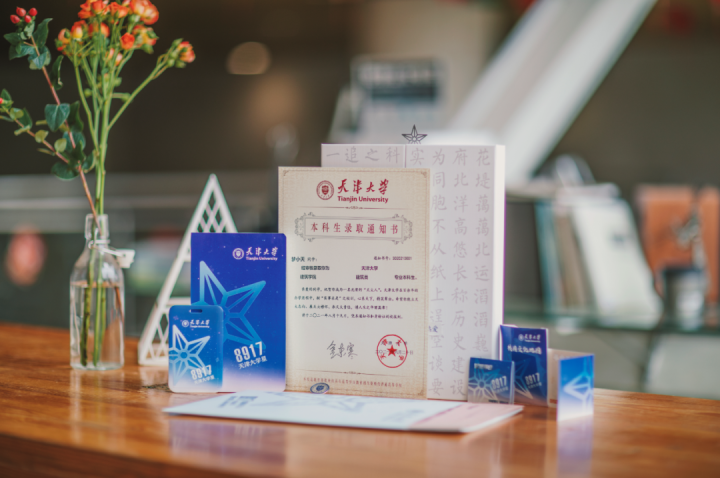 Although the box has not yet been announced, the school’s official blog has already announced a pilot film, and the theme is also related to “light” – “Believe in Light becomes light.” 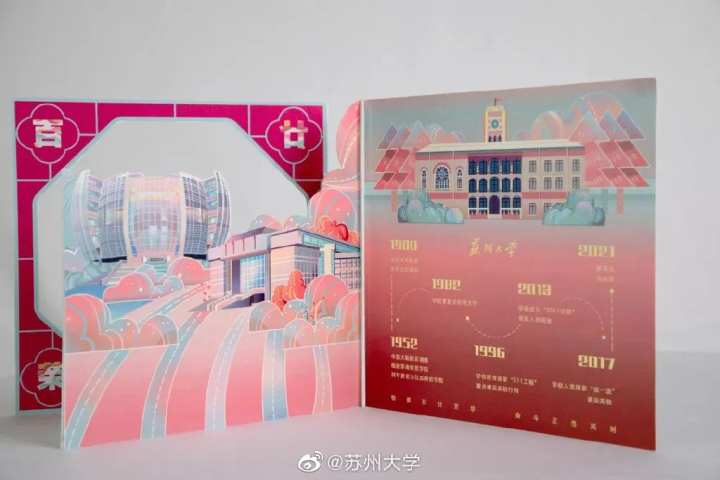 Space is limited, and there are many unmentioned Immortal Universities, whose notice do you want to receive the most? Welcome to share in the comment area!

I wish this year’s candidates to enter their favorite universities! 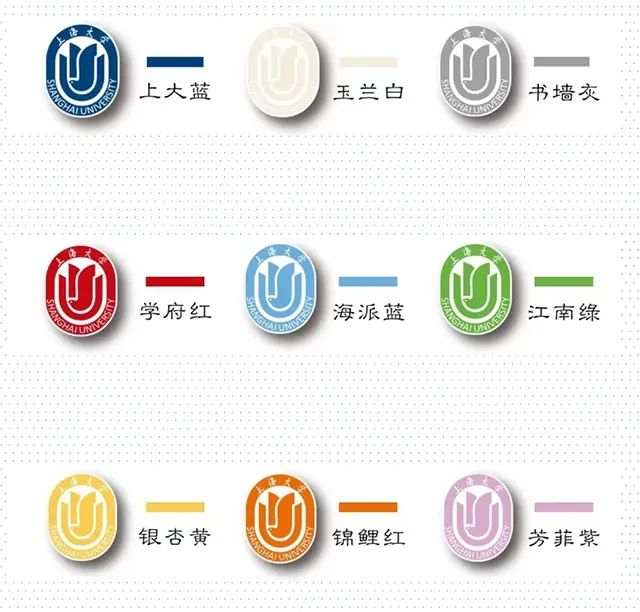 This article is the original work of Qianjiang Evening News, and without permission, it is forbidden to reprint, copy, excerpt, rewrite and carry out network dissemination and other copyright use of works, otherwise this newspaper will pursue the legal responsibility of the infringer through judicial channels.