Accepting bribes of more than 4 million yuan from the boss of the enterprise, Du Haiqing, deputy general manager of China National Gold Group, was investigated the second year after his retirement. On November 12, the Tieling Intermediate People’s Court rejected Du Haiqing’s criminal complaint for accepting bribes.

According to his public resume, Du Haiqing, born in November 1955, began to work in January 1974, joined the Communist Party of China in March 1978, has a college degree and is a senior economist. In October 2006, he was appointed by the State-owned Assets Supervision and Administration Commission of the State Council as the deputy general manager of China National Gold Group Corporation, and retired in October 2016.

As early as 10 years ago, Du Haiqing embarked on the road of no return in violation of the law. According to the Criminal Verdict of First Instance on the Crime of Bribery by Defendant Chen Zuyou issued by the Kaiyuan Municipal People’s Court in Liaoning Province in December 2018, the court found that in 2010, Chen Zuyou, a business owner in Zhejiang, approached Du Haiqing, then deputy general manager in charge of production management business of China National Gold Corporation, in order to undertake a mining project under China National Gold Corporation, asking for help. 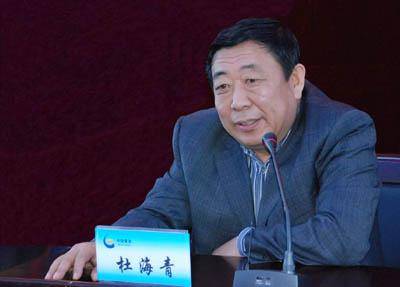 Chen Zuyou bribed Du Haiqing a total of 4.15 million yuan. According to the verdict, on August 12, 2017, in the course of investigating Du Haiqing’s suspected bribery case, the Tieling Municipal People’s Procuratorate asked Chen Zuyou to go to the Tieling Municipal Procuratorate for questioning, and he was subsequently placed on file for investigation and taken compulsory measures. In December 2018, Chen Zuyou was sentenced to one year and five months in prison and fined 200,000 yuan for bribery. 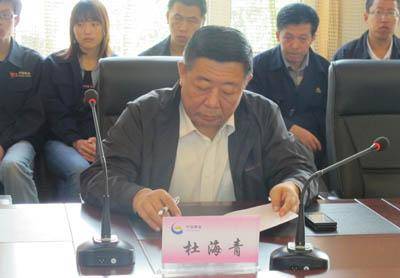 After review, the Tieling Intermediate People’s Court held that the facts of Du Haiqing’s crime of accepting bribes found in the original first and second instance judgments were clear, the characterization was accurate, the procedure was legal, and the sentence of the second instance judgment was appropriate, and Du Xu’s appeal was rejected according to law.

As of the release of the Oriental Net Longitudinal News reporter, the court has not disclosed the result of Du Haiqing’s judgment.