The history of pleated pants dates back to the last century, the 80s was a popular fashion for young people at that time, fashion is a big cycle, and now, it has also become a popular favorite. It is also the “darling” of fashion designers.

Young Chinese men in the 80s had almost one leg

Foreign countries are no exception

Designer Oliver Spencer once said: “Pleated pants bring great comfort to the wearer, they provide a comfortable way to wear it, and the pants can look neat while sitting on a chair.” ” 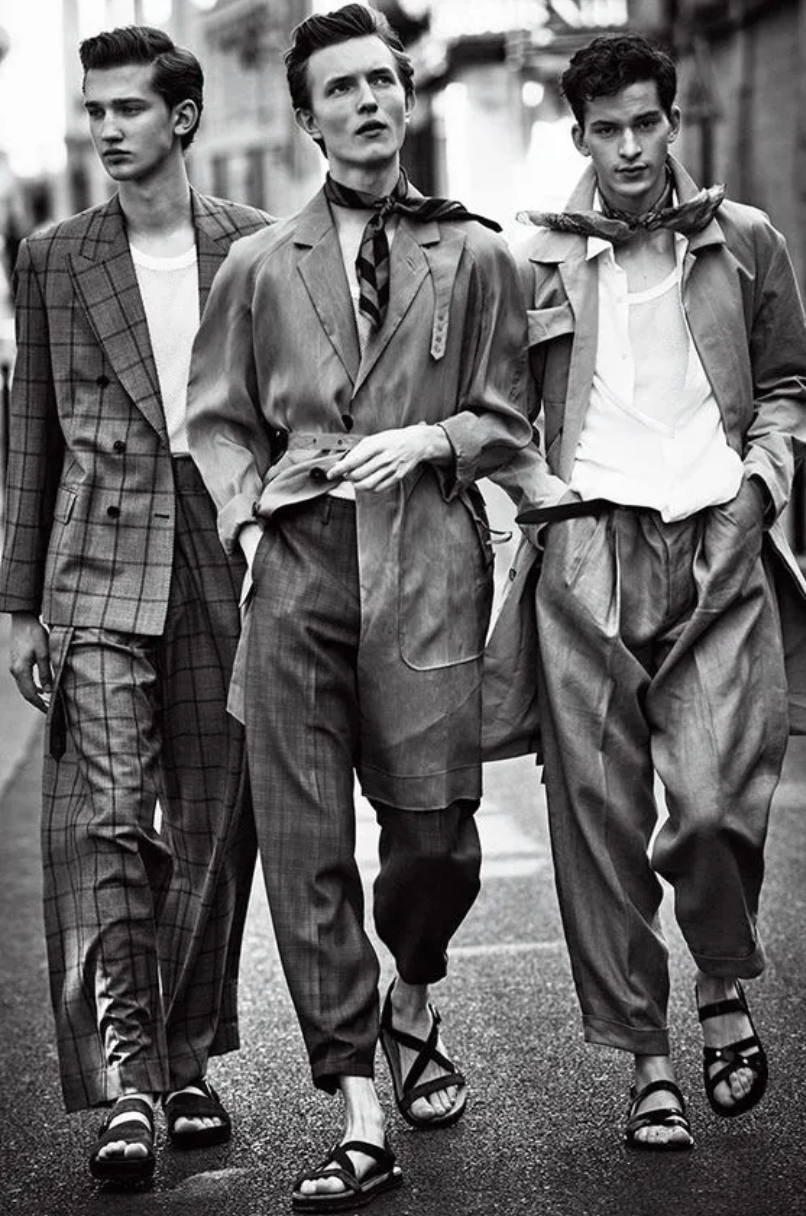 The magical “pleats” on pleated pants are the biggest plus of this pants type, which fit enough when walking, and the wide pleats that are open when sitting down have enough space to ensure that sitting for a long time will not be uncomfortable. In terms of function, it has half the freedom of sweatpants, and the appearance has the formality and elegance of a classical gentleman. 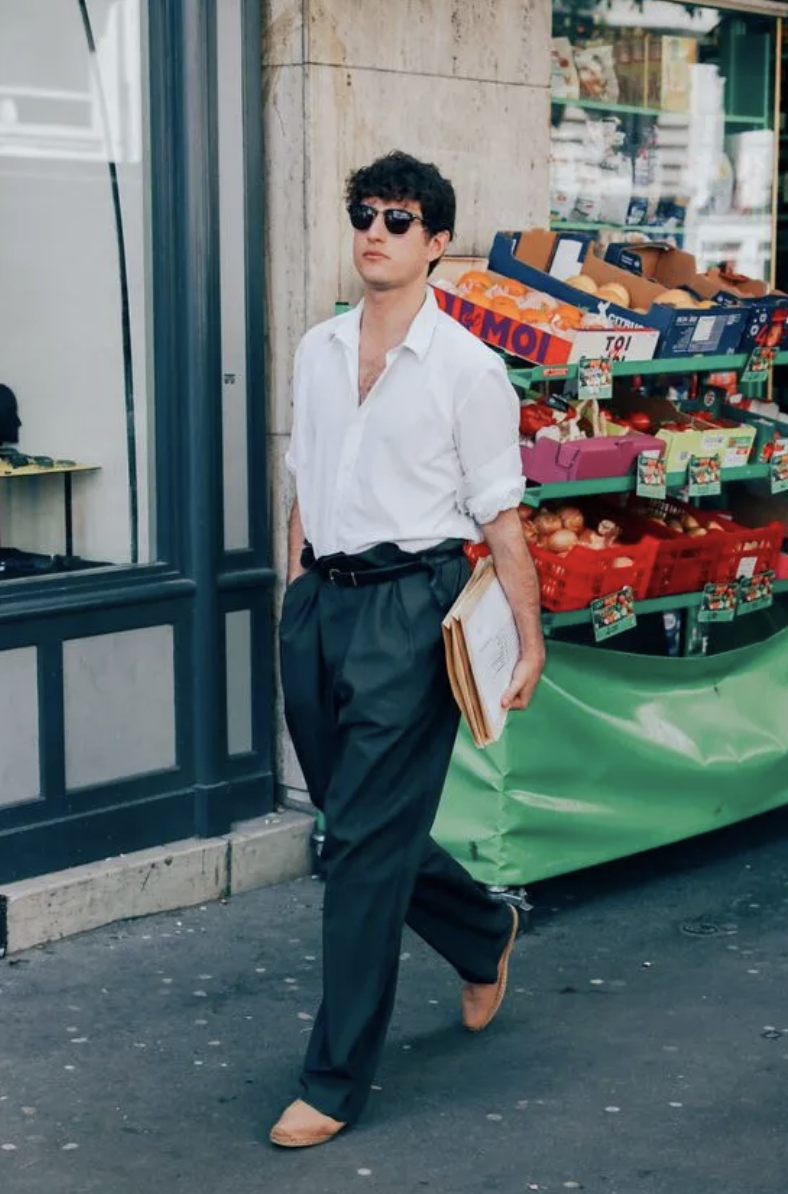 The “pleat” on pleated pants was actually to add an inch or so of fabric to each leg, and was originally supplied to officers who needed to sit for a long time during the war, and the pleats were invented to allow the pants to stretch while clinging to the waist. 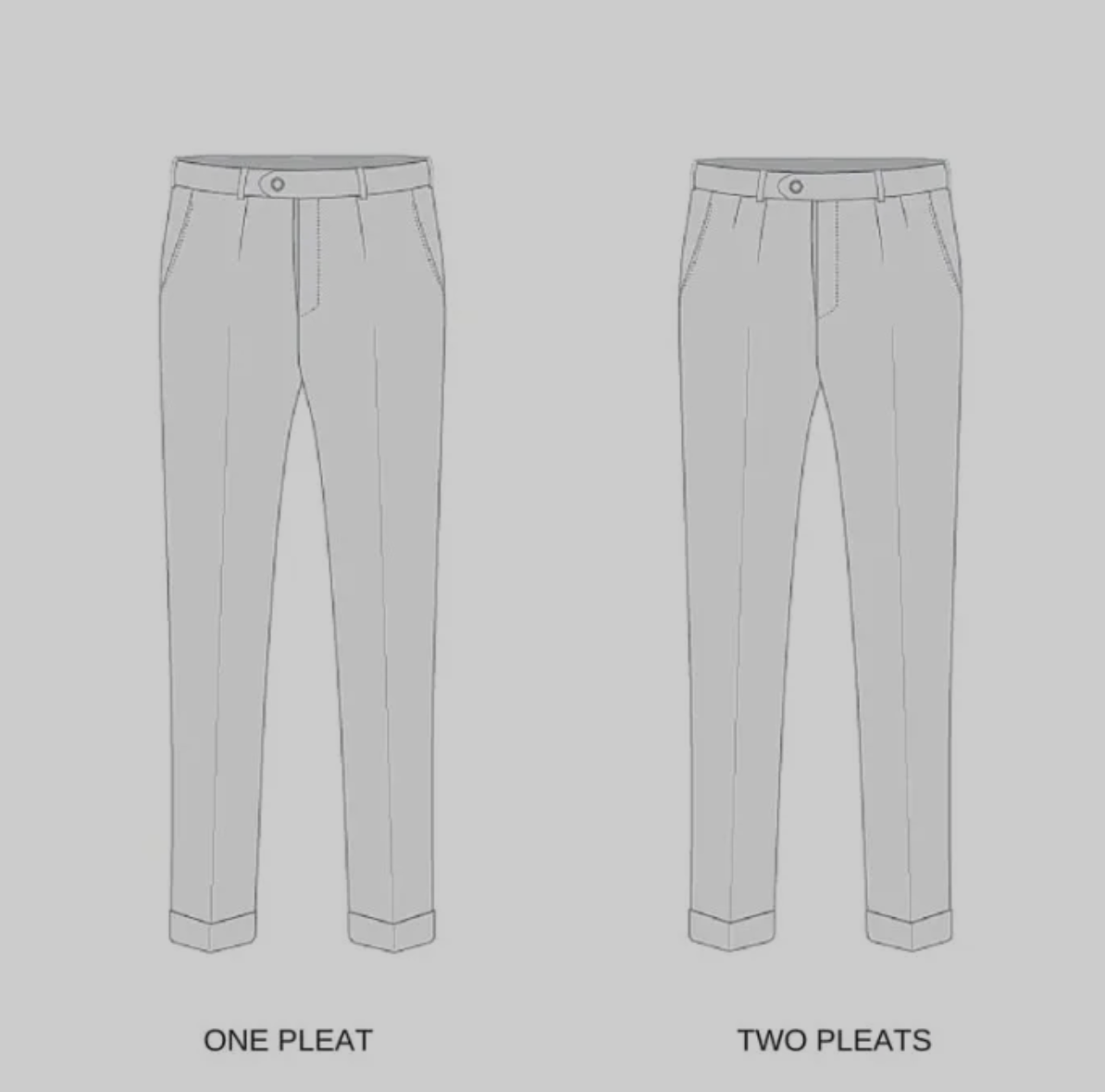 There are several types of folds:

。 The front pleats are neat, and the rear pleats are looser in shape. Both can appear in multiples, so there are single and double pleats on a pleated basis.

In the early years, the Skinny Fit (fitted straight-leg pants) was popular, and later the 90s street buster Baggy Pants (loose pocket pants) trend, pleated pants evolved peacefully between the two styles. The pleated pants that can fade the sense of age and highlight the modern sense are still inseparable 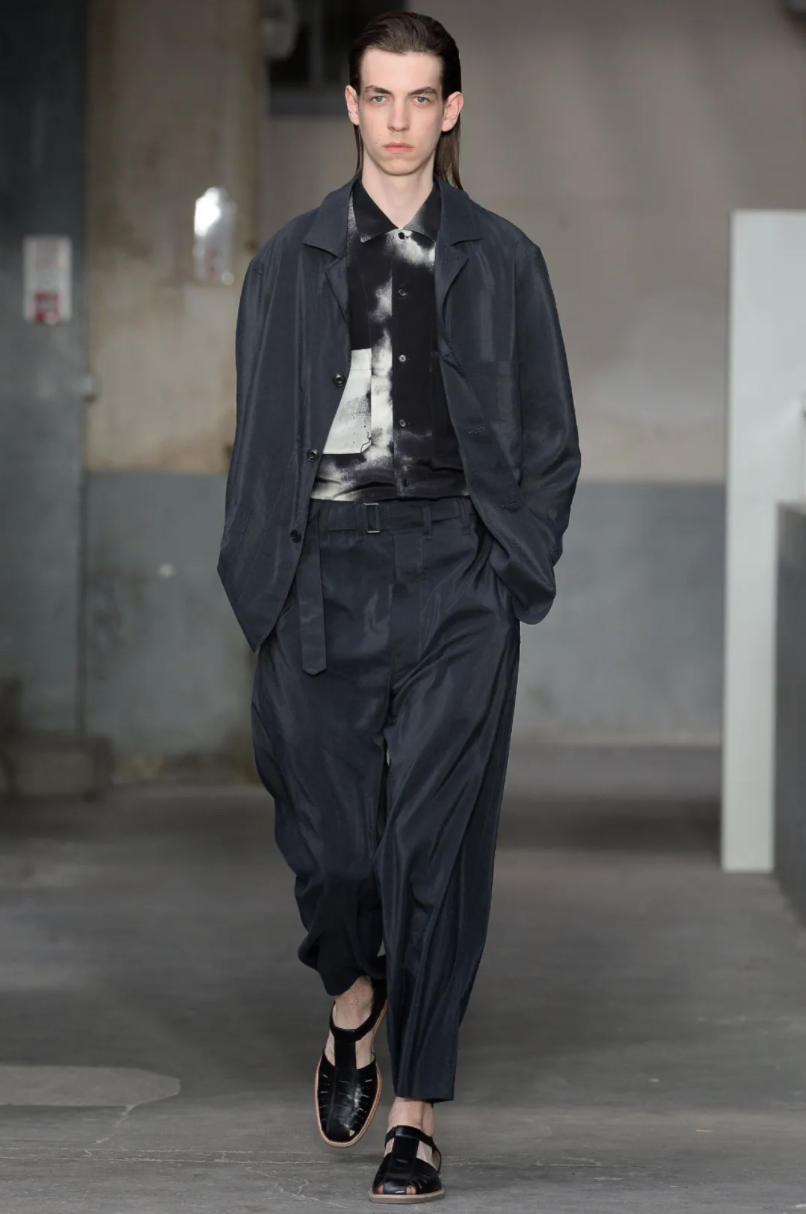 , in fact, everyone who has wearing experience should have experience: when the pants are stuck at the waist, the “pleats” on the pants will hang down naturally along the waist, highlighting the sense of human body line, and in the trend of Unisex genderless, women wear high-waisted pleated pants also have a special flavor, and they are more handsome under the atmospheric fit of men’s clothing.

However, in addition to “intergenerational prejudice”, this pants is also unpopular because it is very selective about the figure, but in the past few decades these problems of high body requirements have been solved, and today’s pleated pants are more in line with the needs of modern people, and the designer puts a few “folds” on a pair of pants that are already comfortable enough. After 2016, we began to see on the fashion bridge that designers can always complete different cuts of pleated pants just right, these pants based on the old-school fit are not too slim or too loose, and there are many other fabrics on the original suit texture, which has become the necessity of many Fashonista’s timeless looks.

Issey Miyake is the most flexible and versatile example of this European and American clothing form among Japanese brands:

Lemaire, the brand of Christophe Lemaire, former director of Hermès, who also focuses on the combination of daily and formal, also has pleated pants almost every season. Uniqlo’s designer brand collaboration collection can buy pleated pants by Lemaire. 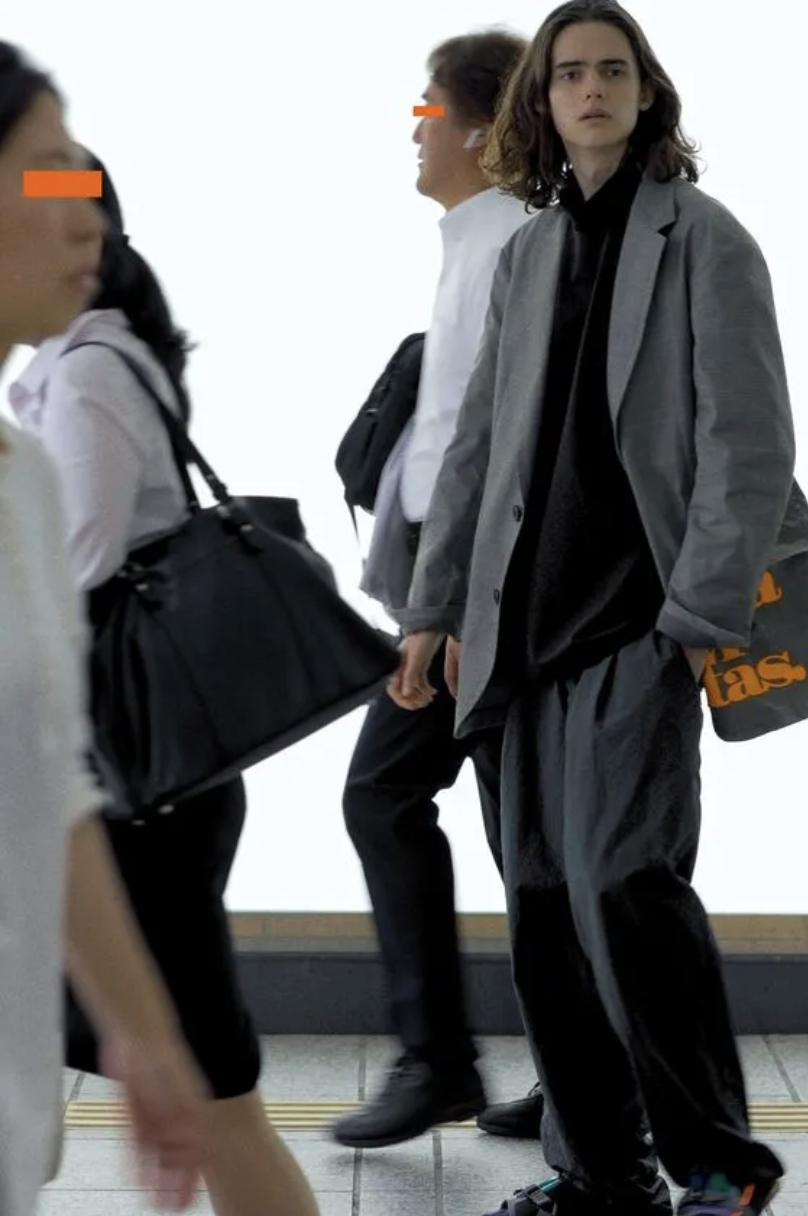 Before the 1970s, fashion around the world was almost following the trend route established by European fashion designers, but from the 1980s, the ambiguous design style represented by the United States and Japan gradually became clear:

The modern style based on pragmatic sportswear comes with casualness and freedom. 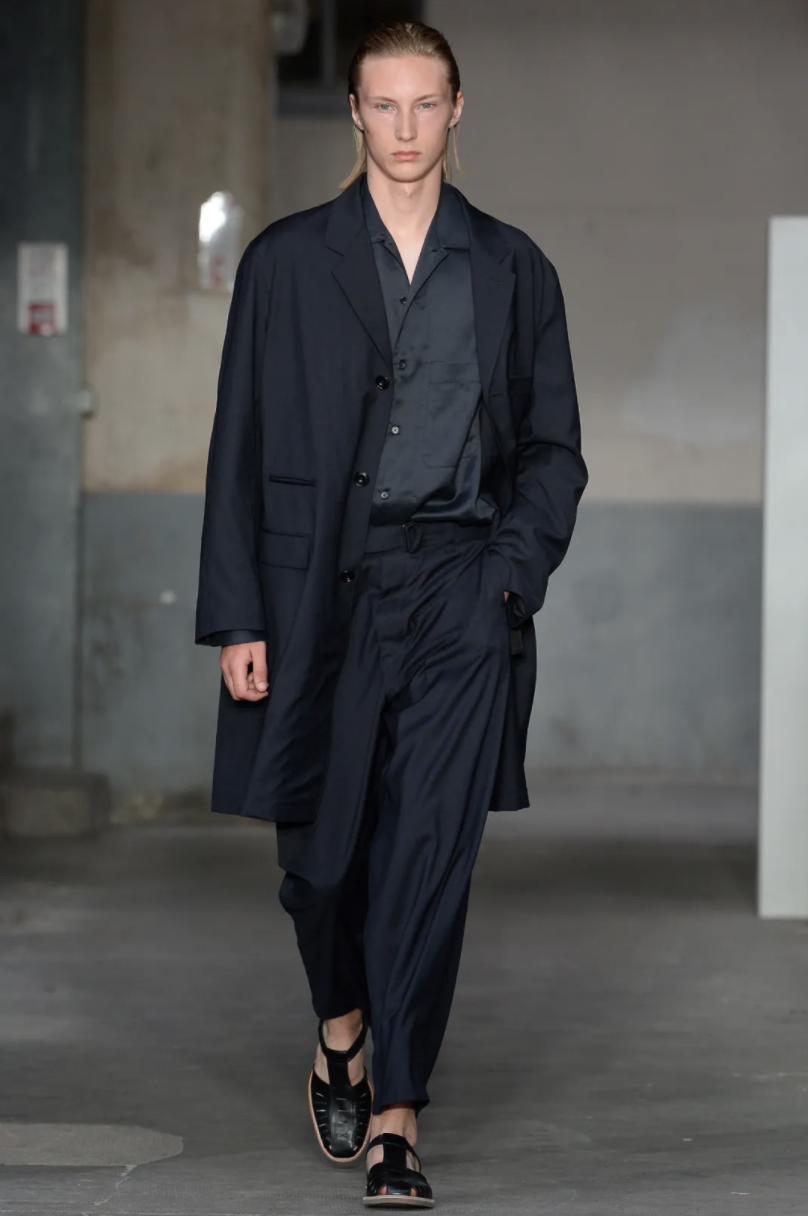 Not only does clothing fade the original “social attributes”, such as class and identity, occupation and status, etc., but also more related to “clothing to the human body” itself, but also in the original focus on highlighting the flow of the human body and blindly advocating the sense of the sense of the line of the body completely liberated, it is no longer one of the signs ready to go. 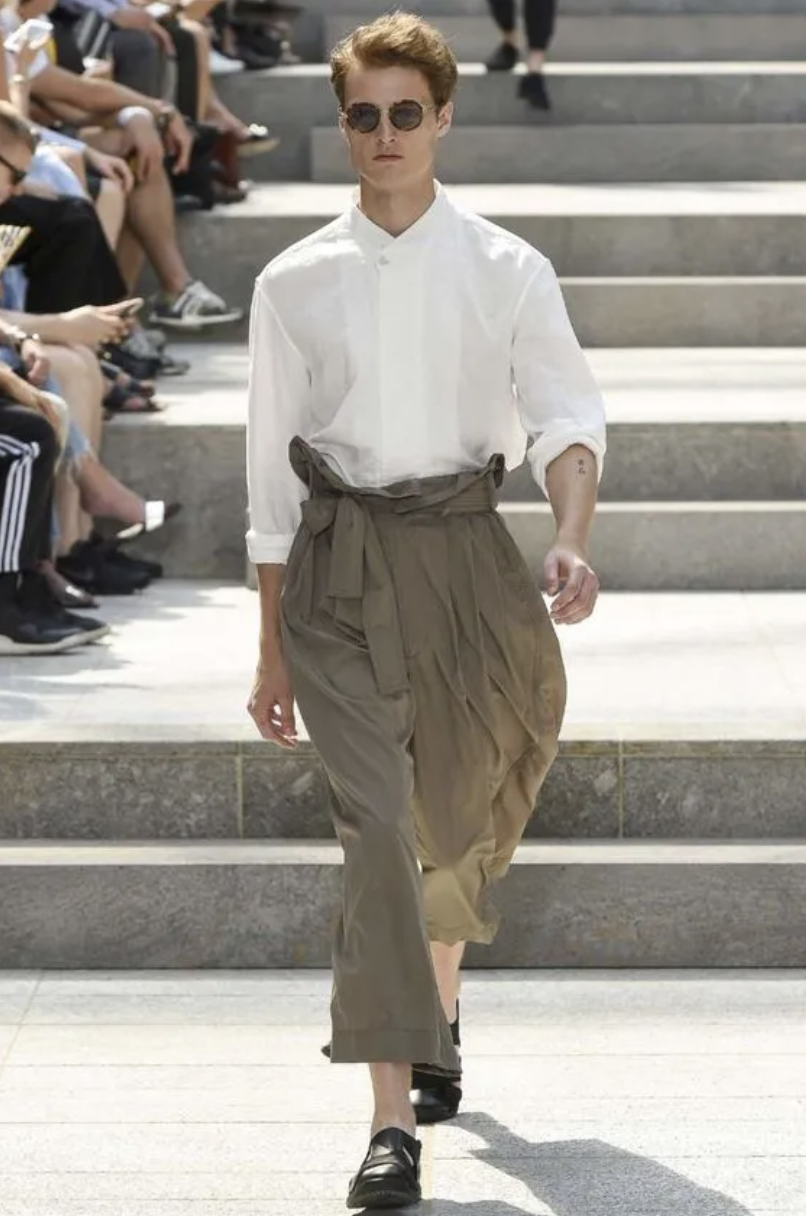 The shape of high-waisted pleated pants is not just “high-waisted” and “regular” as before, but is based on the silhouette of sportswear, and new fabrics are inspired by the cotton and linen of casual wear 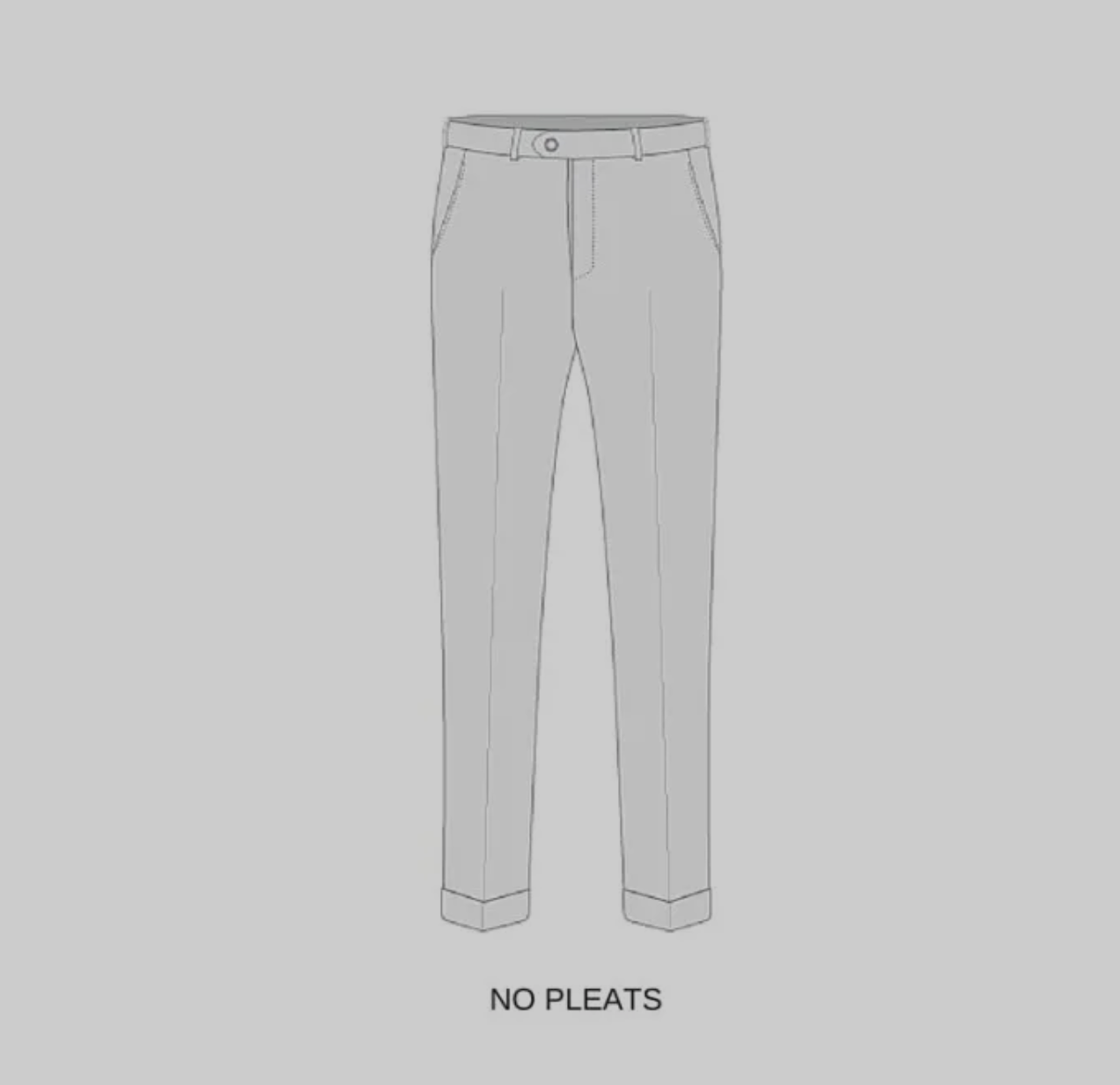 The reason this fashion trend is more resonant with most people today is that it has so many design possibilities that fit in almost everyone.