| channels around the world

｜ channels around the World

Burgos Cathedral is a Spanish Catholic church. Located in the historic city of Burgos in northern Spain.

In 1221, King Fernando III of the Kingdom of Castile and Mauricio, Bishop of Burgos, ordered the construction of the Cathedral of Burgos. However, it took three centuries from the time the king himself laid the first foundation stone to its completion in 1567. 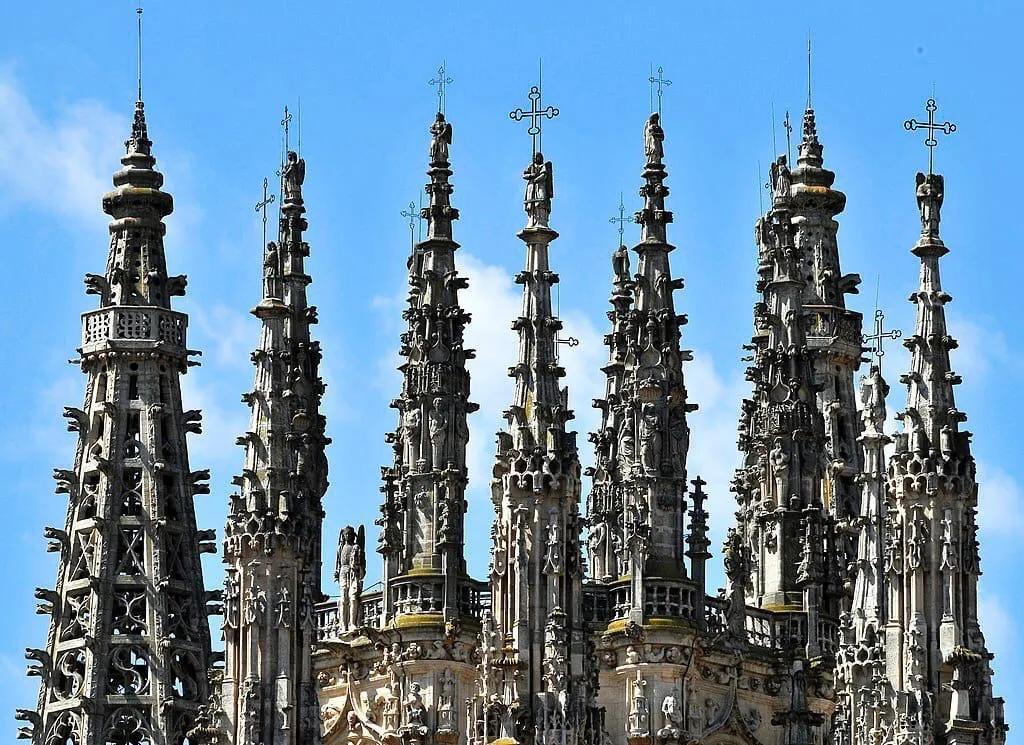 Burgos Cathedral is a Gothic building with white limestone and a spire throughout the church. The church is 84 meters high, majestic and imposing. At the top of the two towers, a pair of pinnacle-spires carved in stone plunge into the sky. 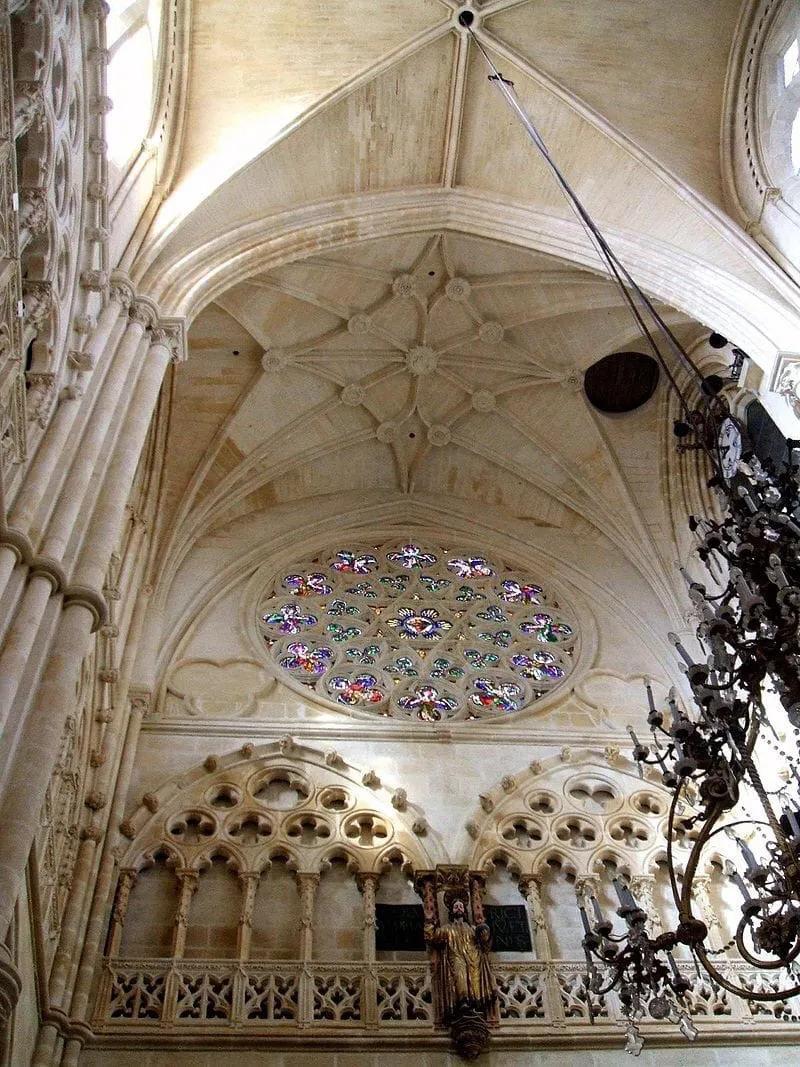 The interior of the church has the main cathedral, the commander’s chapel, the golden staircase, the side nave, the cloister and other main buildings. The main hall is a cross-shaped parallel hall. At the cross-shaped intersection stands a tombstone inscribed with the names of Cid, the famous military commander of 11th-century Spain, the national hero who fought the Moors, and his wife, Madame Jiméne. Cid is an Arabic transliteration meaning “lord”, referring to the Spanish knight Rodrigo Dias de Bivar, who occupies an important position in the church. Legend has it that Dias killed the father of his fiancée Jimena for the sake of family honor, and Jimena asked the king to execute Dias, but the king refused because Dias defeated the invading enemy and persuaded Jimena to abandon her original request and consummate their marriage.

The circular dome of the ceiling above the stele is covered with stars, which are 54 meters away from the ground. There are a total of 103 yellow-pulled walnut chairs at the choir seats. The high row seats feature carvings depicting the Old and New Testaments. The low row seats depict some myths and legends and stories and scenes carved. The carvings are all ancient works from 1507-1512. 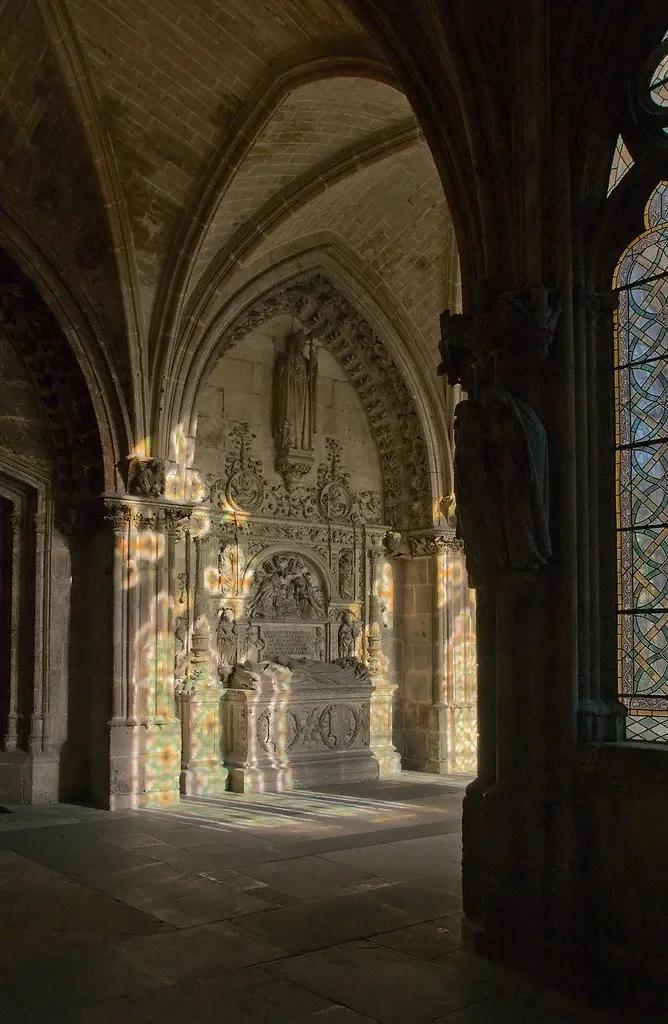 Deep in the main cathedral there is a large Renaissance altarpiece, decorated with many relief figures of circular busts inlaid in niches. The Commander’s Chapel houses the tomb of Cid and his wife, hence the name. The hall has a very luxurious vaulted roof and is equipped with a star-shaped tower skylight. The white marble statues of the commander and his wife on the tomb are closed and lifelike. The so-called golden staircase is named after the staircase railings with ornate gold flowers and leaves, figures and openwork decorations with various intricate patterns. The Golden Staircase has two support staircases on the left and right, which are Renaissance works. There are several chapels in the side nave, one of which is the interior of the chapel of St. Christ, where the eyebrows and skin of the statue of Christ are transplanted from a real human body.

White marble statue of Cid and his wife 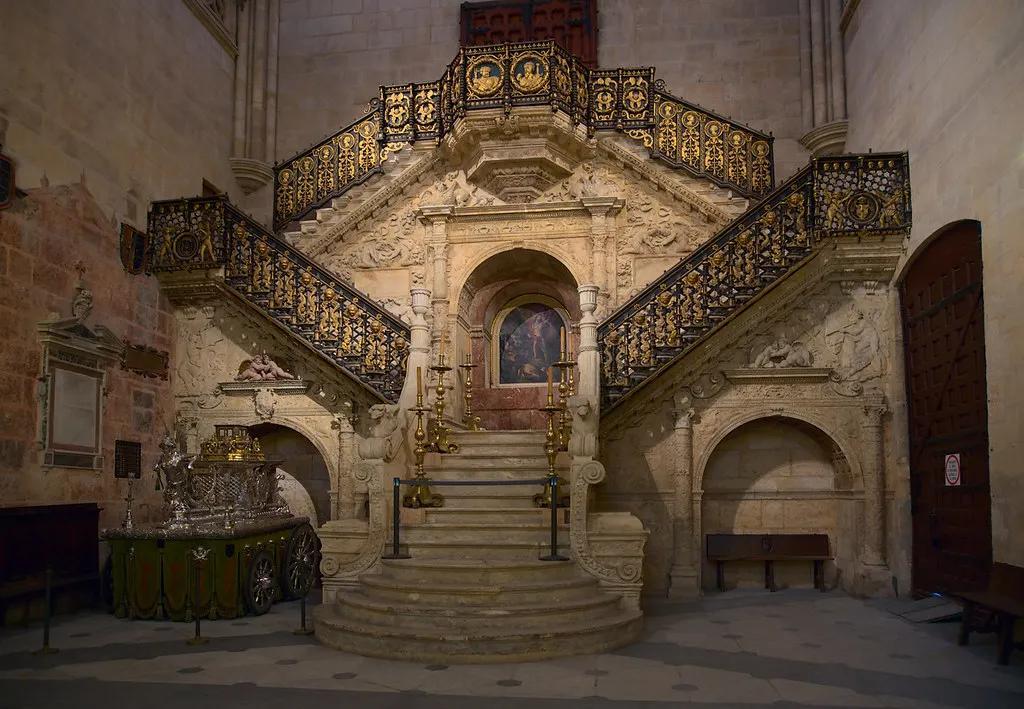 There is also a museum inside the church with many ancient gold and silver jewelry and a historical painting depicting the tribute paid by Arab kings to the King of Castile, as well as a manuscript of ancient documents equivalent to Cid’s marriage certificate.

The golden ladder is divided into two side support ladders 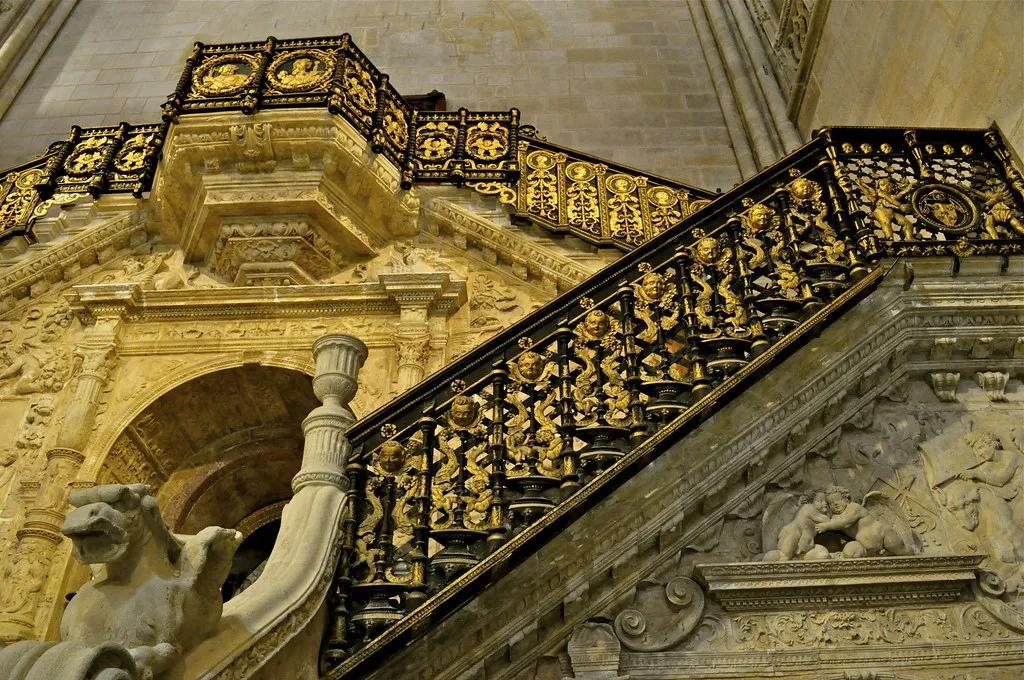 | channels around the world

｜ channels around the World 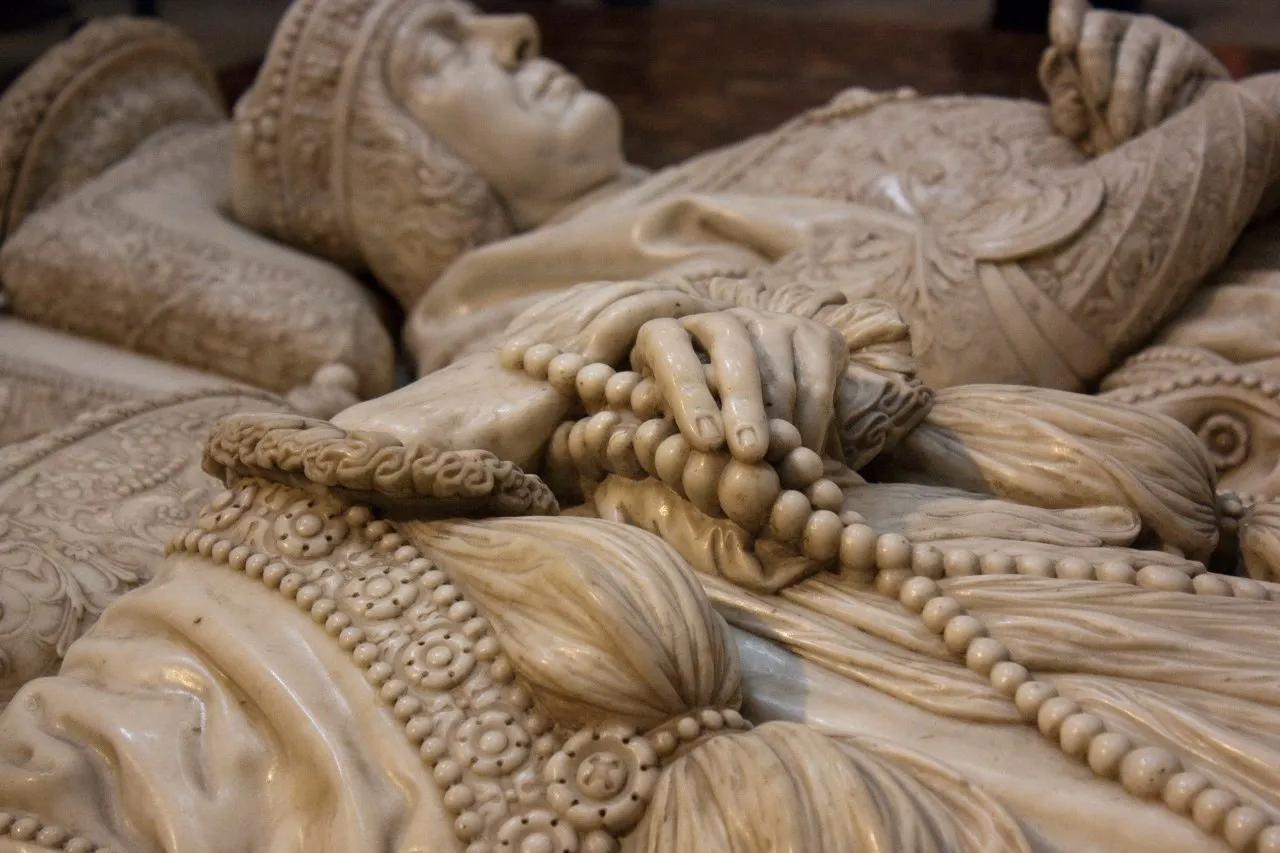