This seemingly fig leaf-like thing, called the “crotch bag”, was once a place of competition for aristocratic lords. / Portrait of Guidobaldo II de la Rowere

As we all know, men in the new era are mostly very low-key about their crotches. If the crotch is too tight, it is inevitable that someone will grab the handle and become the target of group ridicule.

But looking back at European painting in the 15th and 16th centuries, we will be surprised to find that the crotch of the men’s pants, as if circled with the focus, stands out from the picture – exquisite luxury, elegant and raised, not inferior to Michael Jackson’s “underwear outside”. 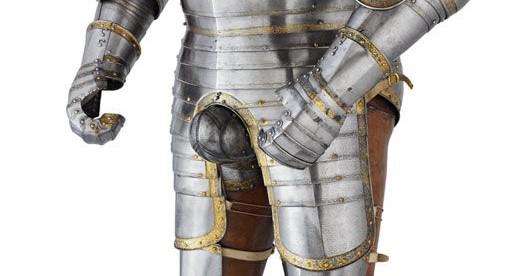 This seemingly fig leaf-like thing, called the “codpiece”, was once a place of competition for aristocratic lords.

The birth of the crotch bag is to talk about the embarrassing years when there were neither underwear nor pants. 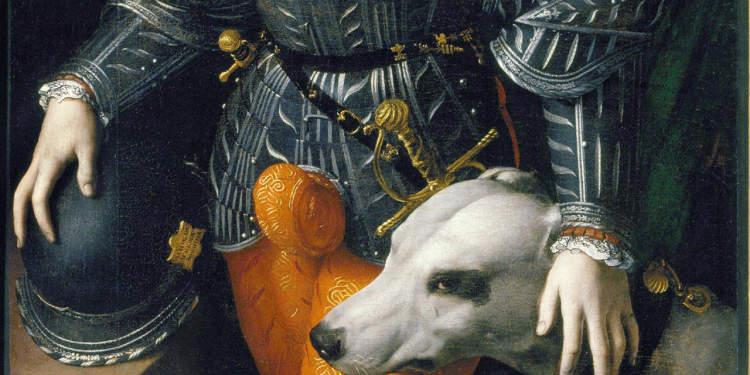 We know that the ancient Greeks wore robes, and a piece of cloth was “eternal god.” And the ancient Romans, both men and women, wore skirts or robes – so that no one cared if there was a bare ass under the robe.

Even in the Middle Ages, everyone’s clothes were mainly long, sheltered and warm, and few people cared about pants.

Are you wearing pants today? Nobody really cares. / Stills from “Tyrant Burning the City”

Until the late Middle Ages, men’s blouses began to become shorter and shorter, because short tops were more suitable for horseback riding, hunting, and allowing people to move freely. But the question arises, what to wear on the legs? 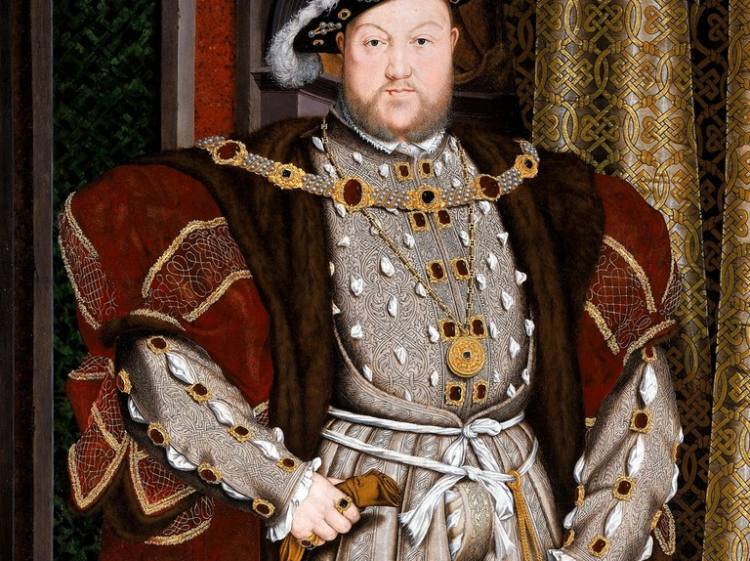 And so “hose” was born—yes, that woman’s pantyhose, once the preserve of men.

However, unlike today’s crotch tights, the wearing principle of tights at that time was similar to “suspender stockings”: the two trouser legs were separated, usually made of wool and linen, and needed to be fixed to a tight top or doublet when worn.

The legs are falling, but the crotch is still “vacuumed”. At first, the cropped jacket also had a “small skirt” to take care of Tintin’s feelings. But as the top gets shorter and shorter, the boys’ crotches can’t be hidden, and if they’re not careful, they may expose the big baby to broad daylight.

As the tops became shorter and shorter, the boys couldn’t hide their crotches. / Stills from “His Royal Highness”

According to records, in a church in Tuscany, Italy, in 1429, the priests had warned the local parents that the combination of short blouse + leggings would not only be offensive, but also would cause their sons to attract dangerous aggression.

In 1463, the Parliament of England issued a proclamation mandating that every male citizen must cover “his private parts and buttocks.” 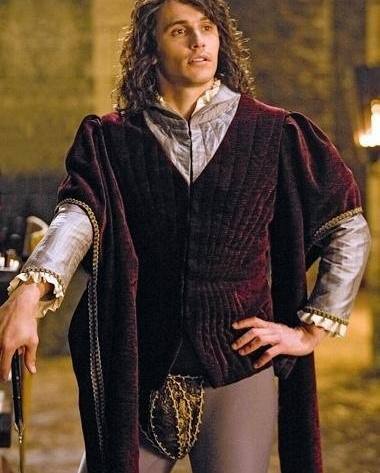 The crotch bag has become a shame weapon for men.

At first, it was just a simple and pragmatic triangular fig leaf, the size of which depended on the size and was not too decorated. But unknowingly, it is involved in the male “crotch race”. 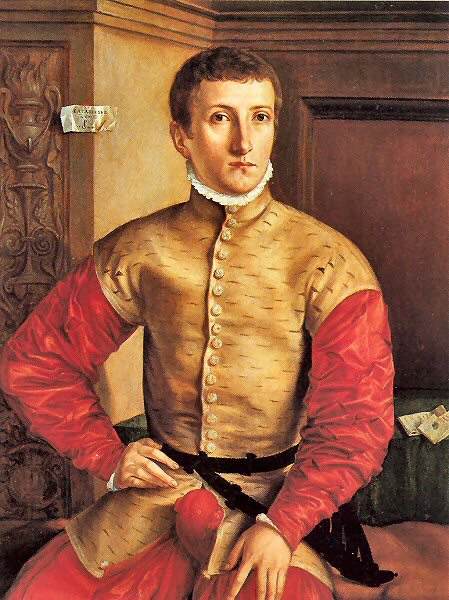 Henry VIII, who loved face, made his crotch extremely large, even if the hem of the dress had grown to the knee, he still had to open a “curtain” in front of the skirt to show the crotch bag proudly; Immediately afterwards, he installed a metal crotch bag on his combat armor – even in front of the enemy, he did not forget to show off, worthy of being a representative of the male style of a country.

What can make a crotch look more faced? The fabric must be thick first. Secondly, there must be fillers, such as cotton, linen, and so on.

Just “big” is not enough, the crotch bag must be gorgeous enough, elegant enough, expensive enough – silk grosgrain, gold wire embroidery, and even sewn with rare treasures, the crotch is getting more and more curled.

Gradually, the men had a new idea – to put things in their crotch bags. Gold coins, small keys, all stuffed in. In general, it is necessary to be practical and convenient, but also to support the face of the crotch, which can be described as killing two birds with one stone. 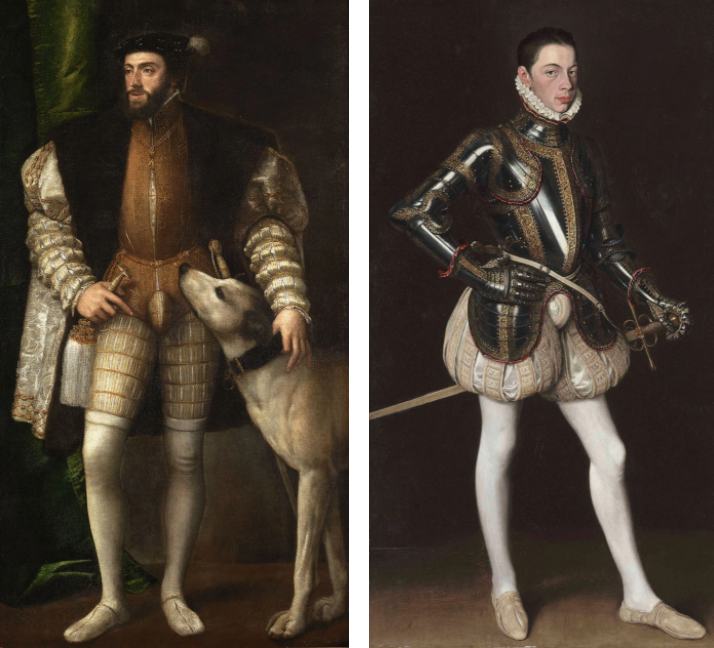 Having a proud crotch not only has a face among brothers, but also arouses the admiration of women.

Shakespeare’s colleague, the English poet and playwright George Peale, wrote in the play Wily Beguiled that the man who fascinates women has “a sweet face, a beautiful beard and an indulgent crotch bag.”

It is worth noting that “crotch bag involution” is only a game of noble men, and commoner men do not have the financial resources and energy to participate. Our great philosopher Montaigne said: “This thing is empty and meaningless, and we little people are embarrassed to mention it, but they show it off openly.” ”

In front of the enemy, do not forget to show off the crotch. /Wiki commons

The 16th century was the highlight of the crotch bag. Because chivalry was all the rage at the time, and knights admired honor, courage, and everything that could show masculine masculinity.

After the 17th century, the crotch bag culture declined rapidly. Historians believe that it fell out of favor because fashion at the European court began to be led by femininity, delicate ruffles, breeches became popular, and people paid more attention to the face and hips than to the man’s crotch bag. 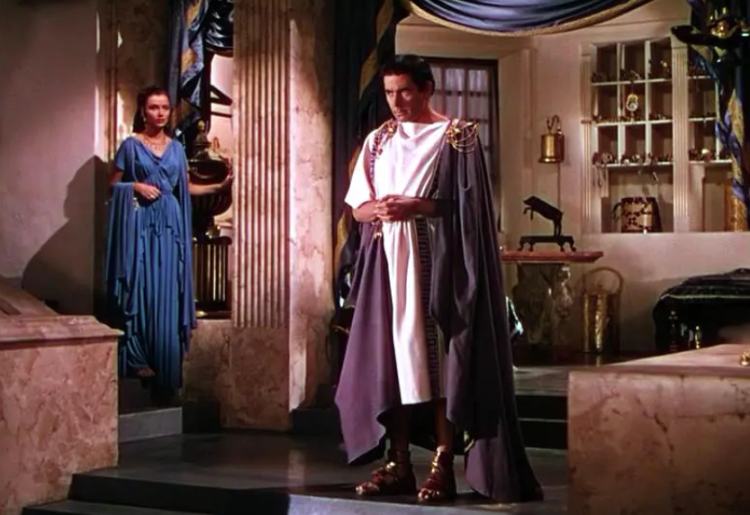 Of course, this is not to say that the crotch is no longer important, but the race around the crotch has shifted, from above ground to underground. Otherwise, male hyaluronic acid will not quietly become popular, and Viagra will not sell well overseas for 20 years.

Earthlings Research Report: A History of Crotch Enlargement in Men

Du Shaofei | A Brief History of Pockets: Did you know that the front chest pocket came from the crotch?

University of Cambridge | What goes up must come down: a brief history of the codpiece

The New Yorker | A Brief History of the Codpiece, the Personal Protection for Renaissance